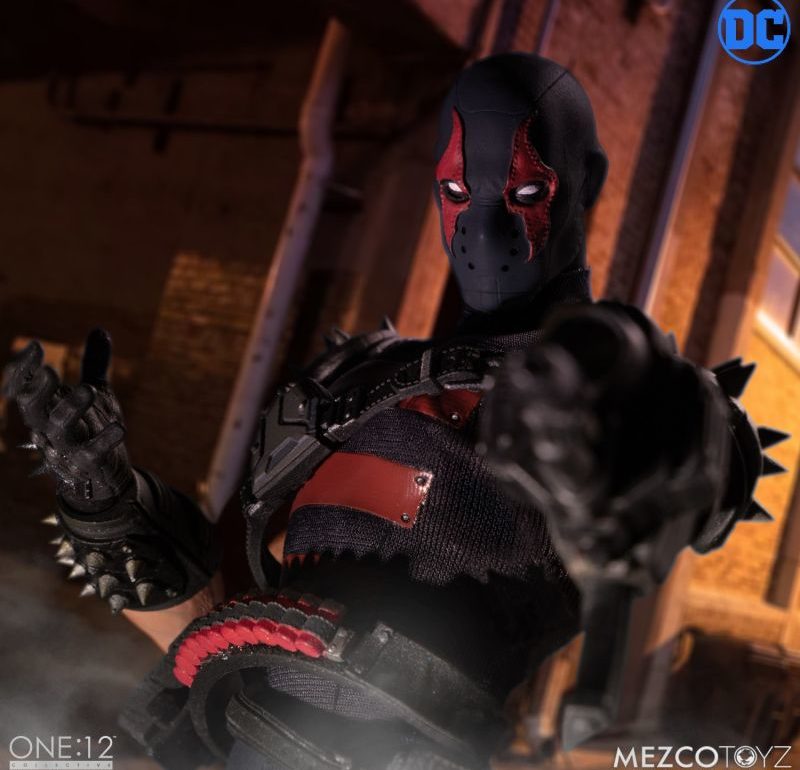 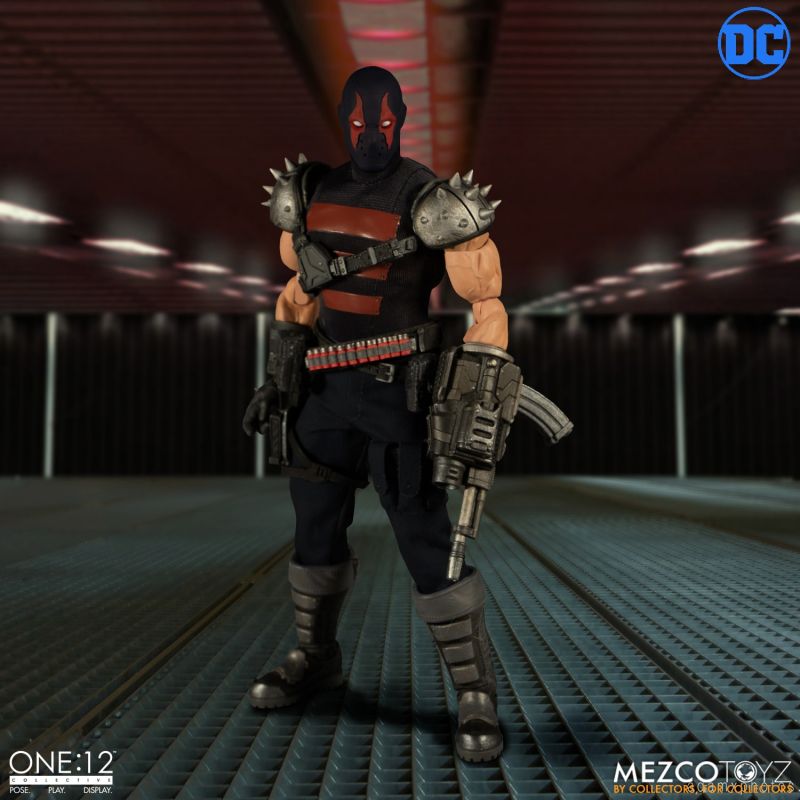 If you hear the name Anatoli Knyazev you will more than likely think of CW's Arrow where Anatoli is a friend and former foe of Oliver Queen aka The Green Arrow but Knyazev is also a constant thorn in the side of Batman and mixes it up with the Dark Knight and the Bat-Family quite often. The KGBeast comes with a slew of weapons and blades for his arm allowing for a wealth of different poses.

Check out some product shots below to get a closer look at the KGBeast including his different head sculpts and various weapons.

The KGBeast's weapons assortment is quite impressive and in addition to the various arm attachments, you also get some conventional firearms as well as hammer and sickle weapons.

THE ONE:12 COLLECTIVE KGBEAST FIGURE FEATURES:

Each One:12 Collective KGBeast figure is packaged in Mezco's collector friendly package designed with collectors in mind.

If you would like to add the One:12 Collective KGBeast to your collection you can pre-order the figure here.