Before King of Fighters XIV originally debuted last August, we shoed all of the characters here at R.A.G.E. Works. There were a lot of extreme moves and some crazy looking newcomers. Now the game is adding some favorites from the past starting with Whip. Everyone has a team of three so we knew she had some partners coming. The first of those two is none other than the violently insane gangster, YAMAZAKI RYUJI! 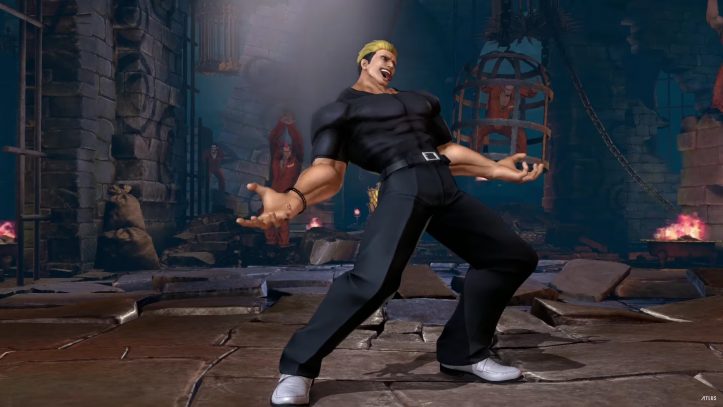 If you have ever watched anime and seen one of those over-confident, loud-mouthed gang bosses that scare people even before they beat the crap out of them, that is Yamazaki through and through. The problem is there is no hero coming to put him in his place so this guy is going to run roughshod over the tournament. With backup like Whip in his corner, there will not be much to stop him. ATLUS has not given us a date on his launch so I will wager that April 5, 2017 he will make his debut along with Whip.