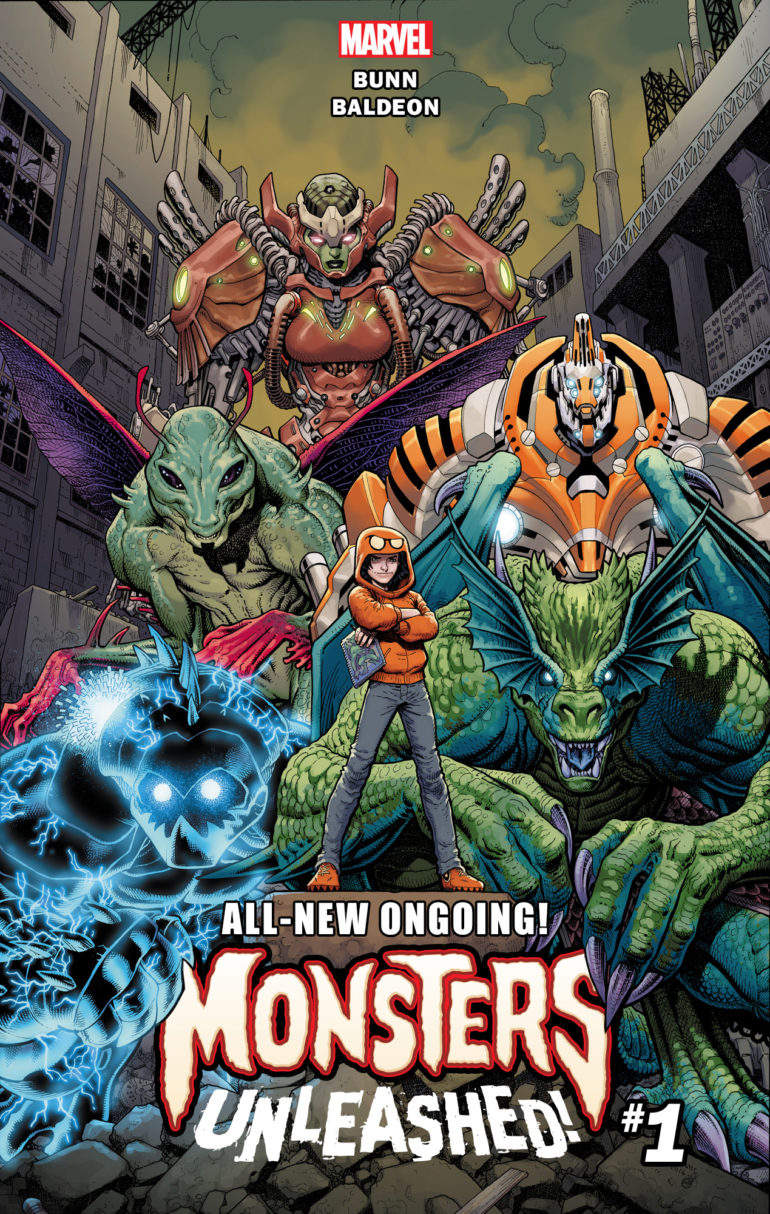 What do you guys think of an ongoing Monsters Unleashed series? Is it something you would check out?

New York, NY—January 20th, 2017 —This spring, the most destructive force in the Marvel Universe is answering to…an eleven-year-old boy? Exploding out of the Monsters Unleashed event, five gargantuan beasts are smashing their way into an all-new ongoing series in April’s MONSTERS UNLEASHED #1! Creators Cullen Bunn (Monsters Unleashed, Uncanny X-Men) and artist David Baldeon (Nova, Web Warriors) bring you a brand new adventure as big as the monsters themselves!

If you’ve got a big problem, they’re the big solution! To fight the monsters of this world – you need to unleash even bigger monsters! With that in mind, Kei Kawade a.k.a. Kid Kaiju and monster hunter extraordinaire Elsa Bloodstone assemble five of the deadliest, most destructive monsters imaginable. AEGIS, SLIZZIK, SCRAGG, MEKARA, and HI-VO – gargantuan beasts with the power to level city blocks. What is their mission? Are they here to help…or destroy? Their appearance hasn’t gone unnoticed – as everyone from the Avengers to S.H.I.E.L.D. to Damage Control wants to shut them down!

“Kei and his monsters are under a lot of scrutiny from the heroes of the Marvel Universe, government agencies such as S.H.I.E.L.D. and corporate entities like Damage Control,” says writer Cullen Bunn in an interview with Marvel.com. “And it’s not just the forces of good who are paying attention to Kei and his monsters. There is a sinister cadre of villains who are very interested in Kei and his unusual abilities.”

Can the denizens of the Marvel Universe accept a team of massive marvelous monsters in their midsts? Or will they be deemed too dangerous to be left unchecked? Either way – they’re here to stay! Follow their adventures this April when Bunn and Baldeon bring you the all-new ongoing series, MONSTERS UNLEASHED #1!