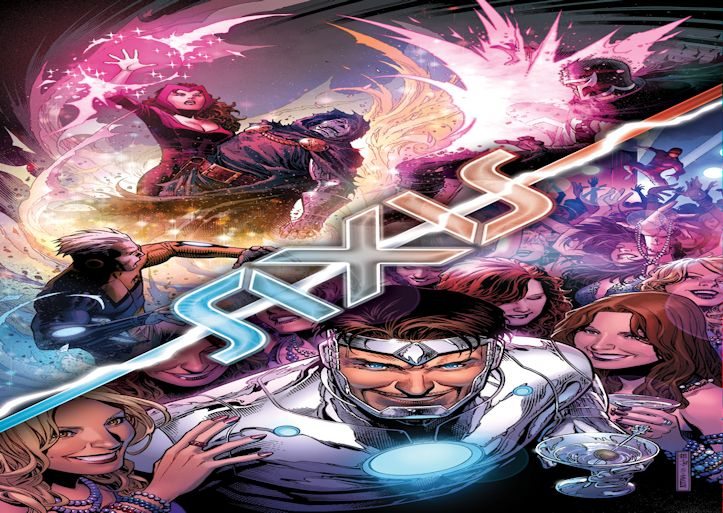 The battle lines have been drawn and the fate of the Avengers and X-Men will be forever changed as mutant kind rallies to become the dominant race on planet earth with Apocalypse leading the charge. Friends become foes as everyone chooses a side. When the dust settles the Avengers and X-Men we know will look quite different and some of your favorites will no longer be as righteous as they used to be.

The Apocalypse Has Begun – Your First Look at AVENGERS & X-MEN: AXIS #6!

This November, the X-Men are finished cowering in fear. The noble mutant nation is proud to rise up and take their rightful place as Homo Superior in the name of their new leader – Apocalypse! And they’ll put an end to anyone who stands in their way! Today, Marvel is pleased to present your first look at AVENGERS & X-MEN: AXIS #6 from blockbuster creators Rick Remender and Terry Dodson! Prepare for the senses-shattering end to Act II: Inversion as the Marvel Universe descends into Act III: New World Disorder!

New York City now belongs to the mutants, taken over by those who once protected a world that hated and feared them. The Avengers as we know them are gone, twisted and corrupted. Battle lines will be drawn as friend and foe alike choose sides – and the battle for the survival begins. No fan can afford to miss this epic clash as sparks fly this November in AVENGERS VS. X-MEN: AXIS #6!

For more on Avengers & X-Men: AXIS, please visit www.marvel.com. Join the conversation on Twitter with hashtag#MarvelAXIS and don’t forget to follow us at @Marvel [www.twitter.com/Marvel]!