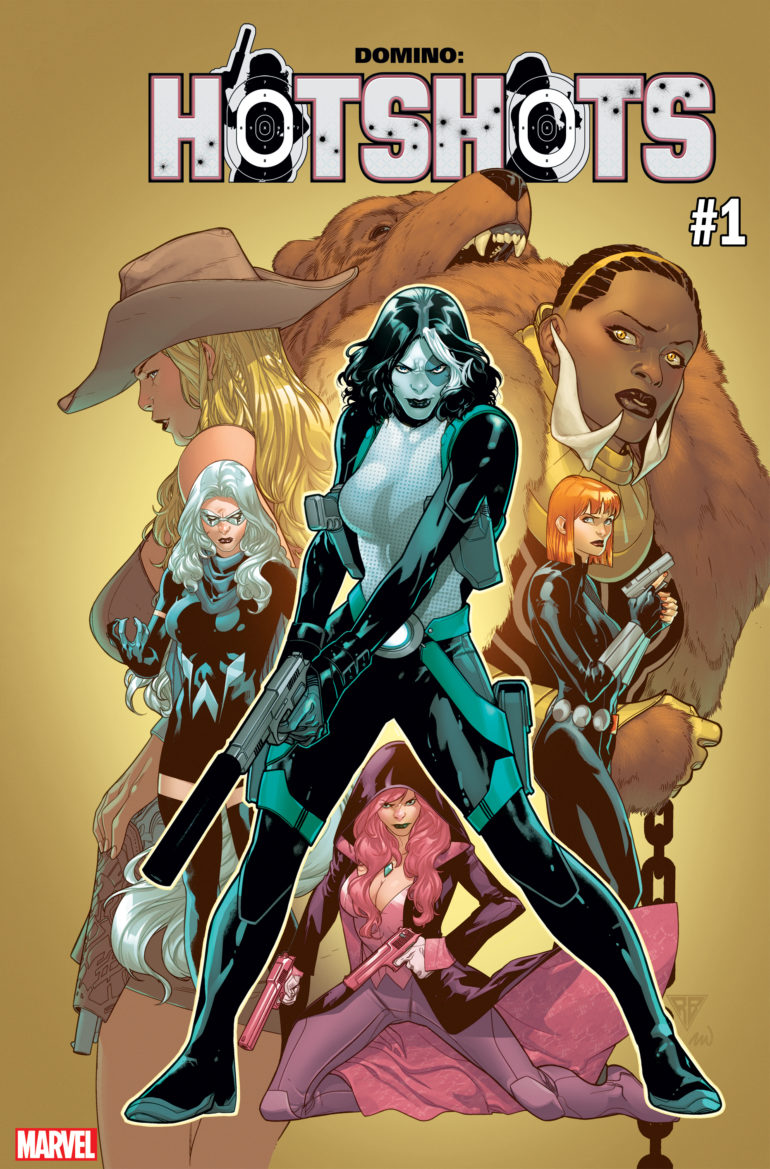 My Take: What happens when you bring together some of Marvel's most dangerous femme fatales and pair them with X-Force's Domino? You get an action packed team of ass kicking women and with Gail Simone in the mix there sure to be a lot of fireworks, trash talking and action. As someone who feels Domino was severely underutilized prior to her appearance in Deadpool 2 I am glad to see her leading a team.

“So, it’s like this,” teased series writer Gail Simone. “Marvel came and said they love the team aspect of DOMINO and want to expand it even further. They said, you get to keep writing your favorite Marvel ladies, with your favorite Marvel artist, but on top of that, you get to ADD MORE AMAZING CHARACTERS YOU LOVE. It took about two seconds for me to say, ‘I’m IN, I AM SO IN.’”

“Is it just me or is it getting hot in here? Marvel’s greatest femmes fatale assembled for a very specific mission (if they don’t kill each other first, natch!),” added series editor Chris Robinson. “After launching DOMINO to huge acclaim earlier this year, I’m absolutely thrilled to have Gail and David bringing the HOTSHOTS into the Marvel Universe (and our hearts!)”

“Domino feels she has to grow up a little, and some of the new agents have virtually NO sense of humor. And they find an object that is something very close to the heart of the entire Marvel Universe,” said Simone. “The only problem is EVERYBODY wants it. We’re having a blast. It’s Domino, but with a bunch of the coolest characters in comics, kicking international covert butt and taking names. Best of all, it’s drawn by the incredible David Baldeon. This is the stuff I most love writing, and David is THE guy to draw it all and make it brilliant. I couldn’t be happier. Where do we go from here? THE HOTSHOTS AIN’T TELLING.”

Who are the hotshots? Find out this March, when DOMINO: HOTSHOTS #1 hits local comic stores!