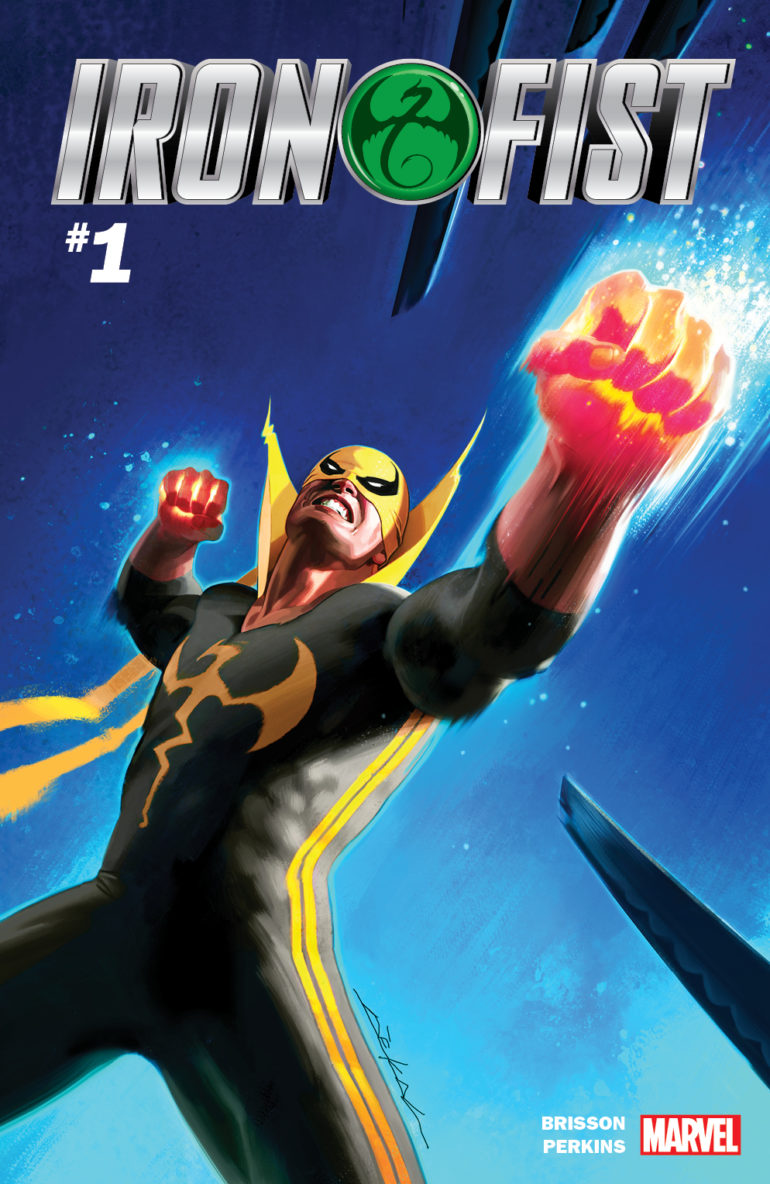 My Take: I am not surprised a new Iron Fist book is hitting stores shelves just in time for Iron Fist Netflix series as fans learning about the character  for the first time will want to grab some books to get better acquainted. Iron Fist is an interesting character that I hope hits his stride as he is part of Marvel's mystical universe that new fans are only now learning about thanks to Dr. Strange and Agents of S.H.I.E.L.D. : Ghost Rider.

Danny Rand has always straddled two worlds – Earth and the mystical realm of K’un Lun. Now, with K’un Lun in ruins, he’ll question his place in both worlds more than ever.  The chi fueling his fists is wavering. Danny will push himself to his breaking point, finding fights to prove his worth. But a bigger fight than he can handle may have found him first. When he is transported to the mysterious island of Liu-Shi, he’ll come face-to-face with the fight of his life! What powers and secrets do the island and the Seven Masters protecting it possess?

“Danny is going up against seven masters who all seem to have a personal vendetta against Danny,” says writer Ed Brisson, in an interview with Marvel.com. “Even those who don’t, they’ve got their own reasons for wanting to see Danny fail. Each is a master of Kung Fu, though they’ve each brought in other influences. Some have dabbled in mystical enhancements or elemental powers. Danny has never faced off against so many skilled combatants.”