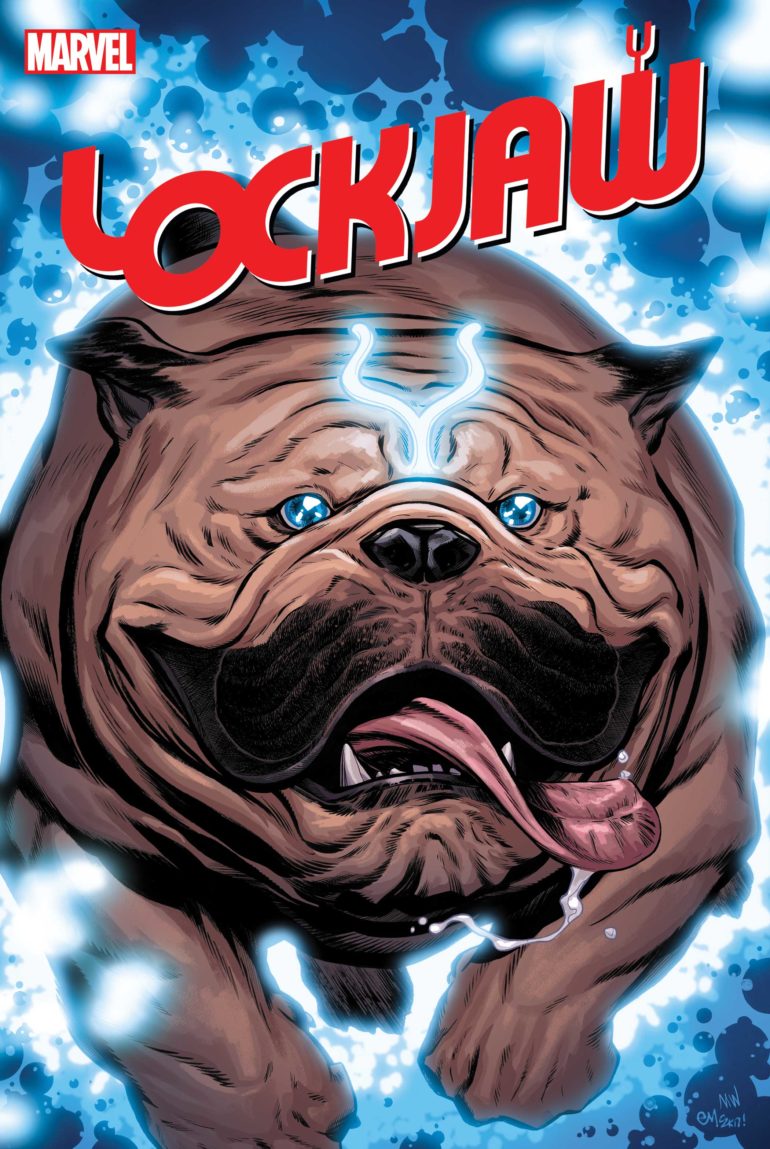 Lockjaw goes solo this February as fans learn more about the Inhumans protector including the origin of his teleportation powers. Is Lockjaw the only one of his kind or are there others like him? All will be revealed when the Lockjaw miniseries kicks off in 2018.

My Take: When the recent Inhumans television series was initially announced all eyes were on how they planned on bringing Lockjaw to life. The Inhuman pet/sidekick was brought to life as best as can be on a television budget but fans took to the character regardless with plush toys, Pop! figures and much more. It will be interesting to see how fans respond to the series and if Lockjaw is a compelling character without his Inhuman masters.

Marvel Announces LOCKJAW Comic
The teleporting canine will embark on a whirlwind adventure in his new series!

New York, NY—November 8, 2017— He’s been a breakout star since he could bark, a faithful sidekick to his Inhuman masters, and has helped protect an empire. Now, he’s got his own mission to take on — Marvel is excited to announce LOCKJAW #1, a new four-part mini written by Daniel Kibblesmith with art by Carlos Villa.

When Lockjaw finds out his long-lost siblings are in danger, he’ll embark on a journey which will result in a teleporting, mind-bending adventure. “We’re super excited about this book. Daniel Kibblesmith—a hilarious writer who works on The Late Show and recently published a book called Santa’s Husband—has cooked up an incredibly fun, heart-filled romp around the Marvel Universe,” said series editor Wil Moss. “Back in BLACK BOLT #5, writer Saladin Ahmed and artist Frazer Irving finally settled the mystery of Lockjaw’s origin: He’s definitely a dog, birthed by a dog, who happens to have the power of teleportation. But now we’re going even further: How did Lockjaw obtain that power? And is he really the only Inhuman dog in the universe? So in issue #1, we find out that Lockjaw’s got brothers and sisters. From there, we’ll be following everybody’s best friend around the universe as he tracks down his siblings—along with a surprising companion, D-Man! It’s gonna be a fantastic ride, all beautifully illustrated by up-and-comer Carlos Villa! So grab on to the leash and come with!”

You heard us: Grab a leash, prepare your mind, and teleport along with Lockjaw when LOCKJAW #1 hits comic shops this February!