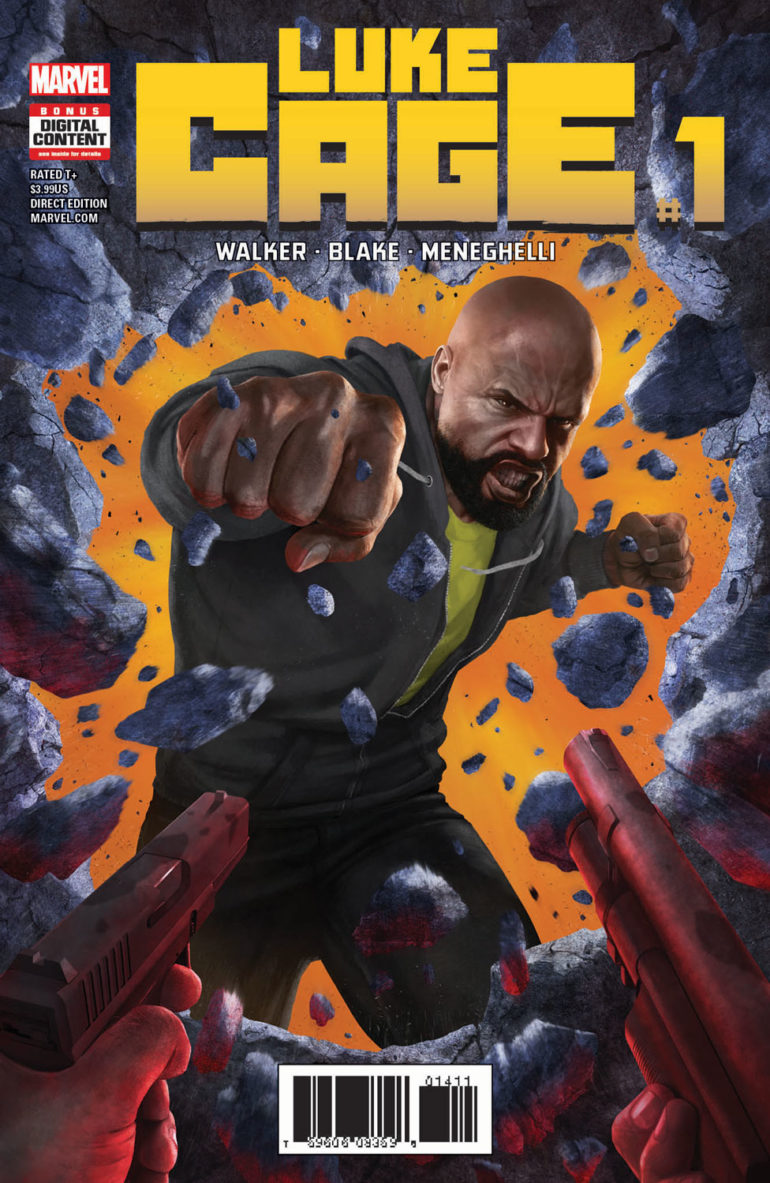 Luke Cage trades the street of Harlem for the Big Easy next month as Marvel announces a new Luke Cage series.

My Take: The Defenders is around the corner and Marvel wants to ensure they keep Harlem's Hero for Hire in front of as many eyes as possible. The series brings back Dr. Noah Burnstein who was introduced in the Netflix series as the scientist that conducted experiments on the inmates at the facility where Luke Cage was held. Keeping familiar faces in the mix will help new readers coming into the series after watching it on Netflix. We'll see if all the fans that loved the series will help this series grow and succeed. Head to stores on May 17th and show Power Man some love.

Check out the variant covers as well as a sneak peek at issue #1 below.

New York, NY—April 19th, 2017 — Harlem’s Hero for Hire is going solo once again this May, and the unbreakable hero is off to New Orleans to uncover a mystery stretching back to his very origins! Today, Marvel is pleased to present your first look inside LUKE CAGE #1 – the hard-hitting new series coming from critically-acclaimed writer David F. Walker (Power Man and Iron Fist, Occupy Avengers) and rising star artist Nelson Blake II (Romulus)!

It’s big trouble in the Big Easy! Dr. Noah Burstein, the man who made Luke Cage into the unbreakable hero he is today, is dead. So when Luke heads to New Orleans for the funeral of his mentor and father figure, he’s looking for answers. Mysterious billionaires, a woman with a secret, super-powered gangs and more than a few shadowy figures lead Luke to the conclusion that there’s more to this death than meets the eye. This Hero for Hire is on the case for free, and so help anyone who stands in his way!

Cage is out for answers – and he’s not above using a little force to get them! The underworld of New Orleans won’t know what hit them when Luke Cage comes to town! Don’t miss the explosive first issue when LUKE CAGE #1 comes to comics shops everywhere on May 17th!