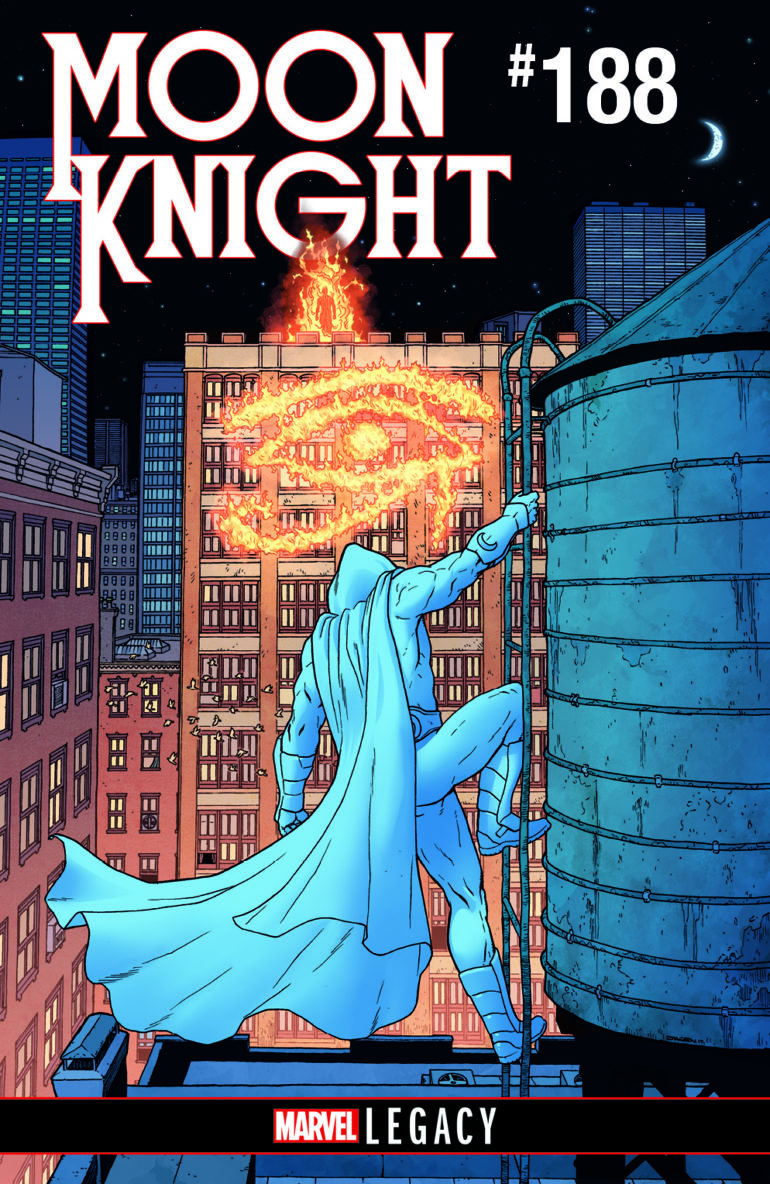 Moon Knight gets shot in the arm courtesy of the Marvel Legacy change with Max Bemis Jacen Burrows bringing their talents to the series.  Moon Knight will be facing a brand new nemesis beginning in this book who intends to turn Moon Knight's world upside down.

My Take: Moon Knight has been riding a wave of momentum recently thanks to solid work put in for this series. With rumors of impending live-action series on the horizon I think we are going to be seeing a lot more of Marc Spector in the coming months.

Check out the sneak peek of Moon Knight #188 below. Will you be picking this up?

Your first look as Max Bemis and Jacen Burrows take on the Marvel superhero!

New York, NY—October 11, 2017—Everyone’s favorite superhero oddball is about to have a new beginning in Marvel Legacy, as Max Bemis and Jacen Burrows have teamed up for an explosive story in MOON KNIGHT #188.

“Max and I are really striving to put something together that is unique and interesting while drawing from Moon Knight's long history,” said series artist Jacen Burrows. “This next chapter in Moon Knight's life is going to permanently affect this character's path and we are working hard live up to the task.”

While Moon Knight may have vanquished his mental demons, it doesn’t mean that he’s not in for trouble with a mysterious new nemesis – a dangerous enemy who will change his life forever and keep him from the shadows.

“Moon Knight has been in a sort of creative renaissance since Warren Ellis and Declan Shalvey relaunched the character in 2014, all the way through the amazing arc recently completed by Jeff Lemire, Greg Smallwood and company,” said Burrows. “We hope to continue this by making the next important chapter in Marc Spector's life thought provoking, intense, a little scary, and a little funny.”