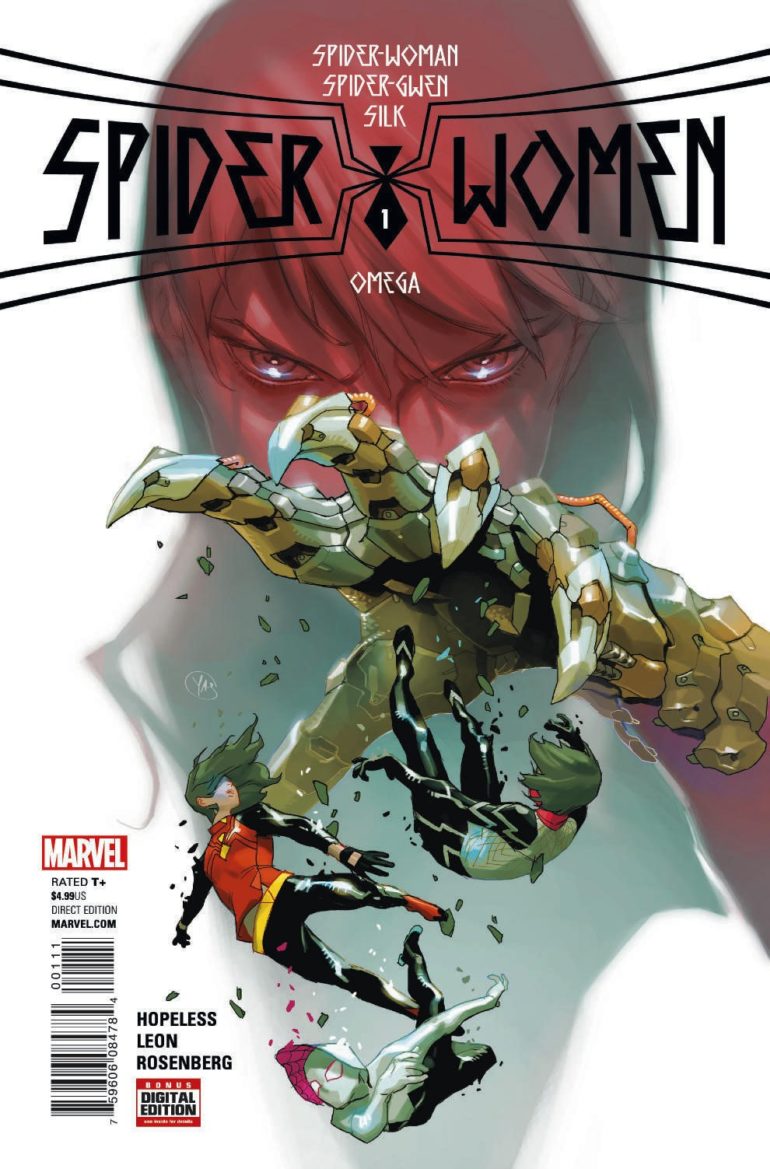 Marvel's web-slinging ladies take center stage in this new 8-part Spider-Women Omega series featuring Silk, Spider-Woman, and Spider-Gwen. Silk has become a favorite of mine and I am glad to see Marvel using in a larger capacity. Check out a preview of the covers and artwork below.

Swing Into Your First Look at SPIDER-WOMEN OMEGA #1!
The Can’t Miss Finale!

New York, NY—May 2nd, 2016 —The final battle begins this May as these three wallcrawling, web slinging women charge headlong into danger in SPIDER-WOMEN OMEGA #1 – the epic conclusion to the Spider-Women crossover! Writers Jason Latour, Dennis Hopeless, and Robbie Thompson all join forces along with artist Nico Leon to bring this 8-part crossover to its blockbuster end. With Silk out of commission, Spider-Woman and Spider-Gwen make their way back to Earth-65 for a desperate, impossible battle. They’re outgunned, outmanned and out planned. How could they possibly match up to the might of Earth-65’s Cindy Moon and her agents of S.I.L.K.? They don’t know either – but they have to try. Don’t miss the Earth-shattering finale that will shake Cindy Moon, Jessica Drew and Gwen Stacy to their very cores! SPIDER-WOMEN OMEGA #1 comes to comic shops and digital devices this May!