Earlier today Marvel unveiled their new initiative to increase comic shop foot traffic but the advertising initiative doesn't just end with stores as Marvel will be taking their advertising to their films and TV shows as well.

Beginning this weekend, keep your eyes peeled for special pre-trailer advertisements before some of 2017’s biggest releases! Including ads promoting Marvel’s highly-anticipated SECRET EMPIRE event ahead of select screenings of Marvel’s Guardians of the Galaxy Vol. 2!

Then, Marvel Comics come to the small screen with dedicated TV advertising and promotions. To be featured on ABC and other broadcast networks nationwide, fans can look forward to dedicated spots, on-air interviews, and more devoted towards Marvel’s biggest comic book launches this spring – SECRET EMPIRE and Marvel’s upcoming slate of X-MEN titles and more!

Check out how the advertising will look below. 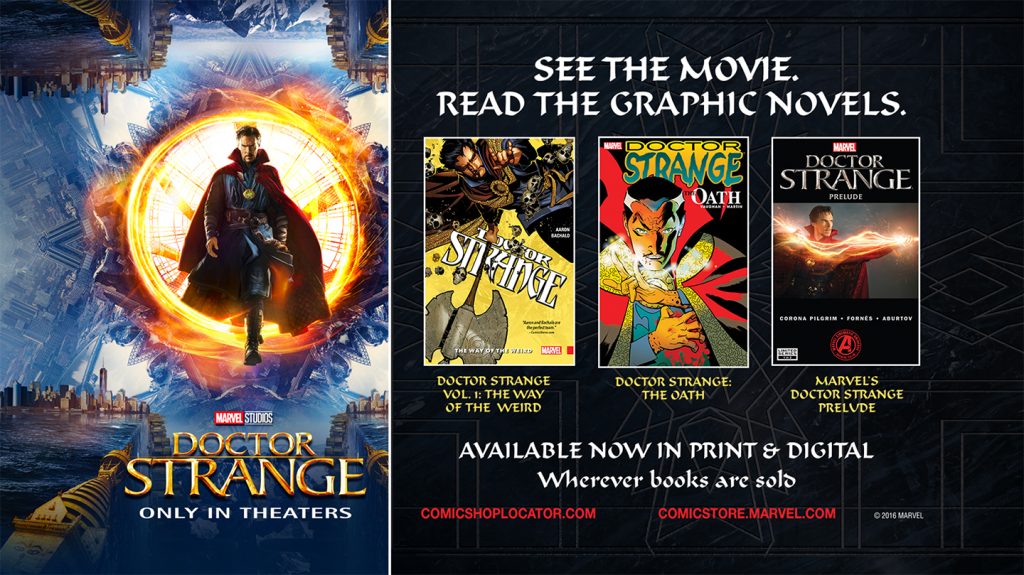