Mezco’s Closes Their One:12 Batman Series With A Supreme Knight 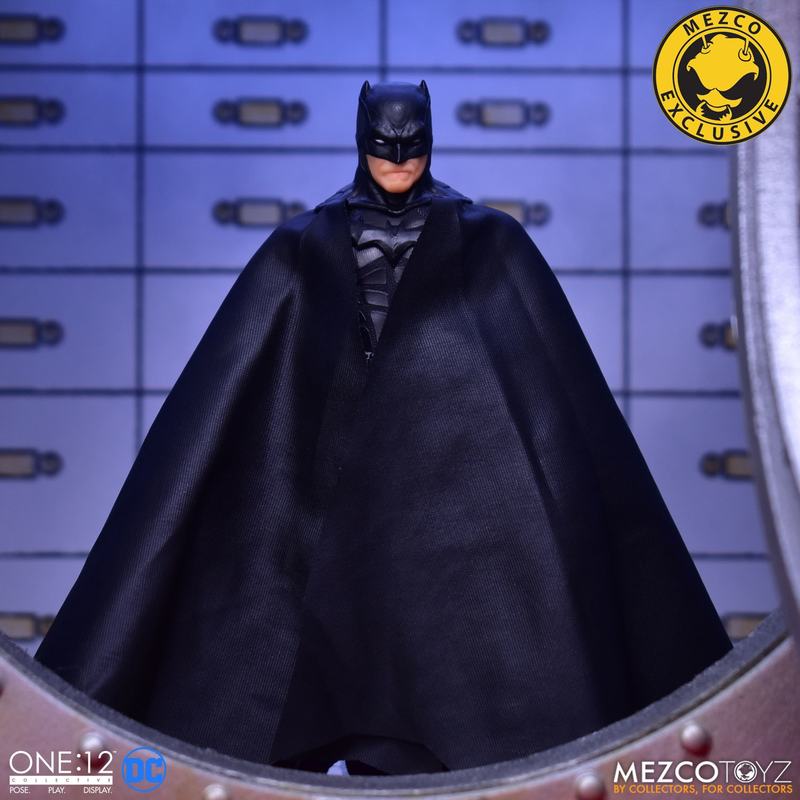 Mezco concludes their One:12 Batman figure trilogy with their brand new Supreme Knight figure. This figure captures the Caped Crusader's final years in action, bringing together battle-hardened experience and technology to create the perfect symbol of justice for a crime-ridden Gotham City.

The One: 12 Batman: Supreme Knight – Shadow Edition is Mezco's most complete and accessory packed Batman figure to date. The figure has plenty of armor and three interchangeable magnetic chest insignias for you to showcase the bat symbol of your choice.

The figure's customization options are not limited to just the interchangeable insignias, as you will also receive two leather-like capes. One cape will drape freely while the other will include an integrated posing wire to create many of the iconic moments from the films for the books. The last noteworthy feature on this fantastic Batman figure is the smoke plume piece, which adds another layer of stealth when posing the figure.

Check out some additional pics of this fantastic figure below and a full breakdown of all the accessories you will receive when you add the Supreme Knight – Shadow Edition to your collection.

The retail price for this Batman figure will be $95 and there is a two-piece limit for now.

If you would like to add this Batman figure to your collection you can pre-order the figure here.