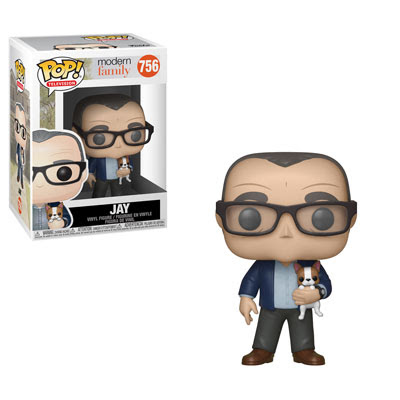 Funko's Pop! line up has seen a tremendous boost of both new and old shows and I wondered why a sitcom like Modern Family hadn't received their own Pop! figures. I figured it was because no one was really asking for them. I learned earlier today that the show has a tremendous that has been chomping at the bit for Pop! versions of the show's cast. We received word from Funko today that a full line of Modern Family Pop! figures are arriving in stores this month. The show's main characters made the first wave and the kids will most likely be in the second wave. Check out the full line below as well as the retail exclusive and chase characters.

Are adding any of these to your collection?