On a cold Thursday in NYC we got some theatrics, some guerilla marketing and the latest salvo in the war between Samsung and every other handheld manufacturer. Here's my take on the Samsung Unpacked event as well as the Galaxy S4.

It was a day littered with anticipation, rumors and a lot of waiting. I arrived at Radio City Music Hall a little after 5pm and was greeted by tap dancers and a huge crowd that engulfed the sidewalk in front and the sides of the landmark building. Initially, I made my way onto the wrong line because there were at least three different lines to go on. While I waited on the (correct) line to verify my credentials I was approached by reps from HTC who were giving away snacks and coffee to the cold members of the press along with a little card extolling the virtues of the upcoming HTC One device. HTC was not the only company trying to one-up Samsung on their special day as LG made sure to purchase prime advertising space on 34th Street which basically downplayed the soon to be announced Galaxy 4. This was one of the few times I got to see this type of guerilla advertising at work and it was interesting to see fellow members of the media interacting with the HTC team. I have to applaud HTC for their gumption, as they were hustling in plain sight of Samsung employees and reps.

After being verified I made my to the upper balcony with fellow journalist Valkor from The Other View. The presentation started with a bang as the hype reel got the ball rolling.

I will admit that there were some hokey moments in the presentation, but Samsung spared no expense to show off their latest piece of hardware.  After the hour-long presentation we got some hands on time with the S4 which is what you guys are here to see.

The Galaxy S4 is an impressive piece of hardware that not only went lighter in weight but is also thinner than its predecessor. I noticed a lot of members of the press dismissed the plastic construction as Samsung “cutting corners”. I honestly felt that Samsung was showcasing features over design, which given the rumors of their possible split with Android should not come as a shock. The myriad of features definitely served it's purpose of putting Apple, HTC and LG on notice. The 13-megapixel camera certainly got a positive response and while megapixels aren’t as important as you’d think, the fact remains that Samsung is giving you the tools to retire your dedicated point-and-shoot for large prints. Samsung also unveiled a slew of apps that will make full use of the camera’s great capabilities and take photography and videos beyond that of self portraits and funny cat videos.

As someone who recently returned to the Samsung fold after a tumultuous relationship with their first Galaxy device, I must say that while the S4 has some powerful specs it feels like an evolutionary device as opposed a revolutionary device and I know many tech enthusiasts share my sentiment.  Have a look at the specs and feel free to share your thoughts in comments:

I honestly felt that the S4 should have received the battery that the Note II has. I am shocked that a phone with so many capabilities would get such an average battery. I can attest to getting a day and half on my Note II with a full charge and all features on. I think this will definitely be a cause for discussion when the phone hits the market at the end of April.

The software showcased at the unveiling for the S4 was innovative and fun and above all else actually useful.  Here are the software innovations that Samsung introduced with S4:

Smart Scroll:  While I am sure we wish the phone would scroll as our eyes move down the screen, we are not quite there yet. But with a slight tilt the screen will scroll up or down. I tried to demo this at a few displays upstairs and downstairs at Radio City but the feature was not running smoothly and would scroll at times that I didn’t want it to. I am sure this stemmed from no base angle being set in the Settings.  I am sure this will be remedied when the device is released.

Smart Pause: Smart Pause was shown off in a semi-tacky way but it is a feature that definitely will be used quite often by me. If you are watching a video and need to look away, it will automatically pause  it. Obviously, when your gaze returns to the screen it continues your video.  This feature will probably see a lot of use with parents who let their kids watch videos on their phone.

S Health: S Health is definitely firing a shot at both the Nike Fuelband and Fitbit.  S Health will allow users to track their steps, stairs climbed, heart rate (with accessory), food intake and calories that have been both consumed and burned. Sleep can also be tracked with an accessory as well.

Air View / Air Gesture:  A feature that I am sure Note II owners will recognize is Air Gesture, which on the Note II is done with the S Pen. On the S4, your finger will play the role of the S Pen and allow you to hover over pictures, email headers and even magnify text. Gesture commands handle tab switching in your browser and call answering duties as well. While these features are nice additions, they will probably see minimal use.

S Translator: A feature that impressed me personally was S Translate because it not only provides instant translations with voice-to-text and text-to-voice  but also for emails and text messages as well. Language dictionaries have now been deemed obsolete. I think this will be come in handy in my visits to food courts in Flushing when I need certain menus translated.

Dual Camera and Dual Video Call: Blend the two pictures naturally to add yourself into photos. While you’ll appear in a bubble, at least a user can now appear in a photo he/she is taking. Users can select 8 different ways to combine the two photos taken by the front camera and the rear camera to create unique images. Dual Video Call enables you to make and receive a video call with friends or family while showing what you are looking at during the call. This is a nice feature that I am hoping can be used beyond the Chaton app with apps like Skype or Google Voice.

Story Album: Want to create an album of a trip? You can do that with the Story Album app which sorts your pics according to your timeline and geo-tags them to create a photo album that can be shared on social media networks.

Group Play: Sharing photos or music just got easier with the Group Play feature as no WiFi or cellular signal is required. Imagine sharing and playing the same song on multiple phones or sharing notes with a classmate. This feature, if utilized correctly, will change the way content is shared among cellphone owners. This will eliminate MMS messages where you have to wait for a picture to reach someone in the same room. Now it's just a matter of sharing locally.

The Samsung Galaxy S4 definitely had it's presence felt in the mobile world and while I think it’s features are impressive I feel that the overall enhancements are “evolutionary” and not “revolutionary” as Samsung would like us to believe.  However, this does not mean that I think the device sucks.  I think Samsung will have to do a lot more to knock Apple off the mountain of mobile hardware than just software enhancements and more megapixels. I will keep my Note II for the time being as I have heard it will get some of these enhancements via a software update. Will you guys be making the jump to the S4 when it’s released? 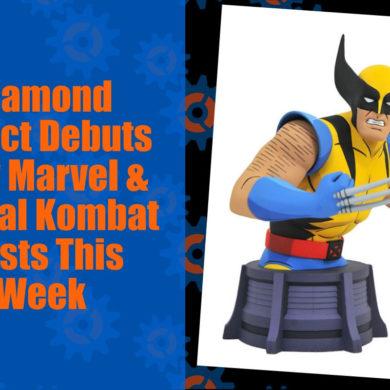