My Take On: The Hobbit: An Unexpected Journey [High Frame Rate/3D] 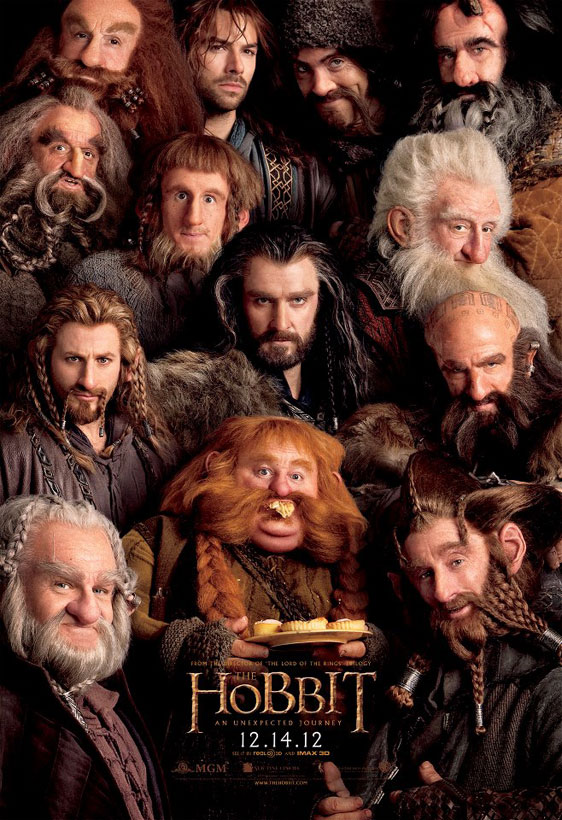 Long before Frodo embarked on his quest,  his Uncle Bilbo had some adventures of his own. The Hobbit follows Bilbo Baggins, Gandalf the Grey and the company of thirteen dwarves who seek to reclaim their home, the Dwarf Kingdom of Erebor from the dragon Smaug.

I had the privilege of seeing this film in its 48-frames per second incarnation which delivered one of the most amazing pictures I’ve ever seen in a theater release. The film had a remarkably smooth and extremely realistic look to it. The 48-frame projection made viewing 3D extremely enjoyable and did not overwhelm my eyes by looking out of sync, as is the case with certain films I’ve seen in 3D. Obviously, it will be a long time before audiences accept this filmmaking style because it is extremely vivid and may turn off some people due to its look. The backdrops and scenery were just as much the stars of the film as was the actors due to the amazing colors and real look. As for the film itself,  I found it to be quite enjoyable. Most people complained about the more lighthearted tone of this film and use of comedy throughout,  which I find to be silly because The Hobbit is more of a children’s book first and foremost. Peter Jackson gave us a solid mixture of both innocent comedy tied together with some impressive battles. The best way to describe the acting is fun,  light and playful all while respecting the source material and giving depth to the characters.

The “cool” thing nowadays is to say the LOTR films are three hours of walking, which is definitely the case, but the plot development during the walking was important to the story and made the pace  move rather quickly. My only gripe were the scenes with Gollum which seemed to drag on a lot longer than they should have. Martin Freeman’s work as Bilbo was excellent and had the right mix of humor and awkwardness that complimented the more intense acting of Richard Armitage as Thorin Oakenshield. Ian McKellen continues to exhibit amazing chemistry with his cast mates,  most of which were completely new additions to the story.

The Hobbit is an amazing cinematic masterpiece that not only delivers amazing visuals but allows viewers to immerse themselves in the stories of Middle Earth for nearly three hours without a second thought. While many will seek to compare this film to the original trilogy, I recommend you appreciate The Hobbit as it's own trilogy simply because the story is so different yet so fitting into Jackson’s cinematic vision. If possible, I highly recommend watching the 48fps version because the 3D looks substantially better in my opinion. I would have liked to see the HFR version in IMAX but unfortunately, the IMAX version in the theatre by me is only the regular 3D version. In closing, I’d like to say that The Hobbit is a welcome addition to the LOTR series. Waiting for the second and third films to complete the story will be slow torture.