My Take On: World War Z 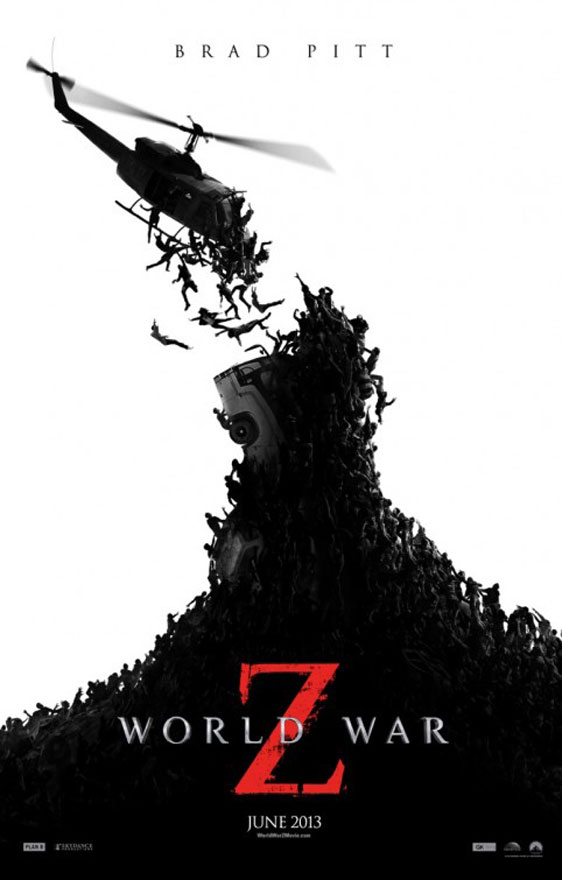 Former U.N employee Gerry Lane seeks to uncover the truth about a zombie pandemic running rampant across the world. Based on the novel by Max Brooks.

I have read Max Brooks' critically acclaimed book at least three times with the third being close to this film's release. I can honestly say that while there are some elements of the book throughout the film, the fact remains that this film is a far departure from the novel in a multitude of ways.  The main draw for me in the novel were the varied accounts of the zombie pandemic, which were lost in this film and only referenced briefly. I feel the film would have benefited from using more than just Brad Pitt to convey the story and would have given us a deeper film instead of what amounted to a bigger budget version of 28 Days Later. Brad Pitt was solid in his role as Gerry Lane and his moments of PTSD gave us a glimpse into a flawed man willing to move mountains for the sake of his family but the moments of peril for Lane and how he survived certain ordeals will raise quite a few eyebrows. The remaining cast was honestly quite forgettable and merely served as fodder for the CGI running zombies utilized throughout the film. The concept of running zombies has always been one that divides horror fans, but I will admit that their use in this film yielded some incredible visuals such as the helicopter scene in the clip above as well as the sequence in Jerusalem which was probably the high point of the film from a special effect standpoint. World War Z was a decent film but it chose to be a cookie cutter zombie action film instead of carving a niche with the great storytelling of the source material which is unfortunate. The packed theater I saw the film in walked out just as divided and conflicted as I felt because I expected a deeper story with different perspectives and what I got was Brad Pitt SuperDad, which honestly would have been fine if the film were not based on the book.

It's tough to recommend that our readers and listeners should drop $30-$40 in admission and concessions if they read the book because they will be largely disappointed. Action movie fans may appreciate it from a an effects perspective, but I honestly don't think that's enough of a selling point. If you are determined to see it then either catch a matinée or wait until it is on TV.