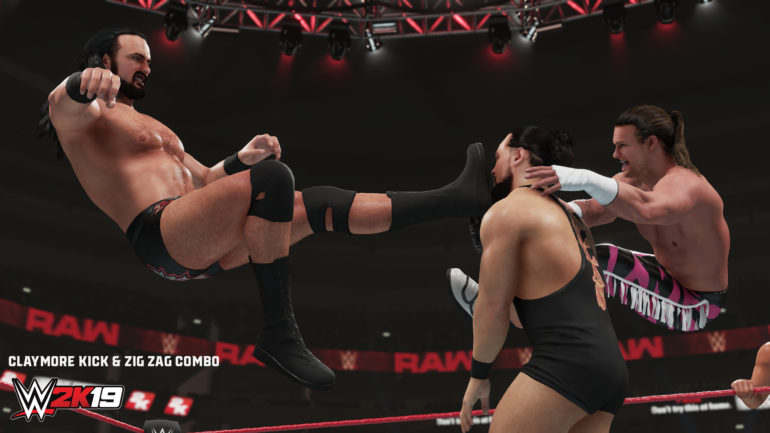 WWE 2K19 expands it move repertoire today with more than 50 new in-game moves & taunts from the Superstars of WWE, NXT and 205 Live. The moves will be available for all WWE Superstars and MyPlayer creations. Here are some of the moves you can expect in the update.

Fans who opted to not purchase the season pass can pick up this new moves pack right now for $3.99. If you're looking for some new superstar additions you can expect them to arrive in early 2019 via the Rising Stars Pack which will include new WWE, NXT and 205 Live Superstars.