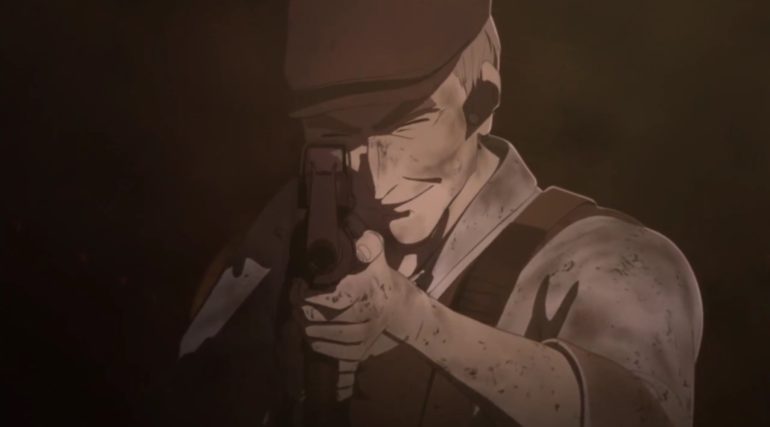 Get your wallets ready folks, the New Releases This Week are plentiful. We have games, home videos and theatrical releases all crammed into this week's agenda. For the moment, I am going to lay off of music. It very much seems that I have lost touch with the music scene. Regardless, there is plenty of great stuff to talk about, so let's get right to it!

There is a something for almost everyone this week. Whether you are into fighting games, action, RPGs or VR games, there is something for you to check out. The first title on the list is a big one; fans of comics and/or the good ol' ultra-violence will want to get their hands on…

Injustice 2 is the super-powered sequel to the hit game Injustice: Gods Among Us that allows players to build and power up the ultimate version of their favorite DC characters. Featuring a massive selection of DC Super Heroes and Super-Villains, players can personalize iconic DC characters with unique and powerful gear earned throughout the game. Additionally, for the first time, gamers can take control of how their characters look, fight and develop across a variety of game modes.

Players can choose from the biggest DC roster ever offered in a fighting game, from classic fan favorites such as Batman, Superman, Supergirl, The Flash, Aquaman, Wonder Woman and Blue Beetle, to astonishing new villains like Atrocitus, Gorilla Grodd and Deadshot.

Injustice 2 continues the story set in motion in Injustice: Gods Among Us as Batman and his allies work towards putting the pieces of society back together, but struggle against those who would restore Superman’s Regime. In the midst of this chaos, a new threat appears that will put Earth’s very existence at risk.

Injustice 2 is officially available physically and digitally on May 16, but pre-order customers began their digital downloads over the weekend. GameStop started selling the game at 9PM Monday, May 15. Everyone seems to be racing to play it.

Balancing risk and reward is key in The Surge’s combat, as the unique loot system gives you greater control over what you claim from defeated enemies. In visceral combat, target specific body parts and damage them with a combination of vertical and horizontal attacks before slicing the part off entirely. What you dismember directly determines what piece of equipment you loot! When approaching an enemy, you face a difficult decision: Do you target an unarmored body part for a shorter fight, or risk a lengthier, more damaging battle for a chance at slicing off a shiny new piece of equipment?

To get the best loot you’ll need to take on the most difficult enemies, so positioning and speed are vital. Use your exo-enhanced dodges, blocks, ducks, and jumps to avoid attacks while managing stamina, ensuring you’re always in the right place to strike the limb you want―or ready to avoid a potentially damning blow. The rules of combat apply to both you and your enemy: Get hit in an unarmored limb, and you’ll go down faster. Take advantage of the enemy’s weaknesses while balancing your own, and you’ll walk away with their strengths!

May 16, you can augment your character exactly the way in which you want to. The Surge is available on PC, PlayStation 4 and Xbox One for $59.99. The Surge is also optimized for PS4 PRO

A spiritual successor to Akiba's Trip: Undead & Undressed, Akiba's Beat is a modern-day satirical spin on the classic Japanese RPG formula. Set in a true-to-life recreation of Tokyo’s Akihabara district (“Akiva” for short), players will take control of a party of characters led by protagonist Asahi Tachibana as they seek to rid the town of anything out of sync with reality during a repeating Sunday from which none of them are able to break away. 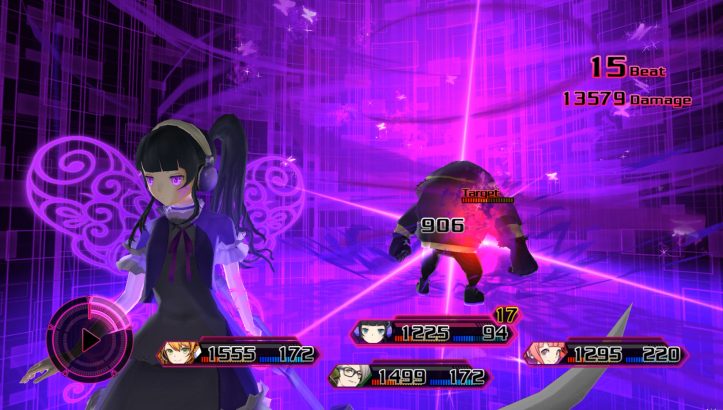 There are two sides to the gameplay: first, players will wander the streets and question the quirky Akihabara residents on a variety of subjects related to the mystery at hand, ultimately unlocking fantasy-themed dungeons known as “Delusionscapes” which are infested with monsters called “deluseons.” These deluseons are encountered on the map and fought in a party-based action battle system, putting players’ skills to the test and creating a uniquely challenging experience that seamlessly blends a real-life locale with the secret delusory world of its residents’ innermost desires. 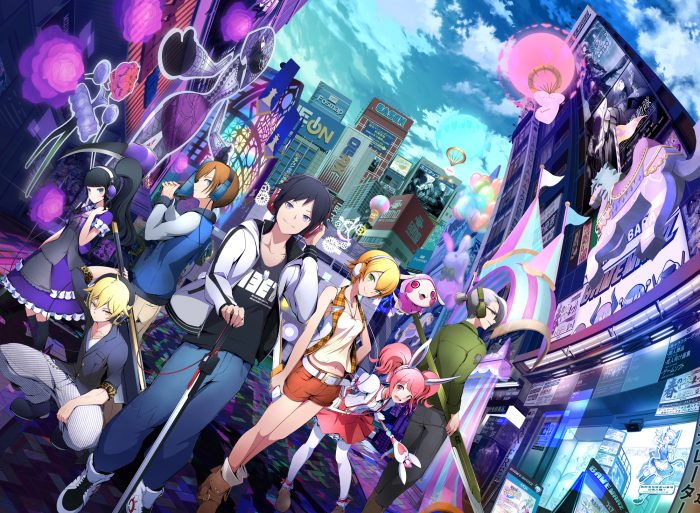 Akiba's Beat also features dual audio support with both English and Japanese language dialog options covering each of its nearly 22,000 spoken lines. Further information on the game’s characters, narrative, and otaku offerings can be found on the recently launched website at http://www.akibasbeat.com.

Sony is trying to make sure that PSVR does not become a forgotten gimmick like the Microsoft Kinect. To that end, they want to ensure gamers that Farpoint is not just another VR experience; it is a full-fledged, FPS in fully immersive virtual reality. May 16, you can experience that immersion via PlayStation VR.

Farpoint is a riveting VR space adventure set on a hostile alien planet. On a mission to pick up scientists studying an anomaly near Jupiter, a sudden rupture nearby sends you and their station crashing onto an unknown alien world.

Separated from your colleagues, you must use holographic logs scattered throughout the landscape to reunite with the scientists and escape the planet. Explore and discover the secrets of the planet, blasting your way through hordes of indigenous and alien life as you keep moving to survive.

In ROKH, players must explore the Martian landscape as they scavenge through deserted human structures to gather the resources they need to survive. With few blueprints, players must use their ingenuity to create tools from a variety of materials and construct their own encampments with no design limitations.

ROKH places players on a cold and dry land that harbors a wealth of resources to extract and exploit. Players will explore Mars, paving the way for settlers to come, as Earth’s resources are tapped and the planet is dying. Mars is a hostile planet where joining forces with friends increases efficiency, and invites trade and barter to develop a habitable and customizable ecosystem.

ROKH is available for PC via Steam Early Access. If you want in on the colonization action, you can do so for $24.99.

When a mysterious object – dubbed ‘the Embryo’ – appears in the sky, the CPA and the Xth Squad are mobilized to face the new threat. Venture into challenging new labyrinths and create the perfect team to challenge each threat. Featuring a mysterious new story, unprecedented character customization through the new ‘Sub-Blood’ system, and item-based character ability modifications, Operation Babel: New Tokyo Legacy will give you a world to lose yourself in. For the first two weeks, the New Recruit Labyrinth Support Set DLC will be available on PSN and Steam® for free. Check the contents below:

Disgaea 5 Complete for the Nintendo Switch is doing what it does best this week – CHEATING! Not due for our lineup until its release next week, the game makes our list due to a playable demo. Nintendo Switch Owners itching to get their hands on this title can head to the Nintendo eShop starting May 16 to download the demo.

Once again we have both home and theatrical releases to look forward to in this week's crop. Milla Jovovich reprises the role of Alice one last time. As her group of survivors head back to where it all started, Alice has one chance to save humanity. Resident Evil: The final Chapter is available on DVD, Blu-Ray, 4K Blu-Ray and digital formats. A (Blu-Ray)collection of all six movies has also released today. In a city filled with sin and scandal, the charming Worick and powerful Nicolas have made names for themselves as men who can get even the dirtiest of jobs done. Working independently, taking jobs from both the mafia and police, these unique Handymen navigate the seedy underworld of Ergastulum in style, leaving a trail of chaos behind them.

An awesome manga that translated well to anime last year. Definitely something to check out if you have never seen it.

Ajin (Slick's Pick of the Week) The first season of an an amazing story. Ajin are born just like any normal human and live an oblivious life until the day they die. And then they come back. Protagonist Kei lived a normal boring life until he got run over by a truck. Several of his classmates saw the gruesome scene so you can imagine their horror when he got back up.

Ajin are persecuted by government shadow organizations that repeatedly kill them in order to try and unlock the secret of their immortality. A man named Satou begins a militant Ajin movement against the Japanese government. His goal is to have them publicly acknowledge the torture of his kind and obtain rights for Ajin. He is willing to go to any lengths to achieve this. Can Kei stop his destructive rampage?

The direct sequel to Prometheus promises what that film lacked: The Xenomorph. Previous titles have always given a clue as to how many monsters were in the film. If that is any indicator, the crew will deal with one. Answers will (hopefully) be revealed with regards to the end of Prometheus and you know that R.A.G.E. Works will have a review for you sooner rather than later.