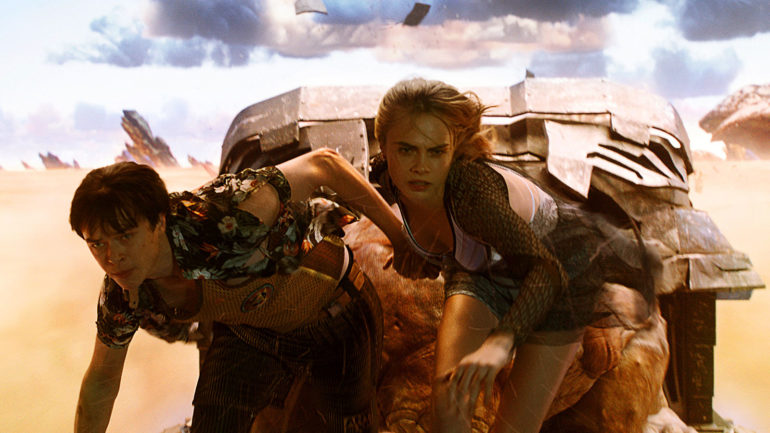 Welcome to another installment of R.A.G.E. Works' new Releases This Week. As we are about midway through the summer, you would think that gaming would be dead with only blockbuster movies to count on. Thankfully, that is not the case this year. We have seen some huge games come out this season and the hype train is only getting started!

PS4 pre-ordes of Destiny two get an extra day to play starting July 18.

Your adventures will take you across the solar system and back again, as you wage war against the Red Legion, discover the secrets of our forgotten past, and aid allies in need of a legendary hero.

The Open Beta is from (officially) July 19-20. PlayStation 4 owners get an extra day and can start on the 18th.

PS4 owners finally get to have some Orc-smashing fun July 18.

A white-knuckle witch’s brew of action and strategy where you make the difference between utter shame and everlasting glory. Get ready for a trap-snapping, spell-slinging, ogre-spudging good time! Assemble to defend your rift while trolling another team with spells, potions, scrolls, and huge bosses in head-to-head action.

Build an impenetrable gauntlet of traps to hack, grind, flatten, gibletize and incinerate your foes before they charge into the heart of your rift! Mix and match heroes when you team up with your friends. Choose just the right combo of traps and abilities to impose maximum carnage on all who trespass in your fortress.

PSVR puts badass in the palm of your hands on July 18.

Step into the cockpit of a six-story mech and feel its might at your command! You are the tip of the spear in the United States Free Forces’ war against the overwhelming mechanized forces of HUMNX, a tyrannical corporation that rules a post-apocalyptic America. Marshall an arsenal of weapons and fight alongside your squadmates in an incredible, hands-on VR battle across the scarred landscapes of our once beautiful nation.

Welcome to the United States, 2089. A traitor revealed the secret development facility for Project Deliverance, triggering a surprise attack from HUMNX and forcing you to launch the mech before its completion. Rise up from the rubble, connect your neural link, and prepare for combat in this intense, cinematic VR arcade shooter.

The story of Children of Zodiarcs will take you through a tale of rebellion, familial bonds, and unexpected wonders.

Infiltrating the chambers of a decadent noble, Nahmi and her fellow thieves intend to steal a priceless relic. But what awaits them is more than anyone bargained for.

Relentlessly pursued by city guards heavily armed with deadly Zodiarc weapons, they are forced to make a desperate escape through gilded palace chambers, sun-drenched slums and dank underground catacombs. As they battle rival bandit gangs and even a clan of subterranean cannibals, it becomes clear that they have only each other to depend on. To emerge victorious, they will need to trust one another and use everything at their disposal, making choices that no one should have to make.

Can a motley crew of outsiders survive this vicious world without sacrificing their own humanity?

R.A.G.E. Works was given the opportunity to review this game. Stay tuned to find out if Children of Zodiarcs is a hit. . . or if Square Enix Collective has rolled snake eyes.

Fallen Legion (CHOOSE YOUR SIDE)

Avenge your homeland! Overthrow the corrupt Empire of Fenmuria on July 18!

Fallen Legion tells a tale of war from both sides of the conflict. On the PS Vita you play as Legatus Laendur. Once loyal to the Empire, he vows to see its downfall having seen the corruption within. PS Vita fans will support the rebellion in this story.

On PlayStation 4, you play as Princess Cecille, heir to the throne of Fenmuria. She wishes to save her crumbling kingdom. This will be an arduous task as she must defend it from hordes of monsters and a coup led by Legatus. Which side will be victorious?

Take note that both games are $19.99 separately. If you own a PS4 and a PS Vita, you may wish to purchase either the ‘Flames of Rebellion' or ‘Sins of an Empire' bundle. In either case you will get both games for the discounted price of $29.99.

The definitive version of Robot Riot comes to PS4 July 18.

Bigger than a nanite! Smaller than a trash can! Feistier than a vengeful princess!

Jump, puzzle and shoot thru spaceships and their systems as vanguard robot ‘SLUG’. Raid vessels for your galactic debt collecting master in pristine pixel perfection.

Yonder: The Cloud Catcher Chronicles is an an open-world adventure game set across a beautiful, vibrant island, will plant its roots on PS4 and Steam on July 18th.

Yonder is set on the massive island of Gemea, a lush frontier with eight distinct environments ranging from sunny tropical beaches to frigid snow-capped summits. Each location has its own flora and fauna, along with changing seasons and a day-night cycle.  Gemea, once a paradise, still maintains the appearance of one, yet an evil murk has enshrouded the land and its people in despair.

By contributing to the island through talents like farming, crafting, cooking, fishing and brewing, relationships can be built with the locals, who offer everything from resources to a new farm as rewards.

At the heart of Yonder, is a game that delivers a sense of discovery, wrapped in a familiar yet unique adventure.

Gigantic comes to PC and Xbox One on July 20.

Gigantic is a fast and fluid Strategic Hero Shooter, where you battle against and alongside massive Guardians, in deeply strategic team gameplay.

A serious VR adventure comes to Oculus Rift on July 20.

You’re Jack, an advanced cybernetic AI stationed at a mining facility on the rings of Saturn. Alongside Captain Olivia Rhodes, you’ll use your technical ingenuity and futuristic tools to overcome a variety of challenges and obstacles while you investigate a mysterious spatial anomaly.

Get inked on the go when Splatoon 2 debuts on Nintendo Switch July 21.

For the first time, take Turf War battles on-the-go with the Nintendo Switch™ system, and use any of the console's portable play styles for intense local multiplayer* action. Even team up for new 4-player co-op fun in Salmon Run!

Two years have passed since the original Splatoon™ game was released, and two years have also passed in Inkopolis! So expect a fresh wave of fashion, not to mention new weapons and gear. Dual wield the new Splat Dualies or stick to mainstays like chargers and rollers, which have been remixed with new strategic possibilities.

As always, Turf War is the favored sport among Inklings, but they also dig ranked battles, taking down Octarians in a robust single-player campaign, and battling enemy Salmonids in one dangerous part-time job! No matter which way you play, splat at home or on-the-go with Nintendo Switch. Staying fresh never felt so good.

Blurring the lines between cautious strategy and unbridled mayhem, SUPERHOT VR is the definitive VR FPS in which time moves only when you move. No regenerating health bars. No conveniently placed ammo drops. It's just you, outnumbered and outgunned, grabbing the weapons of fallen enemies to shoot, slice, and maneuver through a hurricane of slow-motion bullets.

PC gamers have been moving and shaking since last year. July 21, PS4 and Xbox One join the line!

Conga Master sees up to four players each controlling their chosen party-goer in his or her quest to create the most epic conga line ever. Travelling through different nightclub locales during a night to remember, players dance up close and personal to fellow party people to entice them into their conga line. Longer congas let you add people faster but watch out for stinky pigs stinking up your line!

Moving on to film entertainment, there is plenty to be excited about whether you are doing your best vampire impression to avoid the sun or heading to theaters for free AC. Starting off with new disc releases, we are going ape two weeks in a row! A secret government organization mounts an expedition to Skull Island, an uncharted territory in the Pacific. Led by an explorer (John Goodman) and a lieutenant colonel (Samuel L. Jackson), the group recruit a disillusioned soldier (Tom Hiddleston) and a photojournalist (Brie Larson) to investigate the island's peculiar seismic activity. But once there, they discover that Skull Island is home to a gigantic ape called King Kong, and find themselves caught up in an ongoing war between the beast and the area's indigenous predators. BSAA Chris Redfield enlists the help of government agent Leon S. Kennedy and Professor Rebecca Chambers from Alexander Institute of Biotechnology to stop a death merchant with a vengeance from spreading a deadly virus in New York.

It's a big fantasy vs. reality battle in theaters this week! Will you choose one over the other or will you see both?

In the 28th century, special operatives Valerian (Dane DeHaan) and Laureline work together to maintain order throughout the human territories. Under assignment from the minister of defense, the duo embarks on a mission to Alpha, an ever-expanding metropolis where diverse species gather to share knowledge and culture. When a dark force threatens the peaceful city, Valerian and Laureline must race against time to identify the menace that also jeopardizes the future of the universe.

In May 1940, Germany advanced into France, trapping Allied troops on the beaches of Dunkirk. Under air and ground cover from British and French forces, troops were slowly and methodically evacuated from the beach using every serviceable naval and civilian vessel that could be found. At the end of this heroic mission, 330,000 French, British, Belgian and Dutch soldiers were safely evacuated.

Best friends Ryan, Sasha, Lisa and Dina are in for the adventure of a lifetime when they travel to New Orleans for the annual Essence Festival. Along the way, they rekindle their sisterhood and rediscover their wild side by doing enough dancing, drinking, brawling and romancing to make the Big Easy blush.

Best friends Ryan, Sasha, Lisa and Dina are in for the adventure of a lifetime when they travel to New Orleans for the annual Essence Festival. Along the way, they rekindle their sisterhood and rediscover their wild side by doing enough dancing, drinking, brawling and romancing to make the Big Easy blush.