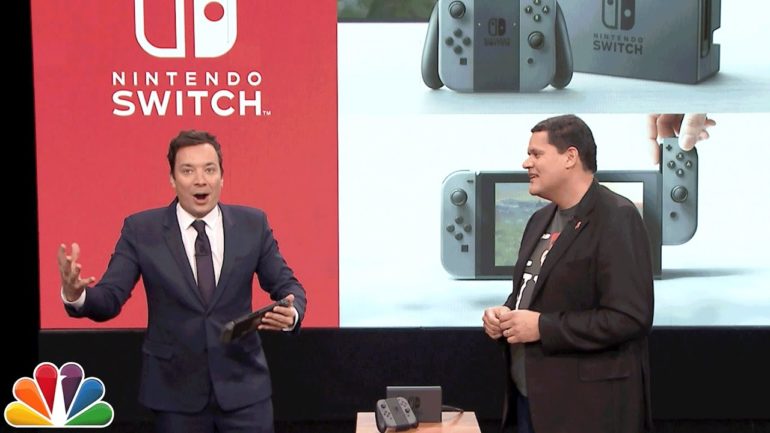 It was an awesome night for gamers if they checked out The Tonight Show with Jimmy Fallon tonight. Nintendo‘s Reggie Fils-Aime stopped by to showcase Super Mario Run for iOS but in addition to showcasing Mario's iOS debut he brought along a Nintendo Switch for Jimmy Fallon to try out. Fallon got to play The Legend of Zelda: Breath of the Wild for the studio audience and special guest Shigeru Miyamoto who was also in attendance.  The Nintendo Switch arrives in March.

As a gamer, it was awesome to see Nintendo showcased on The Tonight Show and seeing how excited Fallon was to play these games made the whole segment so much better but not as good as Shigeru Miyamoto playing Super Mario Bros. alongside The Roots. Check it out below