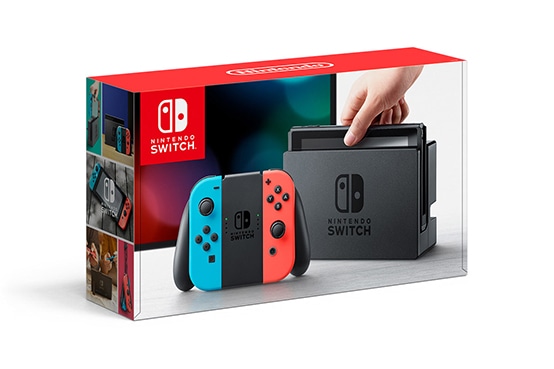 In case you missed it, the Big N had a Nintendo Direct live stream yesterday. A lot of it was dedicated to the 3DS and  Kriby's 25th anniversary, but games for the Nintendo Switch got a lot of love. The upcoming fighter, Arms, showed some great gameplay. Here is the presentation in its entirety.

One of the big surprises of the presentation came from THQ Nordic, who had two new titles to show. This is doubly exciting because over the past year or so, THQ Nordic has been primarily known for “remastering” old games. Seeing two new IPs from them is huge. The second is the fact that while these are not going to be console exclusive to the Nintendo Switch, they are coming to the console. Already, the console is getting more love than the Wii and Wii U. One of those titles will be very familiar to comic fans – especially those who love the art of a man named Joe Madureira:

Battle Chasers: Nightwar is scheduled to hit all current consoles and PC, but it is coming to the Nintendo Switch first. A traditional style RPG featuring the art of Joe Mad equals a day one purchase for yours truly. A second title from THQ Nordic was Sine Mora EX, a 2.5-D side-scrolling shooter that pays homage to arcade greats like Side Arms, R-Type and Gradius. The original version released on the PS3 and Xbox 360, but the updated version still looks beautiful. It may only have local co-op, but this game looks like a must-have if you missed the first release:

I mentioned earlier that neither of these are console exclusive to the Nintendo Switch, but in the days of the Wii U, they might not show up at all. It will be especially attractive to be able to take a game like Sine Mora EX on the go. There are a lot of older games coming to the Nintendo Switch, but there seem to be plenty of new titles as well. Stay tuned to R.A.G.E. works for more info on these and other titles coming to the house that Mario built.