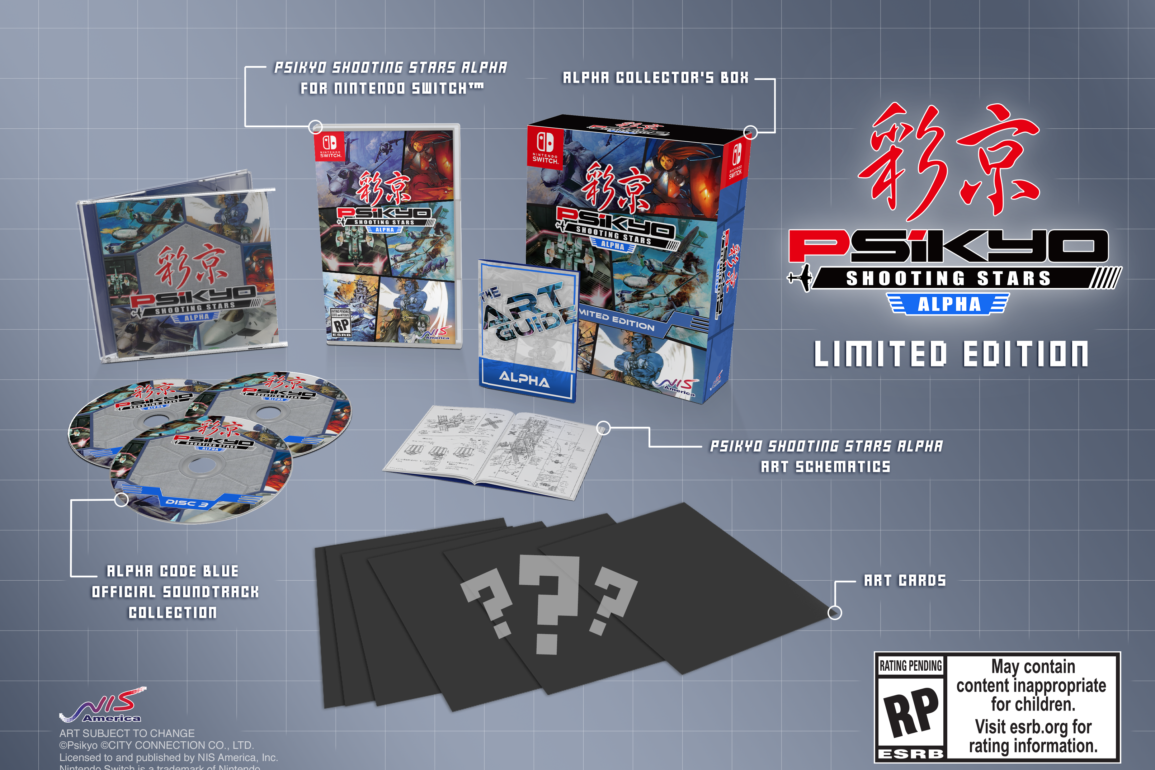 Rounding off the list, the Bravo collection includes the other six games:

All twelve games are remastered in high definition and have the option to play in vertical “TATE” mode. Hand a joy-con to a friend for co-op play and battle for the highest scores. In Psikyo Shooting Stars, the quarters are unlimited; keep shooting until the final boss goes down! Both collectins launch exclusively on Nintendo Switch in 2020.