We are living in an odd time in gaming. There has been a shift throughout the past 10 years, and it all has to do with the internet. There was a time, not too long ago, when games were a one and done thing. I remember being a kid, getting a new game, playing it, and if there was a glitch or busted content, well that was just the way it was. Case in point: Spyro 3 had a notorious glitch that doesn’t allow you to reach the true ending if you fail to collect a certain item in one of the levels. If you missed it, tough. There wasn’t a patch to fix this or DLC to buy to get fast track your way to the ending. It was a simpler time, maybe even a better time.

But that’s not to say DLC hasn’t been around for a long time, oh no it has, but by different names, i.e. expansion packs. One game I remember trying to actually get the ball rolling on the true modern day version of DLC was the Banjo series. You may or may not recall “stop and swap”. Basically, you would find and collect these secret eggs and an ice key in the first Banjo game, then you would remove your cartridge from your N64 while it was still turned on, then put in Banjo Tooie. The system's internal memory would be saved,would remember that you had said items from the first game and would (presumably) reward you with items in the sequel. It was an insane idea and almost crazy enough to work, but changes in the N64’s hardware made it so stop and swap was never fully utilized. 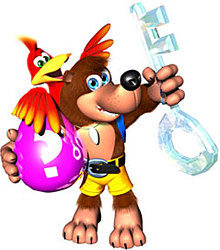 Source: and for more information check out (https://banjokazooie.wikia.com/wiki/Stop_'n'_Swop)

This was clearly an early form of DLC, or at least cross-game unlockables. But Banjo will never top the granddaddy/ bastard of DLC – Capcom. Let’s get real, Street Fighter II has more version upgrades than there are jokes about the absurdity of it's titles. Ultra Super Street Fighter II: Hyper Fighting Turbo HD Arcade RemiXXX 2016 is right around the corner people. But in all serious, Capcom is known for it's multiple upgrades to it's fighters. Street Fighter II has had more updates than I can count, Street Fighter III had the 3rd Strike, and Number IV is about to go on it's fourth version.

People may complain that Capcom releases way to many copies of their games, but it's better than back in the day. During the 90’s, the only way to get the updated version was to buy the game all over again. Now you have two options: either buy the new copy at retail or just update your previous version with DLC. Case in point,  Super Street Fighter 4, a game released four years ago, supports both the DLC for Arcade Edition and the Ultra Edition, coming in 2014. (Vanilla Street Fighter 4 does not support the later updates) Or, you can just buy the Arcade Edition or Ultra Edition, with the latter coming with all the previous released skin packs for Street Fighter. So for Capcom to still maintain a soon to be 5-year old game with DLC is awesome.

While Capcom’s DLC model on Street Fighter 4 may be top notch, other games, not so much. Most of Capcom’s games suffer from one BIG issue, on-disc DLC. Resident Evil, Dead Rising, Marvel vs. Capcom, all of their AAA games all have on-disc DLC. However, the most notorious offender is Street Fighter X Tekken. The game had promise but bombed due to  bad word of mouth due to it's on-disc DLC. The DLC included twelve characters and two alternate outfits for every single character. At 15 dollars for the twelve fighters and a dollar a pop for for every single costume (less money per character if you buy them in a pack), you are looking at spending a pretty penny for a game that already cost 60 dollars at launch. The price wouldn’t be horrible if you technically didn’t already own it. Capcom’s reasoning for this idea of on-disc DLC was so that all players online would be compatible with each other.

It sounds good on paper but completely alienates a fanbase when put into practice. The truth of the matter is, players are much more willing to fill up hard drive space with DLC and compatibility packs than have all the DLC locked away from them. More specifically, Capcom seems to be embracing a pseudo pay-to-win model for their games. I mentioned in my Pacific Rim review how Capcom charges people for these things called gems. In layman's terms, it’s basically stat boosters for your character. When a full price game has free to play tendencies, people tend to jump ship, and that is exactly what happened with SFXT. However, at least Capcom isn’t trying to sell you on content that isn’t even out yet a/k/a, the season pass.

I just want to say this in the most professional manner possible, the season pass is a blatant lie. No, I’m not jumping on the bandwagon of hate, I actually have clear reasons for disdaining these things. My problem with the season pass is the name itself. They are not a season pass. When you buy a season pass at an amusement park, you know everything the park has to offer for the entire season. With games, you check out the pass and are given a vague list of content that the pass will give you as it becomes available. There’s the problem, you don’t even know what you are going to get. I haven’t had a problem with passes until Injustice: Gods Among Us. 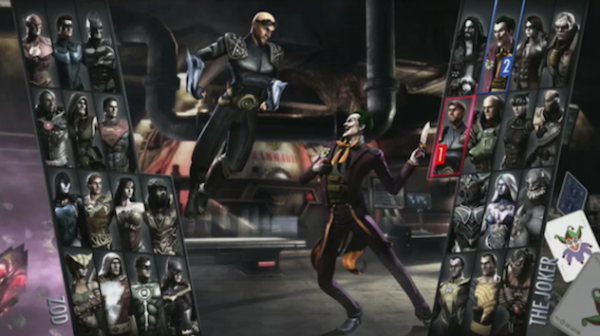 They should rename it Injustice: DLC Among Us, because the four characters in the pass were an injustice to gamers. The pass was introduced by showing off Lobo as the first character available.The other three were not “officially” revealed until much later, after the pass was already on sale. I say officially because all off the DLC characters were leaked around the time of the game's release as they are part of the games code.  The season pass characters in question that were released were Batgirl, General Zodd, and Scorpion. Of all of the characters to surprise people with in a season pass, we got ANOTHER one of Batman’s amazing friends, an advertisement for a movie, and an over mess that didn’t even belong in the DC Universe. Besides Lobo, they were all characters that didn’t even belong in the game. Where were the more popular DC characters ?

That’s when Netherrealm Studios pulled a fast one and revealed that the more popular characters like Martian Manhunter and Zatanna wouldn’t even part of the season pass. To me, this was big kick in the groin to season pass holders. Considering that two more characters are most likely going to be revealed, it puts the total price of all DLC characters to a whopping 35 dollars. Not to mention costume packs, you could be paying more than 100 dollars for the complete Injustice experience! That’s just insane. What’s worse is that you KNOW a game of the year edition, complete will all DLC is coming for the low low price of $39.99. Companies will sit there an tell you that the season pass is a way for the gamer to get a discount on all the DLC, but it’s nothing more than a way to sneakily sell you characters you wouldn’t have bought in the first place….General Zod. I don’t understand how we’ve gone from expansion packs that are practically full games, to costume packs. Skins for guns in Call of Duty and gems in Street Fighter. Features that back in the 2000’s, would have been on the disc in the first place. Features that don’t even expand our game itself. They just make it that we have something different to look at, or make it so competition now has the upper hand. It blows my mind how people actually paid for Bacon colored guns in Call of Duty. Bacon guns…..a Bacon Gun is justifiable, but people will flock en masse to complain about buggy content for Fall Out: New Vegas? Even though the price tag for the Fallout DLC is completely justifiable, people will still complain, because it’s all about bacon gun! This begs the question, has DLC gone to far, or are gamers just becoming sheep?