Ready For Season 4 Of Arrow? Here’s A Trailer To Tide You Over 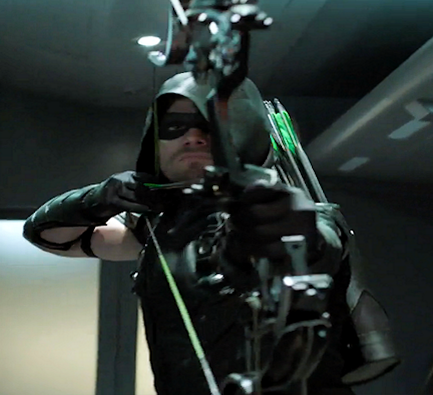 Arrow fans attending Dragon Con this week got an awesome surprise as the CW & Warner Bros. dropped a full-length trailer for the upcoming fourth season of Arrow. Ollie and Felicity were in domestic bliss which, of course, goes sideways and require them to return to the newly christened Star City. We also get a glimpse of antagonist Damien Darhk, Mr. Terrific, Anarky and, of course, the highly anticipated visit from the Hellblazer himself John Constantine. We also get our DC Legends of Tomorrow tie in as they give a glimpse at the resurrection of Sara Lance as well. Season four looks like it's going to be a wild ride and with Thea and Diggle suiting up it is definitely going to get interesting really fast. Arrow returns Wednesday, October 7th at 8 PM.