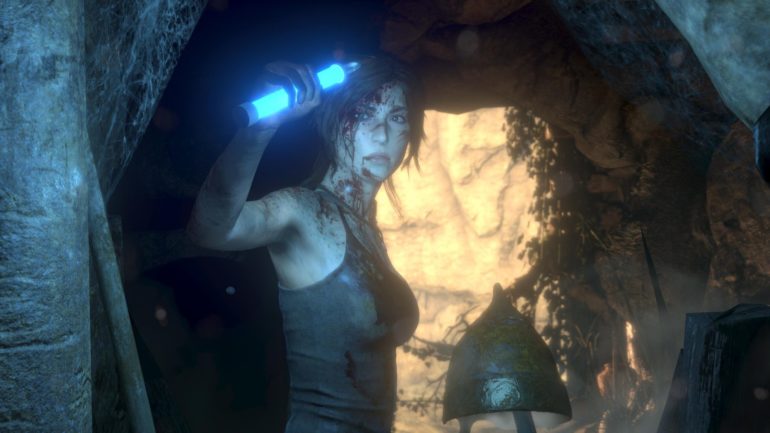 After Sony‘s announcement today of the PS4 Pro, Square Enix and Crystal Dynamics were quick to show off what they have planned for the beefed up console. Lara Croft embarked on her first adventure almost a year ago when Rise of the Tomb Raider debuted on Xbox One. Now she is making her way back to the console that made her an icon. A batch of screenshots and videos were released to show what Rise of the Tomb Raider will look like with PS4 Pro's 4K support. Take a look:

The first video shows us the lighting effects of fire, explosions and how fluid movement is in the upcoming title. This is leaps and bounds over the definitive edition of Tomb Raider on PS4.

Things are a bit more peaceful in the campsite trailer. Here, Crystal Dynamics showcases things like draw distance, hair physics and the overall level of detail put into every aspect of the game on PS4 Pro. This is the “premium” version of what the game will look like played on PS4 Pro with an appropriate 4K HDR display. Owners of the original PS4 or PS4 Slim playing on an HDTV will still be able to enjoy a fantastic experience with Lara come October.