The game’s title stands for “Racketeer Influenced and Corrupt Organizations” Act, a United States federal law relating to criminal organizations. Forget that! Kick down doors, shoot bad guys and exploit the element of surprise! Gain the upper hand against overwhelming odds in this cooperative multiplayer first person shooter. Partner with a friend via couch co-op or online; blast through an ever-changing series of procedurally generated levels. RICO has daily challenges and, as you play, unlock weapons, weapon customizations, and new “traits.” Traits are rewards that modify, enhance and dramatically alter your characters’ abilities. 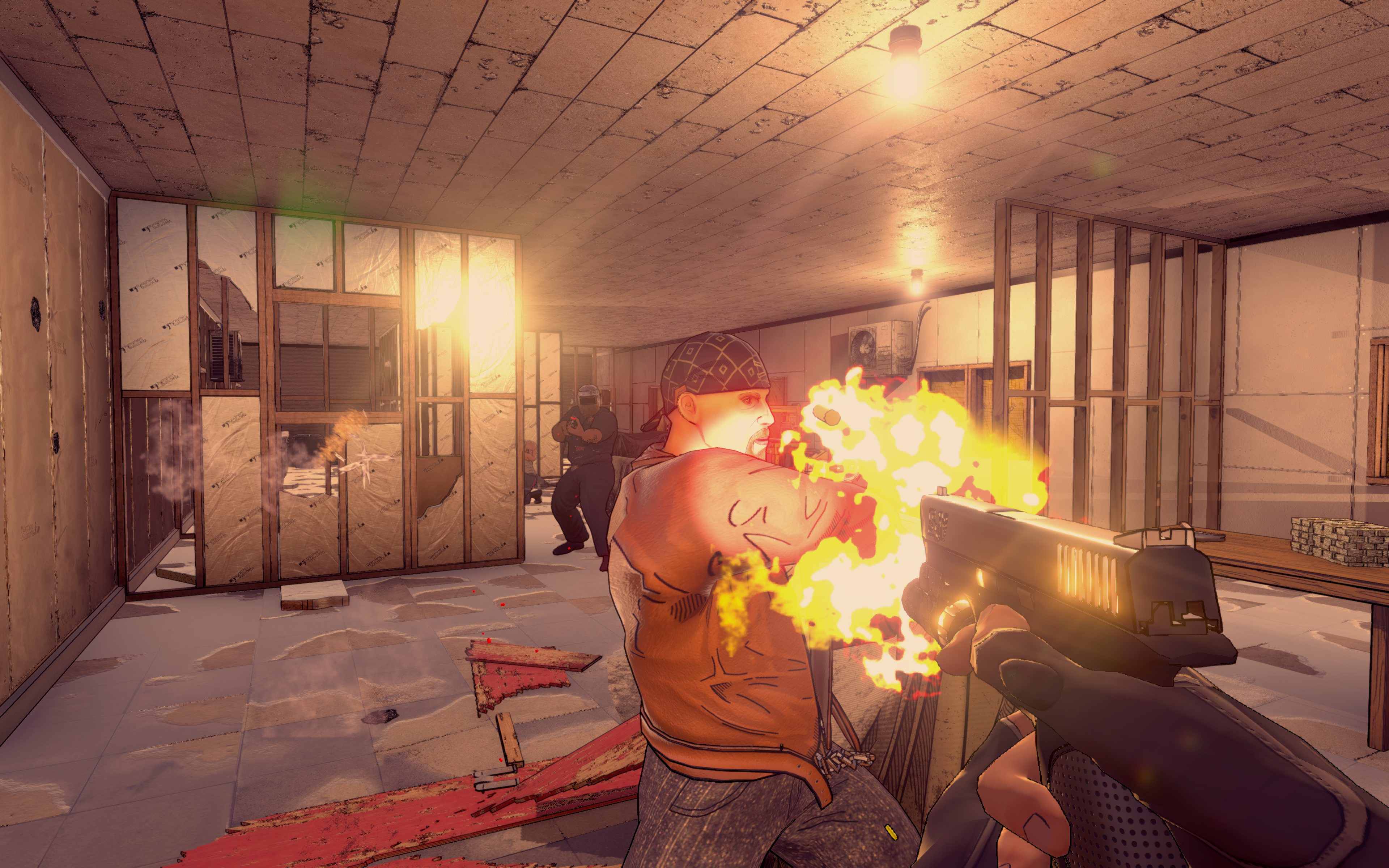 “With their worldwide reach and extensive routes to market, Rising Star Games is a shining example of what a modern games publisher can be,” said James Parker, game director at Ground Shatter. “We are delighted that RICO forms part of what looks to be a bold and hugely exciting 2018 line-up.” 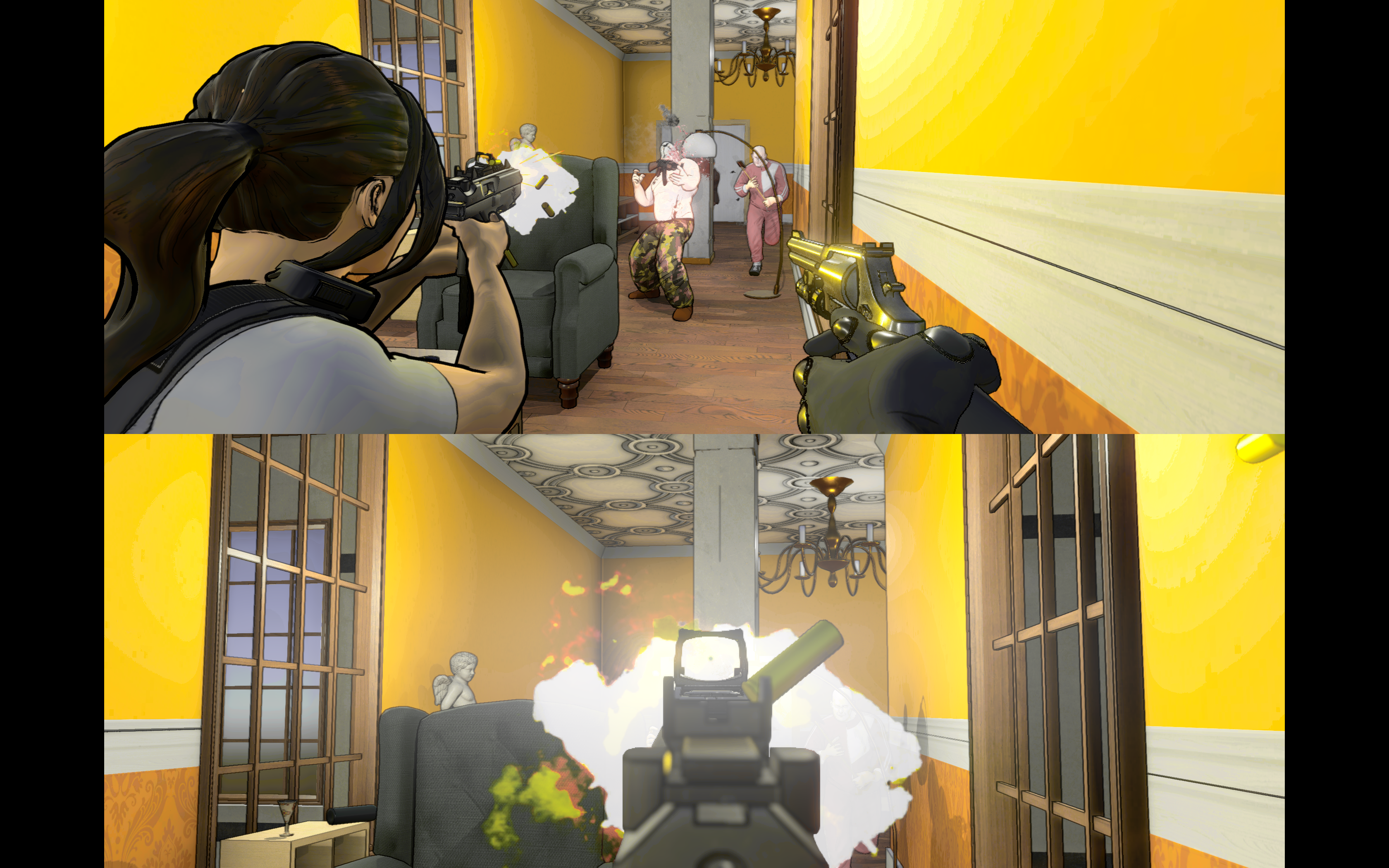 “We’re excited to welcome the explosive action and bullet-time fueled gameplay of RICO into Rising Star Games’s slate of releases for 2018,” said Martin Defries, President of Rising Star Games. “It’s great to be working together, ‘buddy cop’-style with esteemed developer Ground Shatter, in order to bring the visceral and frenetic action of RICO to a global audience.” 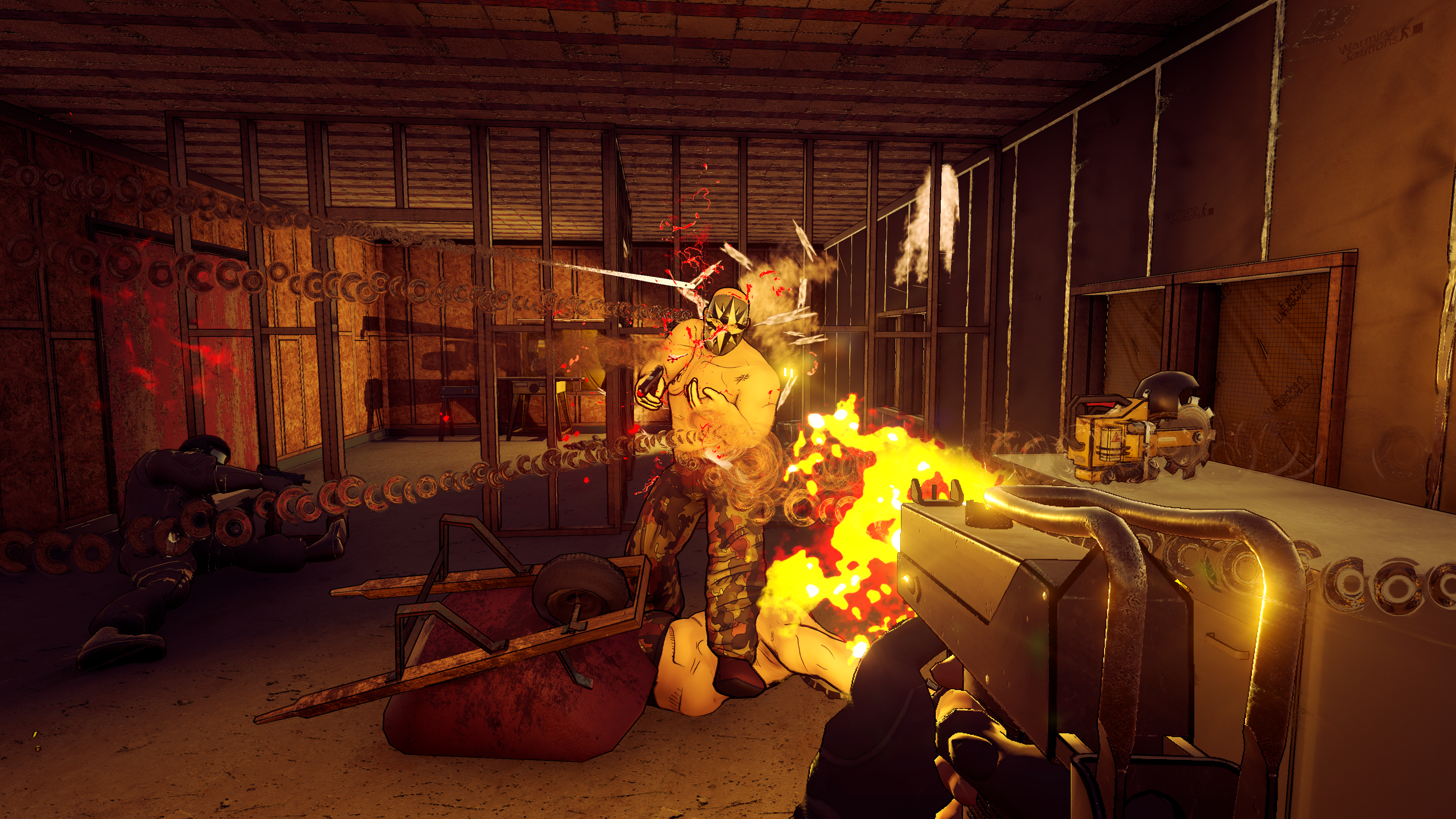 RICO is an arcade-style, first-person shooter inspired by modern action cinema. You and a friend play as a pair of loose-cannon police partners. You have twenty-four hours to crack a case as part of an elite organised crime taskforce. Planning is tactical rather than strategic, players must react in the moment to shootouts as they unfurl. Catch enemies by surprise and you have more time to assess the situation. Ammo and enemies are plentiful; combat is punchy and impactful. RICO sports an extensive destruction system that ensures every shot looks and feels great.