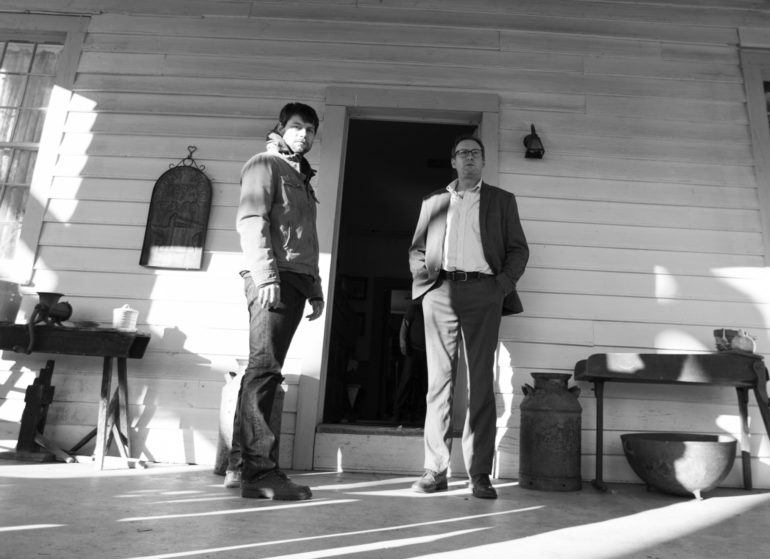 It feels like forever since season one of Outcast wrapped and while I thought it was a one and done season I was pleasantly surprised to get news from Cinemax that Outcast would be back for a second season on July 20, 2018. The ten-episode second season continues the story of Kyle Barnes and Reverend Anderson as they continue to battle supernatural forces at work in their town.

I am looking forward to the second season and learning more about Brent Spiner's character Sydney who is at the center of most of the happenings that Kyle and Reverend Anderson are investigating.

Plagued by demons since childhood, Kyle is on a journey to find answers – but what he uncovers could mean the end of life as we know it.

The suspense-horror series OUTCAST returns for its ten-episode second season FRIDAY, JULY 20 (10:00-11:00 p.m. ET/PT), exclusively on CINEMAX. Continuing to probe the mystery of what lies behind the town of Rome’s supernatural manifestations, and why they are drawn to Kyle, the show explores how people cope with extreme circumstances while protecting the ones they love. OUTCAST is created and executive produced by Robert Kirkman (“The Walking Dead”) and based on the Skybound/Image comic title by creator Robert Kirkman and artist Paul Azaceta.

Patrick Fugit (“Gone Girl,” HBO’s “Cinema Verité”) stars as Kyle Barnes, a young man who has been plagued by demonic possession all his life. With the help of Reverend Anderson, played by Philip Glenister (“Kingdom of Heaven”), a preacher who believes he is a soldier in God’s holy war against the forces of evil, Kyle tries to protect those he holds most dear, now that the otherworldly threats prove greater in scope and number than anticipated. His struggle will grow into a fight for all of his hometown, as he discovers the haunting secrets of his own past.

Other cast members in the second season include: Wrenn Schmidt (“The Looming Tower,” HBO’s “Boardwalk Empire”) as Kyle’s adopted sister, Megan Holter, a child psychologist who makes it her mission to fix the people around her; Reg E. Cathey (HBO’s “The Wire”) as Chief Giles, Rome’s chief of police, who has seen enough to know there’s some truth to his friend Rev. Anderson’s assertions about demons; Kate Lyn Sheil (“House of Cards,” HBO’s “High Maintenance”) as Kyle’s former wife, Allison Barnes, who has lingering doubts about what happened in their marriage; Julia Crockett (“Law & Order: Criminal Intent”) as Kyle’s mother, Sarah Barnes, whose apparent mental illness tainted his childhood; David Denman (“13 Hours”) as Megan’s husband, Mark Holter, a by-the-book small-town cop whose temper can get him in trouble; and Brent Spiner (“Star Trek: The Next Generation”) as Sidney, whose dapper appearance and smiling demeanor hide malevolence.

The first season of OUTCAST was hailed as a “suspense-laden, psychological examination of inner shadows” by Variety, which praised Patrick Fugit’s “poignant portrayal.”