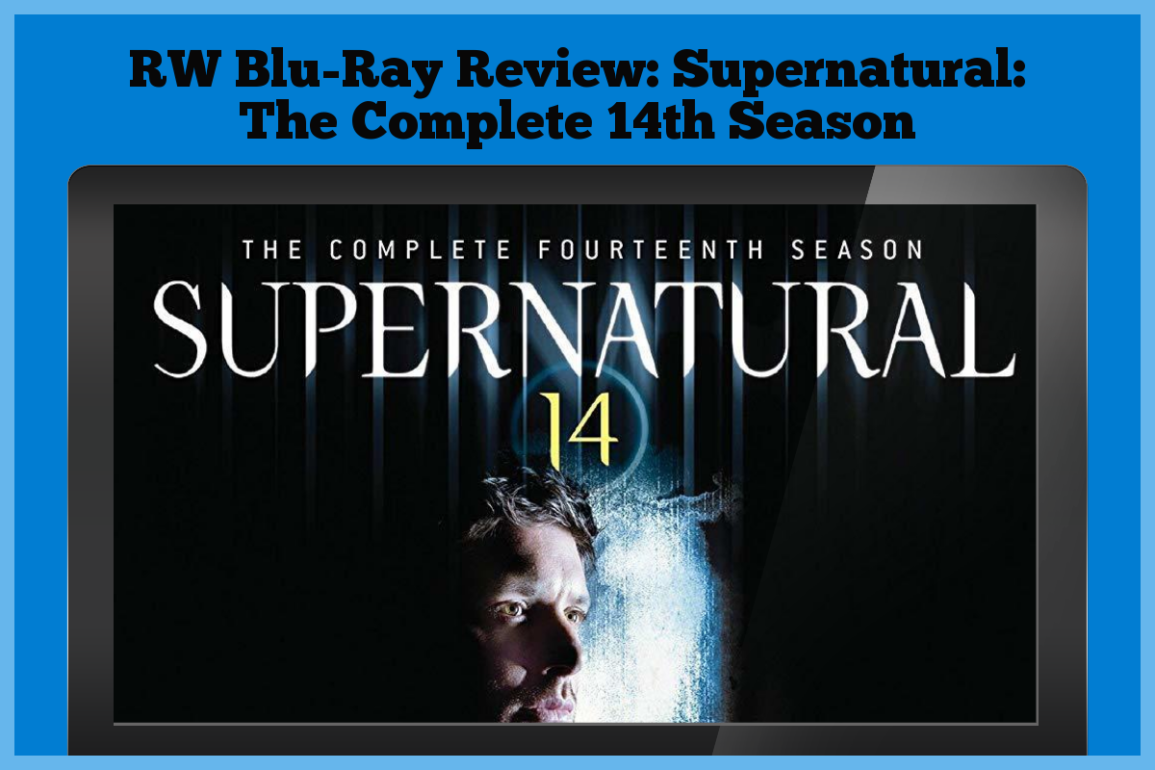 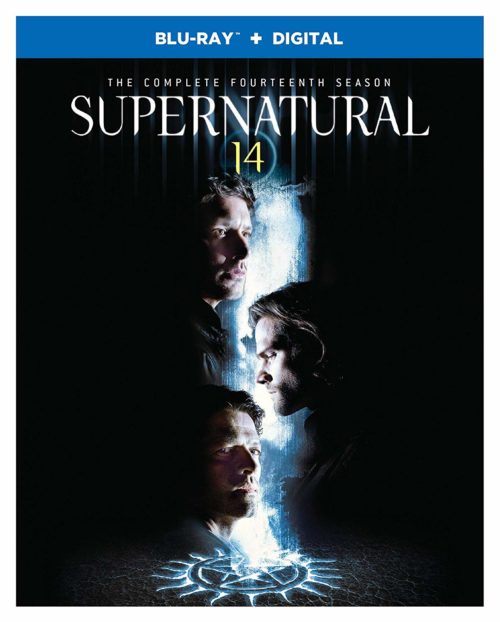 Every Black Friday, I splurge on myself a little. It's never a big splurge, but there has been one constant that has lasted more than a decade. Like clockwork, I buy the latest season of the CW paranormal hit, Supernatural, on DVD. This time around, I decided I couldn't wait until after Thanksgiving to pick it up, and opted for Blu-Ray as well, because future! So let's take a look at the latest season of one of my favorite shows, along with all the accouterments the Blu-ray includes.

In case you have been stuck inside a circle of protection and unable to watch the series lately, Supernatural Season 14 picks up with Michael still in control of Dean and causing havoc, while giving Dean a stylish fashion upgrade. Jack is learning how to adjust to being a powerless human. Sam and Cas are searching for Dean, and Sam has stepped up to lead the AU hunters. Throughout the season, the gang deals with Nick trying to survive not being Lucifer’s vessel anymore and solving the murder of his family, Dean struggling to keep Michael locked up in his brain, and most importantly, Jack regaining a version of his powers, and the battle for his soul, and as usual things going terribly, terribly wrong. This all leads up to a final showdown with an old familiar face ready to reign destruction down upon the world.

Standout episodes from the season are the Halloween episode, “Mint Condition,” where a ghost inhabits action figures and a life-sized figure of one of Dean’s favorite horror movie characters. “Byzantium,” which introduces us to The Empty, the place where Angels go when they “die.” In “Absence,” Jack loses control leading to heartbreaking consequences. “Moriah,” the season finale, where Jack’s fate is revealed, and Cas and the Winchesters meet the real big bad of the show. And finally, possibly the most important episode of Season 14, “Lebanon,” featuring the return of John Winchester and the family reunion everyone has been waiting for.

“Lebanon” is probably the biggest standout of the season. It’s episode 300. We get to see what the Winchesters look like as a happy family, but we also see what happens if Mary had never died, and they had a chance to grow up together. It's not as perfect as the boys imagine. It’s the perfect mix of happy, heartbreaking, quirky, and filled with the usual Winchester action and vibe of “how the heck are we going to get out of this?”

But the episodes I have a soft spot for are “Mint Condition,” because I’m a collector, and seeing Panthro come to life is hilarious, plus I like seeing all the Mezco products, and “Peace of Mind.” Sam and Cas investigate a case of a man’s head exploding. The town is filled with people acting like they live in the ’50s, and Sam falls under the influence of whatever is happening and takes the place of the dead man. Sam isn’t usually the comic relief, so it’s great seeing him in a sweater and glasses with his hair tied back, acting like he’s all prim and proper.

The Blu-Ray is in HD, comes with three discs, and has subtitles in English, French, Spanish, and Portuguese. It does say the special features may not be in HD. Video and audio quality are great, with 5.1 surround sound available for viewers watching in English. I’m used to watching the DVDs or streaming online on the CW app or elsewhere, so the video is brighter and clearer than those options, and coupled with the exceptionally clean audio, it creates a truly immersive viewing experience.

But let’s talk about the most important part of this set, the special features. The Blu-Ray set comes with two audio commentaries, the 2018 San Diego Comic-Con Panel, unaired scenes, two featurettes, and the Season 14 gag reel, a staple of these season sets.

The Comic-Con Panel is fun to see but lacks some of the magic of being in the room where it happened. They’re talking about Season 14, so if you’ve already seen it, you’re not going to learn anything new. However, it is nice to see how much fun and love everyone has for each other. The featurettes are The Winchester Mythology: The Choices We Make and Supernatural Homecoming: Exploring Episode 300. Mythology explores how the choices made regarding or by Nick and Jack led to devastating consequences. Homecoming explores the Winchester reunion, and what that means to all the characters. Just about anything related to “Lebanon” is emotionally charged, so you may get the sniffles.

The unaired scenes are nice but other than a conversation between Sam and Charlie, where relations with Rowena are implied, they don’t stand out; the same with the commentaries, they’re cool if you like that kind of thing. And as usual, the gag reel is hilarious. I feel like they may have given other people more of a chance to shine than in previous reels. There's a lot more of Jodi, Rowena, Bobby, Charlie, and more.

Supernatural Season 14 is a solid season. For a show that’s been around for as long as it’s been, it’s impressive they’re still putting out quality material, but you can also feel a little fatigue. As much as it pains me to say, it’s probably for the best that they’re ending with Season 15. But 14 does its best to keep things lively and interesting. Seeing Dean as Michael is a treat, and some of the familiar faces brought back are welcomed.

So, the question is whether or not this is worth adding to your collection. If you’ve been buying the sets, then absolutely, but if you’re on the fence, then I would say it depends on how much you like special features and video/audio quality. The digital code that came with the set does not include the special features, which was a big disappointment. I like the featurettes and gag reel. I like being able to see them without an internet connection, so for me, I was going to own this no matter what. If you’re also into that, then get the set. You’ll be happy you did.