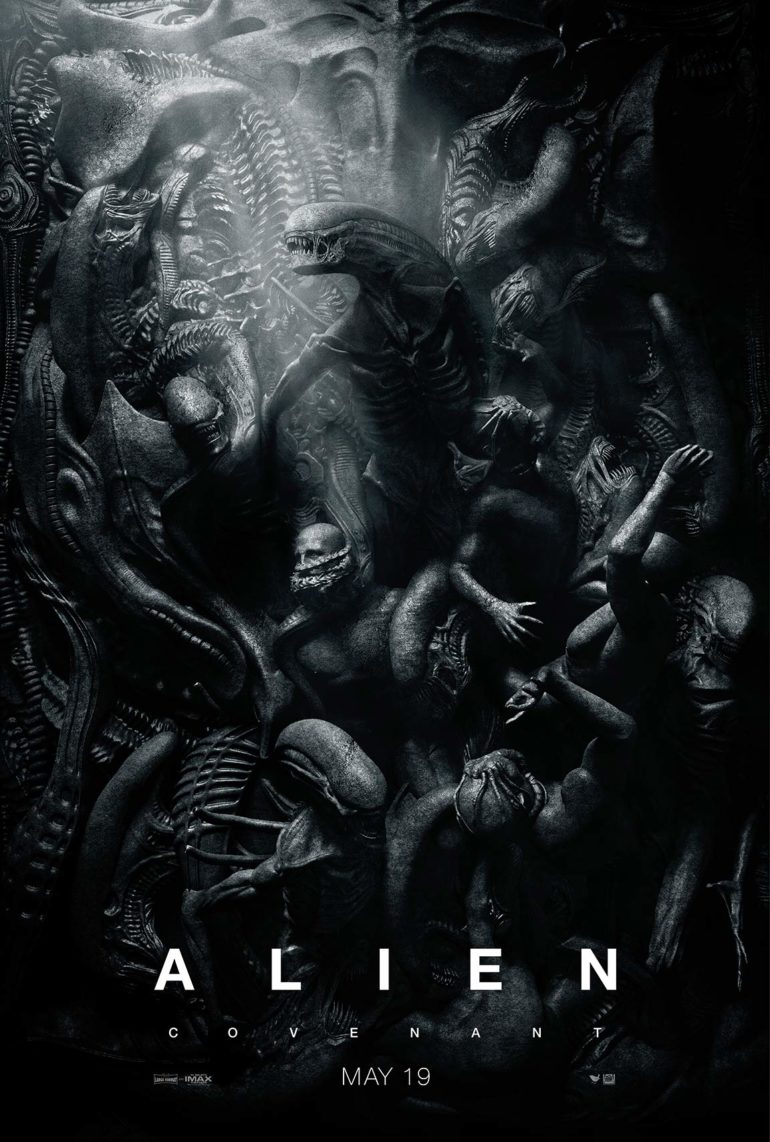 The crew of a colony ship, bound for a remote planet, discover an uncharted paradise with a threat beyond their imagination and must attempt a harrowing escape. -via IMDB

Alien: Covenant marks the second chapter in the Alien prequel series and continues to expand on the origins of the xenomorphs. This film takes place 10 years after the events of Prometheus and follows a group of colonists in stasis on the Covenant traveling towards a new planet they intend to settle (Origae-6). The crew's trip is interrupted by a sudden unexpected event that that awakens the crew from stasis and puts the crew at jeopardy. While trying to gain their bearings, the ship's communication system intercepts a distress call of some sort. Once they isolate the sound and figure out what it is, the Captain ends up changing the flight plan from Origae-6 (which is another 7 years away) and prompts them to instead explore the planet from where the call came from, which at a glance looks like it can sustain life as well. As soon as the colonists touch down on the planet, the real fun begins, with two crew members being infected immediately by alien spores which lead to the creation of a new type of xenomorph creature. The creatures quickly attack the surviving colonists but are saved by David (who you may remember was a just a disembodied head at the conclusion of Prometheus).  How the hell did David get a new body? That sadly was answered in the Alien: Covenant Prologue video below.

One of the many frustrating moments for me was that this pivotal piece of info was relegated to ancillary content and not left in the film. How do you create something so valuable to the plot and relegate it to web content? If you went into the movie without seeing the prologue you'd be wondering how David was whole once more after the events of Prometheus.

Once the colonists met David we got some decent plot development regarding the fate of the planet's inhabitants, who tie back to the first film along with the fate of Elizabeth Shaw who escaped with David. We also see what David has been up in the ten years since the Prometheus incident.

Michael Fassbender pulled double duty for this film reprising his role as David but also playing Walter, who was the android monitoring the crew on the Covenant spaceship. The exchanges between David and the newer and more advanced Walter were some of the highlights of a movie while everyone else was essentially fodder for the various xenomorph incarnations seen throughout the film (including the iconic version we all know and love).  I found myself wondering often throughout the course of the film how so many “smart” people could make such piss poor decisions. Decisions which got many killed throughout the film. It pains me to admit that the element of fear that was such a huge part of Alien and later Aliens was completely lost in this film. The suspense was replaced by copious amounts of gore, which, while not totally terrible at times, seemed forced for shock value.

Once David's agenda was revealed to the audience the film sped towards a conclusion at a fast pace and continued laying the groundwork for the original Alien film with a solid twist at the end that most savvy theatergoers would have seen a mile away. I am curious as to how they plan on merging those two stories when the series concludes as I feel there is more to the story that I personally see exceeding more than one additional film. Ridley Scott has said that it may all be wrapped up in one or two more films. Depending on this film's success he may want to just look at one more as two more would be a tough sell for fans.

Alien: Covenant, while a decent follow up to Prometheus, lacked the elements that made Alien and Aliens some of the most iconic sci-fi horror films in the game which is a shame considering the wealth of material and Ridley Scott's involvement. Michael Fassbender was the true star of the show and his work as David eclipsed the “monsters” in the film tremendously. Even if you're a hardcore Alien fan I sadly have to recommend you wait until this film is on TV or home video as the flaws and subpar plot are not worth a trip to the theater.