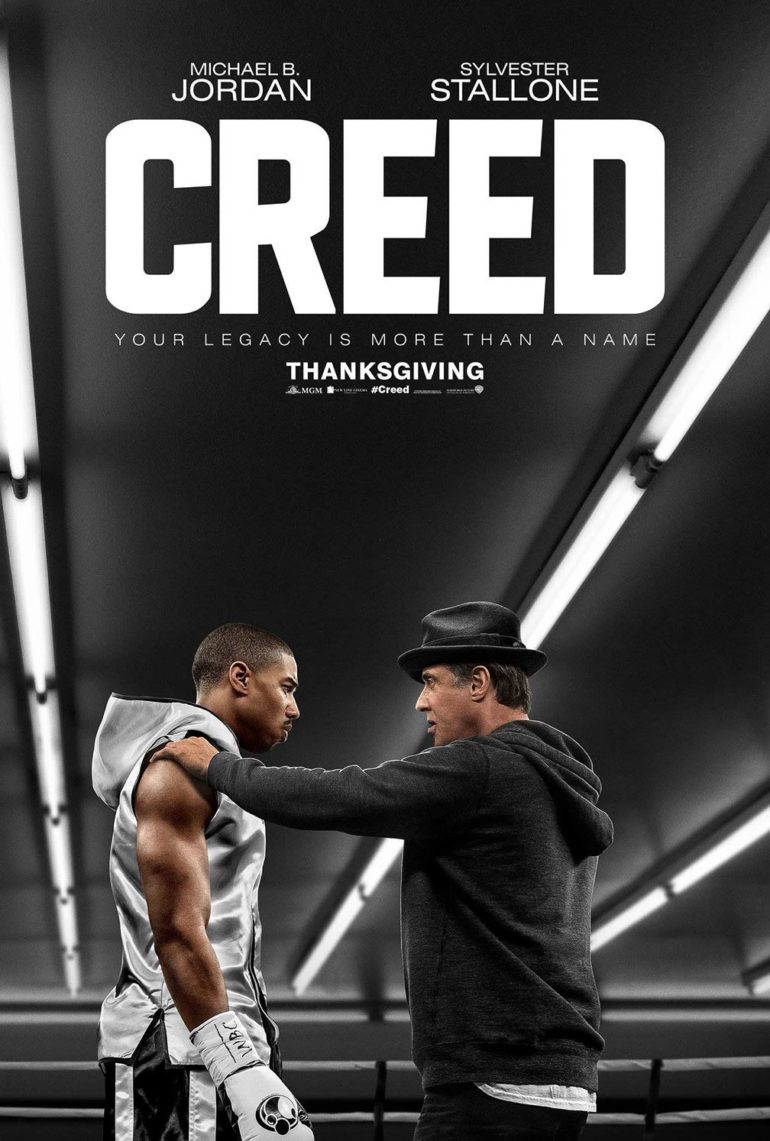 The former World Heavyweight Champion Rocky Balboa serves as a trainer and mentor to Adonis Johnson, the son of his late friend and former rival Apollo Creed.-via IMDB

Feature Trailer for Creed on TrailerAddict.

When I first heard rumors about Creed I went on air and expressed my displeasure with Hollywood's desire to force another unnecessary Rocky sequel down our throats. The more I heard about the film, the more I deemed it a failure – but as the casting came together and I saw Stallone getting involved my stance began to soften a bit. Once it was announced that Michael B. Jordan would play the son of Apollo Creed I said to myself “how bad can it be?“. Seeing Jordan reunited with Fruitvale Station‘s Ryan Coogler changed my outlook completely because Jordan and Coogler had the chemistry to give us something decent.

I walked into the theater and enjoyed two hours and fifteen minutes of amazing storytelling and top notch boxing choreography. Creed truly felt as special as the original Rocky did when I first saw it. Now you're probably saying, “so it's Rocky with an African-American lead”? While on the surface you may think that, the fact is that Creed is capable of standing on its own and the endorsement and involvement of Stallone was truly icing on the cake and complimented Jordan's stellar work as Adonis Johnson. All the signature Rocky tropes were there as expected, including awesome training montages and a solid soundtrack that makes you want to walk outside and do roadwork.

Tessa Thompson impressed as the love interest and while her character could have been fleshed out a bit more, she played a strong, stern and supportive counterpart to Jordan's cocky yet confident Adonis Johnson.There were  few scenes that could have used a bit more time just for the sake of addint more depth to the story a bit, but it's not enough to hurt the film in a major way. A lot of people feel that Stallone may secure himself an Oscar nod with his portrayal of Rocky Balboa and it is hard to dispute, with not only the stellar chemistry with his castmates but the fact that he continues to create compelling stories for Rocky other than being just the trainer and father figure. The positive response to Creed in theaters has many speculating that we may see the rise of a new franchise with Jordan and Stallone at the helm, but I think Creed is a solid chapter to close out Rocky as a whole. It will be hard to top this film and bring the same raw emotion and grit to a sequel.

If you are a die hard Rocky fan then Creed is a can't miss film that creates a hero for moviegoers to get behind. If you are a boxing fan you'll appreciate the respect given to “The Sweet Science”.