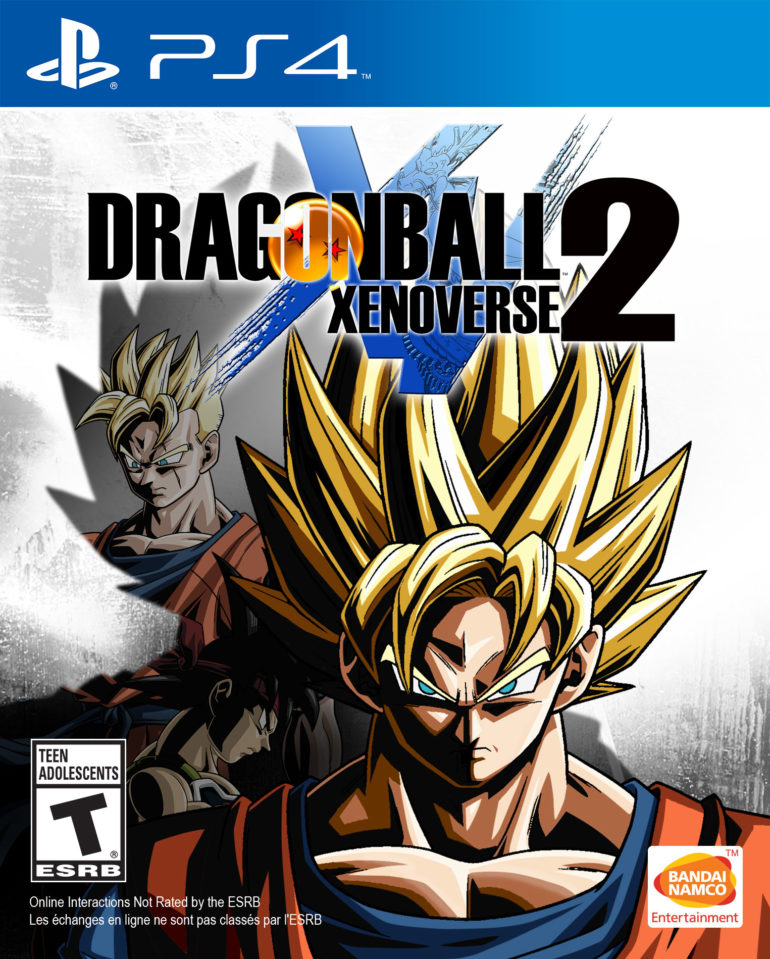 The plot for Dragon Ball Xenoverse 2 reminds me a lot of DC's Legends of Tomorrow in that you're tasked with fixing anomalies in the DBZ timeline which affect some of the legendary battles in the DB universe. It can be as simple as making sure Goku is holding Raditz when Piccolo unleashes his attack to fighting Great Ape versions of Nappa and Vegeta and helping Goku defeat them with your created Time Patrol officer. While all these moments will seem familiar, the involvement of game's main time traveling antagonists coupled with many familiar villains keeps things interesting and gives long-time fans some new twists on classic Dragon Ball moments. The create-a-warrior component has some decent depth. Players are allowed to build a warrior from the game's races, which include Human, Saiyan, Majin, Namekian and Frieza-based Time Patrol officers with a slew of clothing and color options (I went with a Saiyan).

The games build on what players did in the first Xenoverse game, including erecting a statue of the created character used in the first game. This moment, of course, can only happen if you have the save from the previous game. I had deleted my save so I just picked a character statue based on choices offered in-game. It is a cool little feature for those who played the previous game.

Dragon Ball Xenoverse 2 does a magnificent job of capturing those memorable Dragon Ball moments and the writing and dialogue were a big part of that. The Conton City area, which serves as your main hub, was a bit overwhelming at first but it is your launch point to both campaign and training areas as well as a variety of side quests which are handy to level up your characters stats and attacks. We all want to use Gallick Gun or Kamehameha attacks and doing side quests can help you unlock those attacks faster. Initially you'll walk throughout the map but you'll get a vehicle later on and of course the ability to fly through the city as well.

Dragon Ball Xenoverse 2 continues the longstanding tradition of excellent cel shaded representations of the series' iconic characters as well as the created character you use throughout the game. I feel that the vibrant colors of the series pop using this current style. While gameplay and enjoyment come first and foremost, I feel that when it comes to DB games, visuals are key. The cutscenes were great and helped move the story along while maintaining the feel of the TV series, although I felt there were fewer cutscenes than there should have been for a DB-based game. This is more a personal observation and not something that affects the enjoyment of the game.

While I enjoyed the character models and designs, I felt the battle areas could have used a bit more polish and detail. The lack of real interactivity with the backgrounds took a bit away from the overall experience. Being tossed through mountains and leaving craters that remained visible throughout combat while subtle would have added to the game in my opinion.

The controls for the game, while somewhat intuitive thanks to the tutorial, do have a bit of a learning curve especially when it comes to flight and vertical movement but overall they are solid and once mastered will have you on your way to fighting all of the series' familiar foes. I will add that the chain-based combat is quite repetitive, so if you mash the square button you will fare well in most battles, but mixing it up with striking and projectile attacks is always the way to go to full appreciate the game. If you've played most Dragon Ball games this strategy will be quite familiar and you'll either love it or hate it. Defense is intuitive and players can teleport out of the way of attacks so strategy in the harder confrontations will depend on this quite a bit (coupled with some good blocking of course).

The online component for Dragon Ball Xenoverse 2 is not something easily found when you play the game, so if you're wondering why it's not shown in the main menu it is because it becomes accessible via Conton City later on in the game. I found this to be odd and wondered why they would opt to do that versus having the mode readily available.

Players will have the choice of online and offline battles using their created characters along with any of the Dragon Ball characters that have been unlocked. If you want to mix it up one-on-one with the computer you'll have your chance via the free battle mode. Playing against friends in local battle mode is an option as well.

Online one on one modes are comprised of the usual player match, ranked match and endless battle modes.

The secondary online component is the cooperative missions which have you team with other gamers to complete assigned special tasks. These tasks can be as simple as defeating a certain number of opponents within a certain time to huge battles with some of the game's bosses. Dragon Ball Xenoverse 2 did a solid job improving on what the first established, but it did have its fair share of shortcomings. The most noticeable one right away were the load times which were pretty shitty. The crazy part is the copy we played was digital and the load times were still crap. Load times aside, I felt this game truly embodied a Dragon Ball gaming experience both in presentation and gameplay. While I am not sure a gamer new to the Dragon Ball series will pick this title up first, it can happen and if so I feel they will be frustrated with the combat system and the chaotic nature of how battles play out. I wanted to put that out there for anyone looking to make this their first Dragon Ball game.

Dragon Ball Xenoverse 2 for the PlayStation 4 was provided by the publisher.