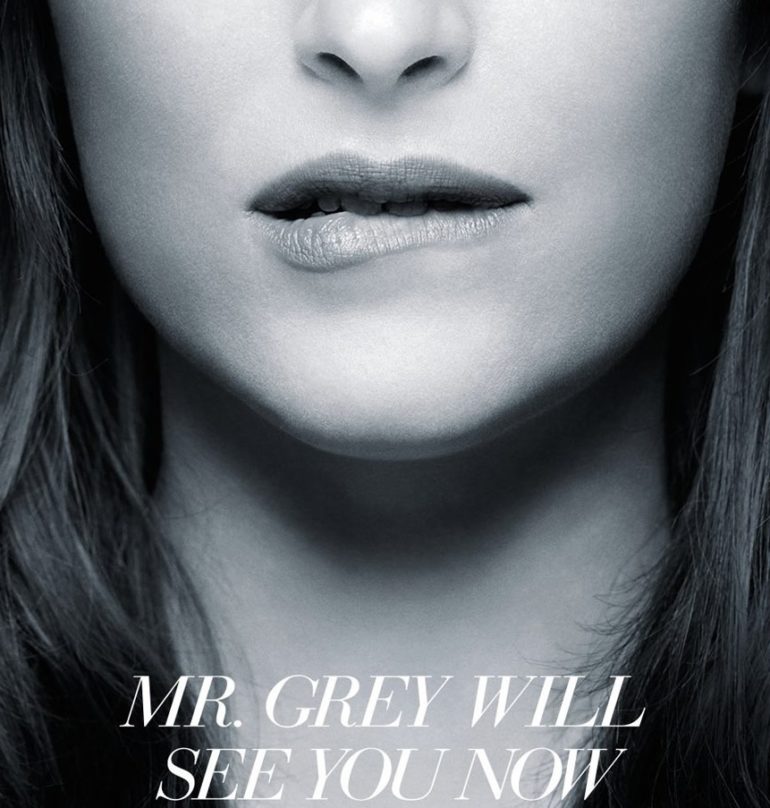 So…Fifty Shades of Grey. Worldwide Phenomenon. Yes, I read the books (and I am a woman), so naturally my curiosity was peaked when they announced the film adaptation of this story. Did I expect it to be award-winning by any stretch of the imagination – not at all. Did I want it to be semi-decent with some nice…ahem…visual stimulation? Perhaps. (Come on, we know what the book is about, right?)

Explicit, graphic and chock full of detail with a hint of romance… we all were suckered into Mr. Grey’s world via the book craze; with many silently wanting to see this story acted out after reading the last page. So, did the writer and director bring us 50 Shades of Grey or 50 Shades of Not-So-Yay?

If you are not familiar with the story by now, we start off with Anastasia Steele (Dakota Johnson) replacing her sick best friend Kate (Eloise Mumford) at an interview with the enigmatic, wealthy and handsome Christian Grey (Jamie Dornan) for their college publication. Their awkward interview leads to an immediate attraction between the two they cannot deny. But, Anastasia quickly learns that Mr. Grey is only interested in a relationship on his own terms – terms that must be bound by contract and are certainly not for the prude. The rest of the book focuses on their growing relationship and how it changes both characters…but does anyone really care about that part?

Back to the movie. As I stated before, I expected a campy adaptation devoid of most of the book’s core story (purely for media shock value). I was partially right. The film either left out or rushed scenes that should have been present to keep viewers interested in the story. Instead, those were replaced by semi-erotic love scenes that were no more of a big deal than your average sex scene in any movie. The most gratuitous nudity is on the part of Anastasia, as she spends a decent amount of the movie stark naked. (So to all those Valentines being forced to the theatre this weekend, at least you have that.)To think, in a movie catered towards women, the most you get from Jamie Dornan is an extended shot of his bare behind, and some strategically-placed thrusting. Oh, and there’s some cuffs, a crop whip and a feather. That folks, is why this is a rated-R movie, and anyone who thought it deserved more clearly hasn’t watched HBO lately.

There is absolutely no character development for either Christian or Anastasia throughout the movie, and much of the dialogue is quite literally laugh-out-loud worthy. You really don’t learn much about why Christian is the way he is. (Maybe it’s just me that thinks these kinds of things are important in a 110-minute movie.) Johnson and Dornan had no chemistry whatsoever, which is a shame for a couple brought together by an intense sexual connection. From the beginning, I disliked the casting for these roles, and honestly, their ho-hum performances made me dislike it that much more. Both seemed bored (even with the minimal bondage scenes) and while I understand that it must have been stressful to be the most talked-about movie couple of 2015, come on! Add a little spice people – you are in 50 Shades of Grey! Make it semi-believable that you even like each other, let alone want to get down and dirty every five minutes. They just didn’t do it for me.  Lastly, the background players are all forgettable, not by their own fault but solely based on the rushed writing.

All in all, if you expect to leave the theatre hot and bothered, you surely need to pour some tabasco sauce on your popcorn, because it is just not happening. But then again, what did I really expect?