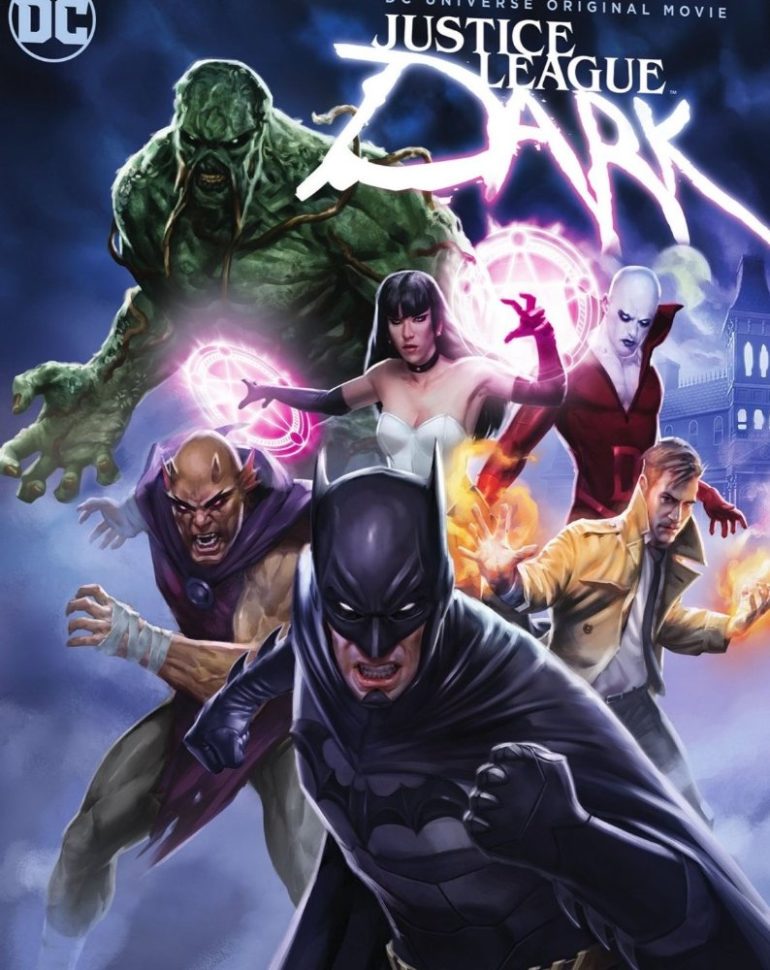 Beings with supernatural powers join together to fight against supernatural villains. This team of supernatural beings include John Constantine, Zatanna, Deadman, Swamp Thing, Batman and Jason Blood also known as the demon Etrigan. – via IMDB

My Take:
While DC has been working on building a box office footprint with their live action DC Cinematic Universe, the real stars for DC & Warner Bros. have been their animated features, which not only capture the essence of the DC books they are based on but also give fans some of the truest representations of the source material. Justice League Dark continued that trend by uniting the “darker” and more magical characters, throwing in Batman for good measure and quite honestly the mix was not only extremely well done but also allowed newer fans to get acquainted with some of DC's magical heavy hitters including Zatanna, Etrigan, Swamp Thing and Deadman, who, while long-time staples in the books have not been prevalent anywhere else. Constantine, of course, was the big draw as Matt Ryan has breathed life into the character on the small screen with the short-lived but beloved Constantine show along with appearances on Arrow and the upcoming animated run on CW Seed.

The R-rating, while needed for the film given the subject matter, was not abused or overly relied upon and allowed a few creative freedoms for the story. The representation of the characters involved included some more adult humor and some rather creepy monsters. The final product did the comics justice and may have even motivated new fans to check out comics with Swamp Thing, Zatanna, and the others as well as raising the stock of Matt Ryan's Constantine for either film or TV.

Once the film concluded, we got to meet members of the voice cast Matt Ryan and Enrico Collantoni plus director Jay Oliva to discuss the film. We got some tremendous insight into the creative process and some additional details regarding the making of the film. The night ended with some fan Q&A and prizes and pictures with the panelists (check out some of the photos here).

When it comes to their animated films DC is currently head and shoulders above Marvel and Justice League Dark is a welcome addition to their stellar resume. If you have not checked this film out I recommend you give it a shot as it truly was well done. Look for the film on digital, DVD, and Blu-Ray.