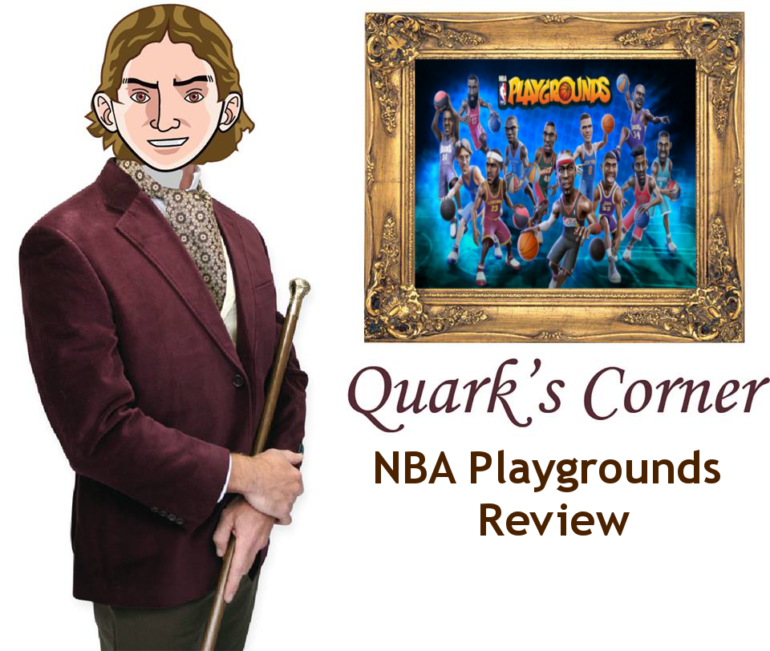 NBA Playgrounds makes an amazing first impression. When you boot up the game, you are opening packs of cards that contain a random assortment of NBA players. Accompanied by the catchy theme music, you are introduced to how you unlock the strange-looking monstrosities that play ball. You then go into Exhibition Mode where the character select screen looks like it's ripped straight out of a fighting game. It's just a shame the best part of NBA Playgrounds is its menus. 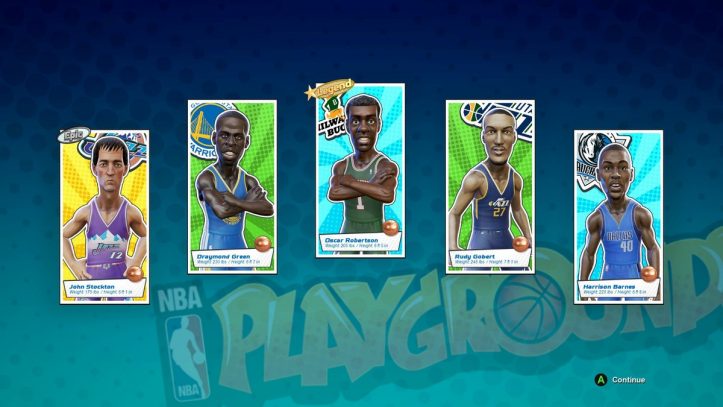 NBA Playgrounds would be a fun, two-on-two arcade style basketball game if NBA Jam wasn't released in 2010. While it may not be fair to compare the two, it's impossible not to when they are both so similar. NBA Playgrounds feels like it doesn't know what it wants to be. On one hand, there are these crazy power-ups that can completely swing the game in a losing team's favor. On the other hand, you can't make something as simple as a dunk without some oddly precise timing. While I eventually got the hang of how to make successful three-pointers, it never felt good. 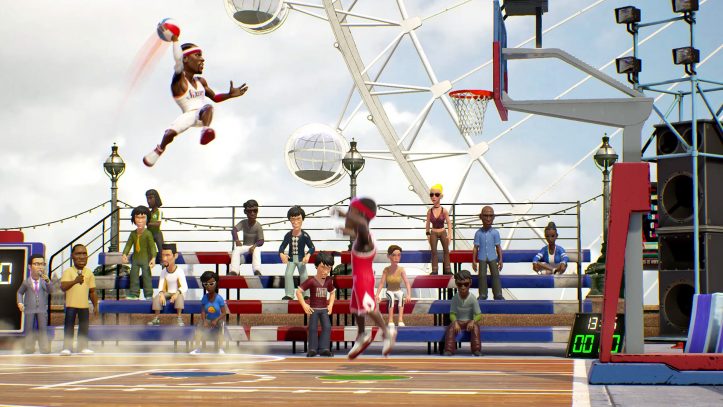 There is no shot meter in NBA Playgrounds. This would be fine if every shot didn't require special timing. The game says you're supposed to make shots “at the perfect time”, but you never really know when the perfect time is. This also would be fine for an NBA simulator, but not for a game where players are jumping twelve feet in the air to do a dunk. Apparently, NBA Playgrounds was supposed to have a shot meter, and I really think it would have benefited with one.

Clearly, this game was meant to be played with a friend as evidenced by the scant amount of game modes. There is a standard versus mode against the computer in Exhibition Mode and Tournament Mode where you travel the world to complete challenges and get more blind packs. Combined with an online Versus Mode that I couldn't get to work, that's all there is to an almost twenty dollar purchase.

While it seems that I'm being awfully critical on the shot mechanics and hate NBA Playgrounds, the opposite is true. I must commend this game for its lack of micro-transactions. Considering the game awards characters in the form of blind packs, it would have been easy to allow players to buy more blind packs for real money. You also unlock characters at a decent rate. While I didn't know who 99 % of the players were, it was still cool to unlock Scottie Pippen. 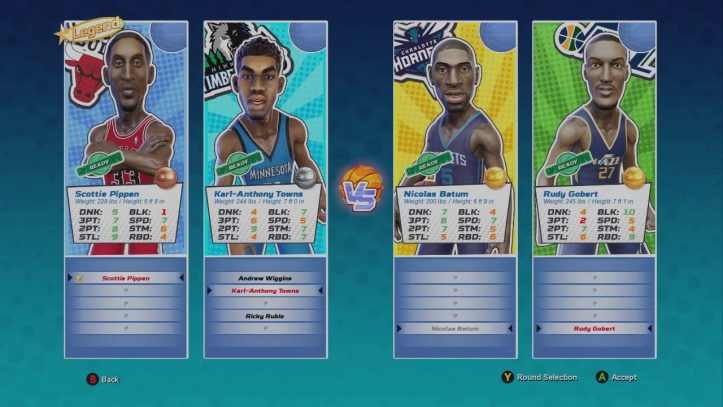 NBA Playgrounds, for all intents and purposes, is a good game. My gripes about the shot mechanics and limited game modes don't keep it from being a solid game mechanically. It's just one I have no intention of ever playing again. NBA Playgrounds fails to be the next best arcade style romp akin to NBA Jam, and it doesn't scratch the itch for the basketball enthusiast looking for a great simulator. It's hard to recommend NBA Playgrounds to anyone when there are better alternatives out there. Maybe it's best experienced on the Nintendo Switch, where you can pick up and play anywhere, but on a non-portable console title, you can do much better.