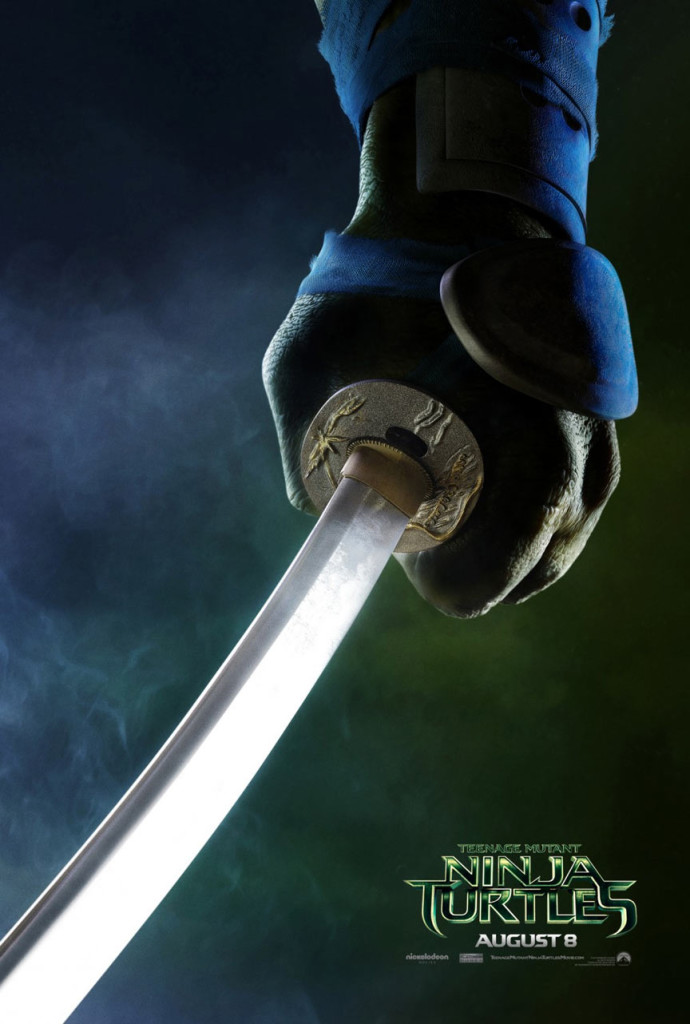 Darkness has settled over New York City as Shredder and his evil Foot Clan have an iron grip on everything from the police to the politicians. The future is grim until four unlikely outcast brothers rise from the sewers and discover their destiny as Teenage Mutant Ninja Turtles. The Turtles must work with fearless reporter April O'Neil and her cameraman Vern Fenwick to save the city and unravel Shredder's diabolical plan.

Let me start off by saying that Michael Bay's involvement with this film lead me to expect the worst, especially with all the varying rumors and speculation as the release got closer. The funny thing is that Michael Bay did not direct this film and was only on board as a producer. Johnathan Liebesman directed the film and with subpar films like Wrath of the Titans and Battle Los Angeles, my expectations were not really high going in. It pains me to admit that even though I wanted to hate this film it was surprisingly not terrible. Let's not gloss over the fact that it did have its fair share of flaws, but before I get into those let's talk about the Teenage Mutant Ninja Turtles themselves. The initial reaction to the Shrek-like design was not good I'll admit, but as the film progressed it was easy to look onscreen and just see turtles and not ogres or Goombas from that terrible Mario Brothers flick. While a nostalgic fan such as myself wanted something akin to the old films and cartoons, I realized that this was a new vision for new generations to appreciate much like the Transformers. I liked the varying designs for each turtle as it allowed us to see more personality beyond just different color bandannas. I liked that Mikey was smaller and more nimble versus Raphael who was larger and bore the scars of battle. Leonardo though looked more like a samurai and less like a ninja, which while noticeable, did not make him embody a leader any less. Donatello had a cool design and while some will complain about the glasses, we have to remember that this is for kids and a kid who wears glasses will feel a bit cooler seeing what may be one his favorite turtles wearing them. The overall personalities of the turtles were in more in line with recent incarnations as the tensions between Raphael and Leonardo were at play. I honestly can't remember them being at odds in older cartoons. I will admit, I liked Raphael and Splinter's designs the most. In Splinter's case, I liked that his rodent abilities factored into his fighting style and allowed for unique fight choreography. You wouldn't even notice that Splinter was voice by Monk actor Tony Schaloub. However, you may have realized that Leonardo was indeed Johnny Knoxville. In the back of my mind I kept waiting for “My name is Leonardo and welcome to Jackass”…but I digress. The final character I'd like to dig a bit into is The Shredder who was not as bad as I'd thought he would be with his overly complex-looking armor.  The Shredder's origins could have been fleshed out a bit better and the same could be said for Splinter's mastery of Ninjitsu. There I did feel that they phoned it in a bit because time could have been shaved off the April O'Neil back story to elaborate on the more core characters. I did like the addition of Karai as she was a good second for Shredder (much like Tatsu was in the old films) and she has appeared in previous cartoons as well so the familiarity to seasoned fans is there.

I haven't gone into April O'Neil and Vernon Fenwick because honestly they only served to usher along the narrative and frankly could have been played by anyone. Will Arnett seemed pained to deliver his lines as Vernon and Megan Fox really added nothing to the story since her story via flashback was about the most engaging part of her character.

On the action side of things, I felt the fight choreography was well done and looked fluid. I think  keeping the fighting style of  the Turtles a bit on the rough side worked to reinforce that they were still young and still learning. There was some well-placed “Bayhem” in the film, but it actually was not as super over the top as something you'd see in Transformers. The chase scene and final battle were both intense action sequences albeit applicable to the story at hand  – meaning stuff didn't blow up for the sake of blowing up. This film (based on the box office numbers for the opening weekend) seems destined to become an ongoing franchise and I hope it digs into the TMNT mythos a bit more for later installments.

This new re-imagining of TMNT was a pretty fun film and had some nice nods to the source material and cartoon. While it is easy to nitpick at all the little things it lacked and the performances of the cast, it pains me to admit that overall it wasn't as bad I thought it would be. If you have kids they will enjoy it and if you can approach the film with an open mind you may actually enjoy it too.

3D is not necessary for  this film so don't get conned into it because at best only the two big action sequences in the third act made the most of it.