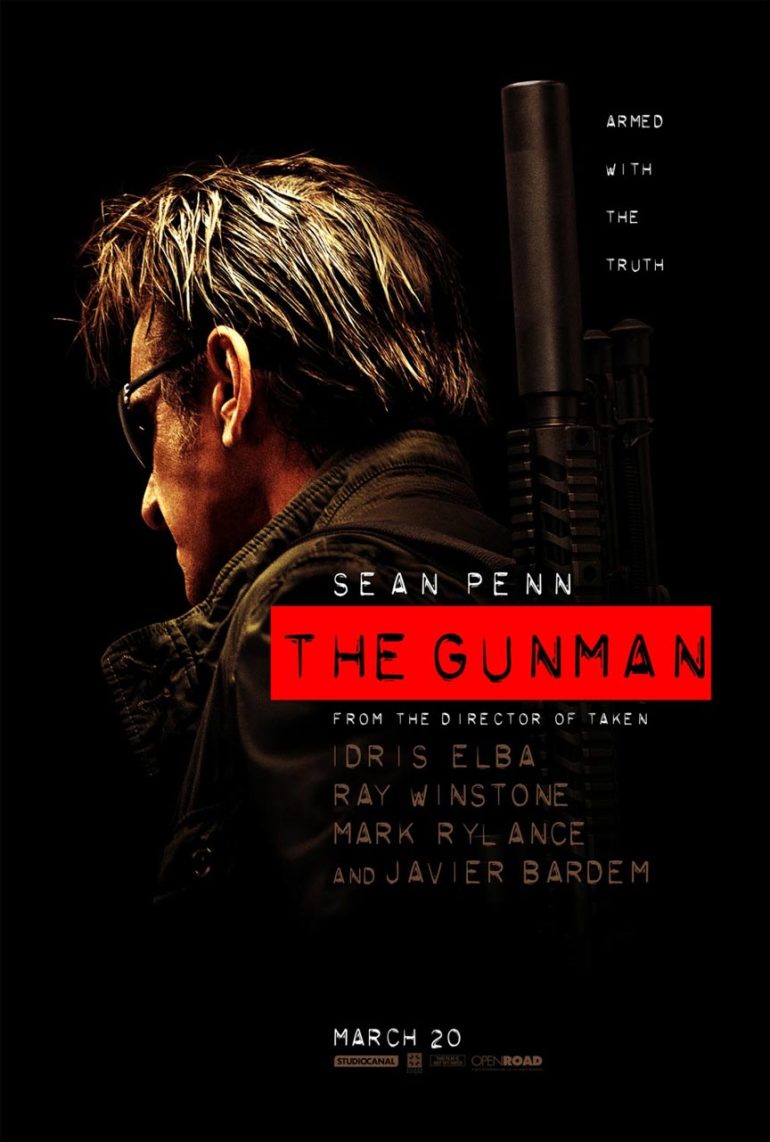 An adaptation of Jean-Patrick Manchette's “The Prone Gunman.” Sean Penn stars as Jim Terrier, an international operative who is betrayed by the organization he worked for, and must go on the run in a relentless game of cat and mouse across Europe.-via Trailer Addict

Trailer for The Gunman on TrailerAddict.

Sean Penn becomes the latest veteran actor to embrace the action movie genre and the results are interesting, to say the least. Penn's portrayal of “hitman with a conscience” Jim Terrier is solid, but the real stars of the film are the bit players who Penn plays off of. The first one is Javier Bardem, who continues to fill his acting resume with over the top, flawed, manipulative villains. Bardem brings a suave villainy to his roles and his exchanges with the always intense Sean Penn were some of the better scenes in this film. Ray Winstone also shined as Terrier's friend and intel provider, but his screen time was limited which was unfortunate. I am sure you are curious about Idris Elba‘s involvement in the film, as he was shown in quite a few trailers. I am sad to say that Elba's total screen time couldn't have been more than 10 minutes. Terrier's love interest (Jasmine Trinca) was sadly just a plot device to get Bardem and Penn into conflict and really added nothing more to the film, which considering how violent it is, is was a notable flaw. Penn's character battled some health issues as the film progressed which I think served as a way to slow down the path of carnage Penn's character unleashed on screen. It was similar to Man on Fire in how Denzel Washington‘s character was hindered by the wounds he got earlier in the film.  As an action star, you can see that Penn put in  the work to transform his physique and the audience was reminded of that often. Penn was probably in the best shape of his life during this film and he definitely had a believable soldier aura. The Gunman employed some great close quarter combat as well as the right amount of blood, explosions and gunfire to please most action movie fans. However, for all the great action at work the film dropped the ball with the climactic battle with the villain and how he was dispatched. The main henchman honestly had a better death than the boss did which was a letdown after all of the build-up. Terrier's future (after dispatching a litany of bad guys) felt flat and anticlimactic as well.

While I enjoyed The Gunman I felt the story had some noticeable flaws and was probably 20 minutes longer than it should have been. The climax of the film was a letdown and the notable cast members alongside Penn had very little screentime. The Gunman feels more at home as a cable feature versus a big screen production. I do think Penn has the look and presence to become a modern day Charles Bronson, but, unfortunately, The Gunman lacked the narrative to back up my endorsement, which is a shame. As an action movie buff, I recommend you give the film a shot either as a matinee or when it hits cable.