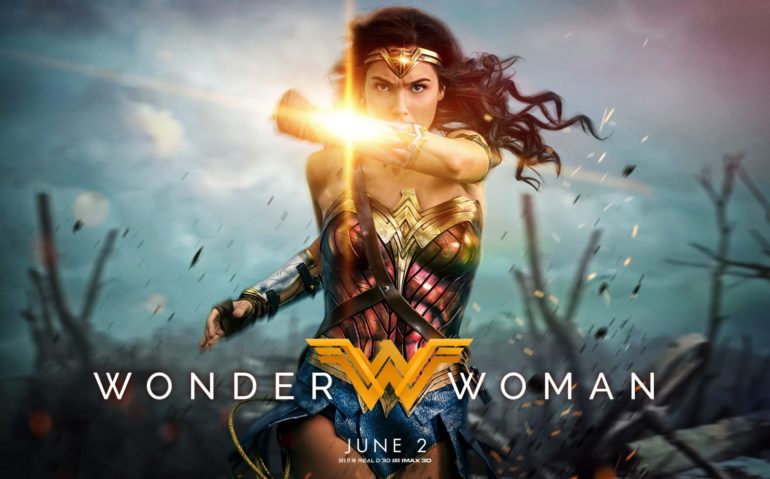 Before she was Wonder Woman she was Diana, Princess of the Amazons, trained warrior. When a pilot crashes and tells of conflict in the outside world, she leaves home to fight a war to end all wars, discovering her full powers and true destiny. -via IMDB

The next chapter in DC Cinematic Universe is upon us as Wonder Woman makes her solo debut on the big screen. Coming into this film, many comic book fans had high hopes as Batman v. Superman: Dawn of Justice did not deliver the one-two punch DC and hardcore comic fans were expecting. However, it did succeed in getting fans primed for Wonder Woman to have her solo shot, as many felt she was the highlight in an otherwise very disjointed and fan base dividing film.

Wonder Woman's solo adventure was first and foremost an origin story and Patty Jenkins did a terrific job in blending the slightly different origins of Wonder Woman into something workable that for the most part falls in line with the character's current depiction in the books. The backstory of the Amazons, as well as their skills on the battlefield, were extremely well done in my opinion. The arrival of Steve Trevor (Chris Pine) moved the plot forward quickly with Wonder Woman leaving Themyscira and involving herself in the war. I thought the backstory for Wonder Woman's tiara was a nice touch and added some additional significance to her costume.

The film had some fun with the fish-out-of-water comedy between Wonder Woman, Steve Trevor and Etta Candy, all without it looking too over the top or hokey which was good as the dark and grim take in the past DC films was not necessary here. The humor helped break up a lot of serious moments throughout the film, all while helping to flesh out the dynamic between Wonder Woman and her “team”. The team was a multicultural mix of individuals who much like Wonder Woman were seeking their place in the world and showed that heroes come in all colors. The diversity and the motivations of the characters made for some really powerful scenes, especially after Wonder Woman revealed herself to the world in the No Man's Land scene.

Throughout the course of the film, I felt Wonder Woman shared a lot of similarities with Captain America: First Avenger and that is not a negative as that film succeeded in debuting Captain America in a way that was neither boring nor ignorant of the character's historical origins.

The film was not without its flaws, however, as the main villain left a bit to be desired when he was finally revealed (and if you've seen the animated Wonder Woman film you may feel the same way I did with regards to that). Danny Huston as Ludendorff and Elena Anaya as Dr. Poison were both solid in their roles and helped put a face in front of the film's overall conflict before the main villain's big reveal.

Wonder Woman was a great film from start to finish (even with some of its small flaws). I felt it was a well-needed shot in the arm for the DC Cinematic Universe. We can only hope Justice League continues the positive trend Wonder Woman established.