Samsung Brings VR to Mobile with the Gear VR 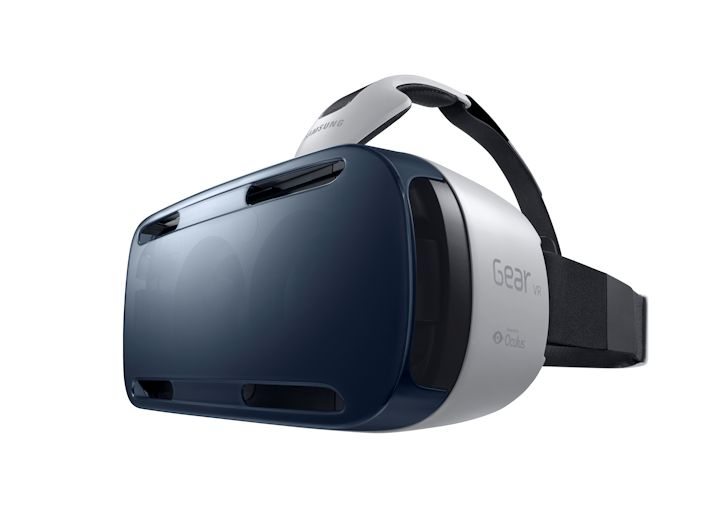 Samsung tossed a curveball our way this past Wednesday at their Unpacked event. While we expected the reveal of the Note 4 to the media, no one expected Samsung to throw their proverbial hat into the VR arena as well – much less with Oculus as a partner, but that is what we got. Samsung announced the Gear VR much to the surprise of the attendees. The crazy thing about this product reveal was that the VR headset was powered by the Galaxy Note 4.

After the keynote ended, Dani from Royal Flush Magazine and I made our way downstairs for some hands-on time with all the new tech Samsung had to offer. We saved the Gear VR for last since the line was incredibly long. I am glad we waited, as we were able to spend ample time checking out the immersive media experience plus the gaming components as well. Before we get into the each individual experience, let's talk about the Gear VR's build, which given my familiarity with the Oculus Rift was pretty spot-on to their device, but without any wires confining it to any area. The Gear VR had solid construction and was not overly heavy on my head. There is a dial on the top to tweak the picture much like a pair of binoculars and the side has touch controls to advance tracks and scroll among other commands.

The Galaxy Note 4 goes into the front area to power the device and offer the user interface for media consumption. The fact that the phone powers the entire experience is crazy!

So how does it work? The first Gear VR experience was a Coldplay concert and I can honestly say the immersive experience was truly there. I could look up and see the lighting and arena effects or I could look down and see the mic stand, speakers and fellow concert attendees. You were close to the action but it wasn't phony and did not cause sensory overload. It truly felt like a stage side seat and seeing that from a simple phone truly was a wow moment.

The gaming experience was just as amazing since the platform adventure game we played made full use of the Gear VR's capabilities. I was able to look in every corner of the dungeon in the game and I truly felt like I was standing along the stage watching my character fight off some skeletons. The Samsung controller reminded me of the six button Sega Genesis controller from my childhood and felt natural in my hand.

There was no input lag and it was small enough to toss in a knapsack and bring over to a friend's house to use. I am sure the use of this controller will go beyond just the Gear VR. Were there any negatives? I will say that the eye mask area needs to be made of another type of material as it made my face sweat and I am sure from a hygiene standpoint it should be washable. If I were Samsung, I would make that area replaceable and maybe make it customizable just to add a bit of personality to the hardware. Is the hardware ready for the general public? I believe that companies will need to figure out how to maximize the Gear VR's features. Harmonix is but one of many partners that are ready to throw their support behind the Gear VR. Here is what Harmonix has in store for Gear VR owners.

[alert variation=”alert-info”]
HARMONIX TO BRING IMMERSIVE MUSIC EXPERIENCE TO SAMSUNG’S GEAR VR“Harmonix Music VR” to ship for Oculus-powered Gear VR this year
Cambridge, MA – September 5th,  2014 – Harmonix is excited to announce “Harmonix Music VR,” an all new virtual reality music experience, will be coming to Samsung Gear VR, powered by Oculus.“Harmonix Music VR” transports you to a fully immersive, music-driven dreamscape allowing you to experience your tunes like never before. It uses Harmonix’s proprietary Music Analysis Engine to generate a song-specific, high-resolution event sequence that drives the reactive elements in your virtual world. Sit back and relax, taking in the vibrant, musically responsive environment, or explore for even more audio visualizations set to your own tracks.“Harmonix has always been interested in creating fundamentally new ways for people to interact with music,” says studio CEO Steve Janiak. “There’s an incredible amount of potential for this with virtual reality, and ‘Harmonix Music VR’ is just one way we can deliver on these types of innovative experiences. We can’t wait to hear what people think about this new way to experience the music they love.”“Harmonix Music VR” will be available alongside Samsung’s Gear VR when it launches later this year.
###
About Harmonix Music Systems, Inc
Harmonix Music Systems, Inc., based in Cambridge, MA, and established in 1995, is the leading developer of groundbreaking music-oriented videogames and experiences. Harmonix was founded to invent new ways for non-musicians to experience the unique joy that comes from making music and has pioneered music and rhythm gaming in the US. For more information please visit www.harmonixmusic.com.
[/alert]

It is great to see companies ready to give the Gear VR a chance. If the $199 price tag is accurate I think Samsung will definitely move some units. My only concern is that the VR movement becomes a fad like motion gaming has become. I say this because it truly felt like the future of gaming was at our fingertips. Before we close check out a few more snapshots of the Gear VR in action and the spec sheet below.

Keep it tuned to RAGE Works and Royal Flush Magazine for more on the Gear VR in the coming weeks.