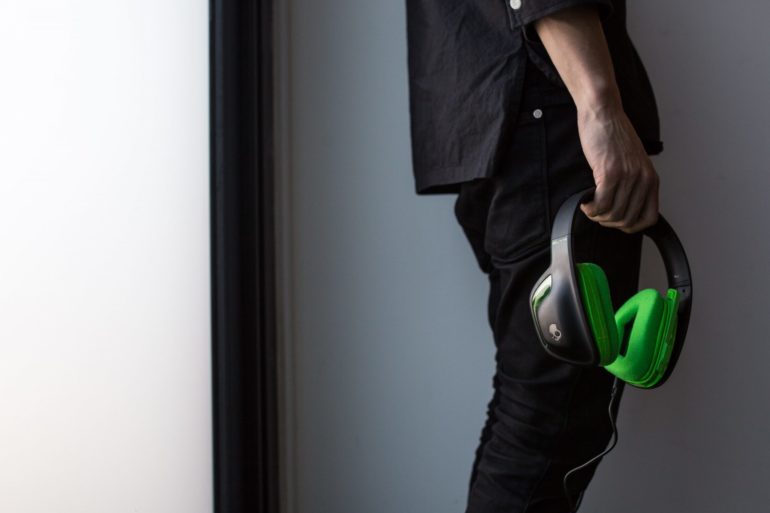 Skullcandy continues to branch out beyond personal audio with their upcoming release of the SLYR Headset for Xbox One.  The Skullcandy SLYR with its $99 price tag gives gamers an affordable alternative that still delivers premium sound and comes with the all the subtle touches seen in more high end headsets including a stashable boom mic and a controller mounted mixer to control all aspects of audio entering the headset. Halo fans get a some fan service as Skullcandy also has a “Halo” edition SLYR as well. The Halo variant has Halo designs and a custom color scheme as well.

Check out both headsets below:

PARK CITY, UTAH – March 3, 2015 – Skullcandy, Inc., the original lifestyle and performance audio brand, today announced the release of the Skullcandy SLYR for Xbox One.  Designed and developed in conjunction with the team at ASTRO Gaming, the Skullcandy SLYR is now fully compatible with and available for the Xbox One®, the all-in-one games and entertainment system from Microsoft.  The Skullcandy SLYR for Xbox One features the unique and powerful GMX-1™ Controller-Mounted Mixer, which places the controls for game-to-voice balancing, volume, and push-button mute right at your fingertips for quick, on-the-fly adjustments.

For more information about the new Skullcandy SLYR Halo Edition for Xbox One, please visit www.skullcandy.com.

About Skullcandy, Inc.
Skullcandy is the original lifestyle and performance audio brand inspired by the creativity and irreverence of youth culture. Skullcandy designs, markets and distributes audio and gaming headphones and other accessory related products under the Skullcandy, Astro Gaming, and 2XL brands. Skullcandy was launched in 2003 and quickly became one of the world's most distinct audio brands by bringing unique technology, color, character and performance to an otherwise monochromatic space; helping to revolutionize the audio arena by introducing headphones, earbuds and other audio and wireless lifestyle products that possess unmistakable style and exceptional performance. The company's products are sold and distributed through a variety of channels in the U.S. and approximately 80 countries worldwide, including the company’s website at skullcandy.com.[/toggle] [/toggles]