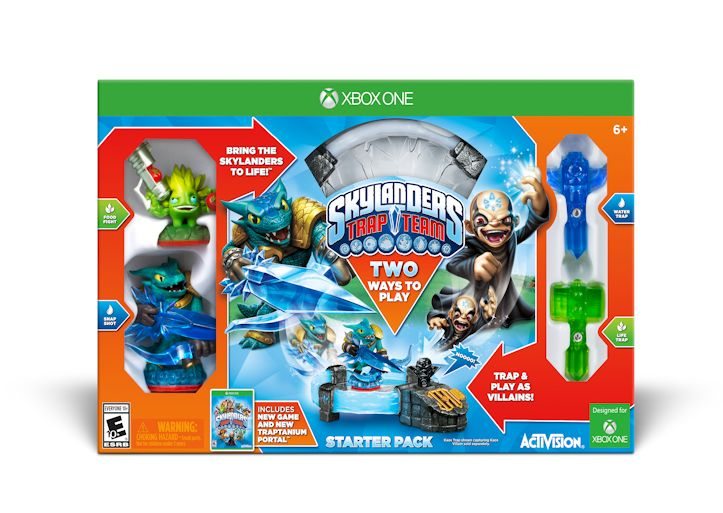 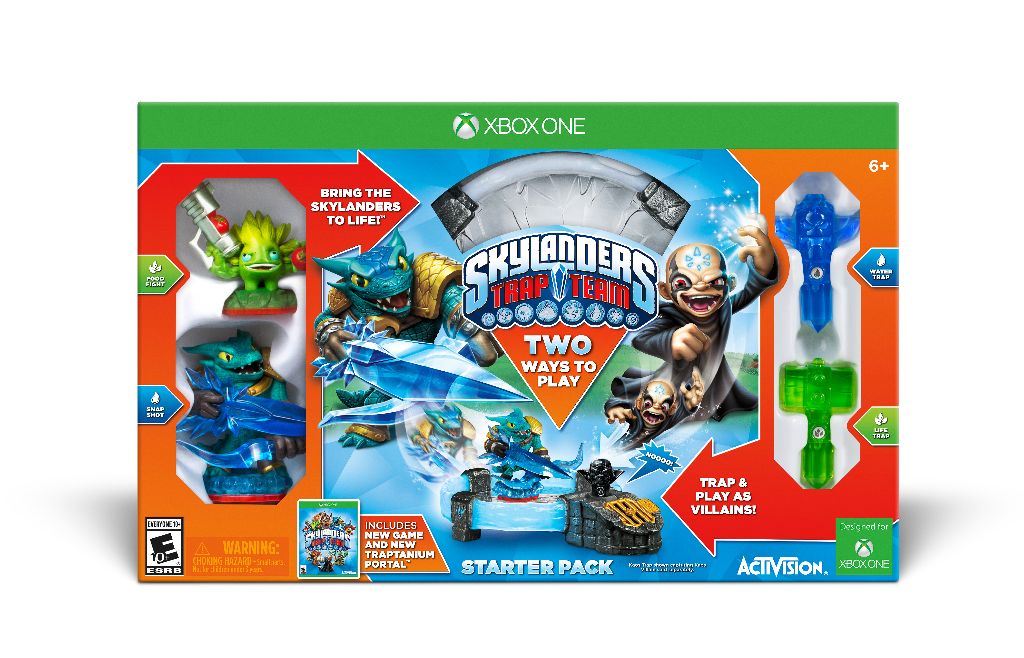 Skylanders Trap Team arrives on the Xbox One, PlayStation 4, Wii, Wii U, 3DS, PlayStation 3, Xbox 360 and – for the first time ever – iPad®, Kindle Fire and Android tablets! I have had the pleasure of having some hands on time with Skylanders Trap Team and I must say it is an incredibly fun game that is definitely not just for kids. The character designs and assortment of figures will ensure tons of replay value. How many of you guys picked up Skylanders today and how do you like it so far?

Skylanders Trap Team Revolutionizes the Gaming Industry, Offering the Full AAA Game Experience on Both Tablet and Console — for the First Time Ever

“The Skylanders® franchise was built on a foundation of creativity and innovation,” said Eric Hirshberg, CEO of Activision Publishing. “And with Skylanders Trap Team, we’re taking that tradition of innovation to new heights. For the last three years we’ve allowed kids to bring their toys to life in a video game, and this year, we’re letting them reach into the game, and pull characters out into the physical world by letting players trap and play as the villains. Skylanders Trap Team is also the first console game to simultaneously bring the entire AAA experience to tablet devices. Overall, we think Skylanders Trap Team represents our most magical innovation yet. But most importantly, it’s just a great game.”

The latest installment of the franchise that pioneered the Toys-to-Life genre is already poised to become one of the top family games this holiday season. Toys“R”Us® recently named Skylanders Trap Team as one of the “Fabulous 15” on the company’s 2014 Holiday Hot Toy List, while Target named Skylanders Trap Team to their Top Toys for the Holidays List.  In addition, the game was featured in Toy Insider’s Hot 20 Holiday Toys of 2014, which highlights the most sought-after and anticipated items of the holiday season.

Skylanders continues to lead and evolve the category with Skylanders Trap Team by letting fans seek out and defeat the most wanted villains in all of Skylands, pull them out of the game and into living rooms by capturing them in magical Traps. Once they’ve defeated the villains, players will be able to place a Trap into the newTraptanium PortalTM to capture them. Players can then send villains back into the game where they can play as them to fight for good, reversing the magic. They will also be able to hear the villains inside the Traps, an innovation that truly brings life to toys.

“Since it launched four years ago, the Skylanders brand has continued to captivate young fans around the world who eagerly crowd our stores every time a new collectible character is introduced,” said Richard Barry, Executive Vice President, Chief Merchandising Officer, Toys“R”Us, Inc. “In preparation for the debut ofSkylanders Trap Team, which truly reinvents the franchise’s signature gameplay, our teams across the globe have worked year-long to ensure Toys“R”Us is THE destination for Portal Masters ready to experience all the fun the new game – and our exclusive Legendary Skylanders toys – have to offer.”

Portal Masters everywhere can get into the Skylanders Trap Team spirit by taking advantage of exclusiveSkylanders products at retailers nationwide:

About the Skylanders® Franchise

The award-winning, $2 billion Skylanders franchise pioneered the Toys-to-LifeTM category in 2011 with the debut of Skylanders Spyro's Adventure®. The game originated a new play pattern that seamlessly bridged physical and virtual worlds across multiple platforms. In October 2012, Skylanders Giants™ further evolved the genre and added the mega-sized Giant Skylanders and LightCore® characters to the collection of interaction figures.Skylanders SWAP ForceTM launched in October 2013 and introduced an all-new play pattern – swapability.Skylanders was the top selling kids' videogame franchise of 20132  worldwide, and is now one of the top 20 videogame franchises of all time3. Skylanders Trap TeamTM reverses the magic of bringing Toys-to-Life — incredibly letting kids pull characters out of the digital world into the physical world. For more information, please visit: www.skylanders.com and Activision.com/presscenter.

¹ According to The NPD Group, including toys and accessories January – August 2014

² According to The NPD Group, GfK Chart-Track and Activision Blizzard internal estimates, including toys and accessories.

3 According to The NPD Group, GfK Chart-Track and Activision Blizzard internal estimates, including toys and accessories. All time since NPD and GfKChart-track began recording data.