First there was Mewtwo, the mighty psychic pokémon that wanted to obliterate humanity due to the way Team Rocket mistreated it. Then we had Celebi, hunted for its ability to travel through time. This was followed by the epic battles between Groudon and Kyogre, the legendary pokémon responsible for creating the continents and oceans, respectively. One would think the culmination would be with the appearance of Arceus, literally the god pokémon, responsible for creating everything through its five subordinates. After seventeen different titles (some were remakes), pokémon is about to enter it’s fifth generation of games in North America (it already has in Japan) and fans have been asking since Diamond, Pearl and Platinum: where can they go from here?

For years now I have been saying that pokémon is not (just) for kids, and now, Nintendo seems to want the new games to have at least a slightly more adult look. From the intro movie alone, the character designs are very clearly taken from the anime, but the whole feel of the intro has more of a Final Fantasy(ish) vibe. The themes are more “grown up” as well. The pokédex is now at a staggering 649 (up from 493) and Nintendo promises that you will not naturally encounter any of the old pokémon until after you have beaten the main story. Once again, there is an adversarial group, this time named Team Plasma, but this time there is a twist: they feel that humans enslave pokémon and they want to free every single one to live their lives without people. There are several rumors and rumblings going around the internet that Team Rocket will make their return and fans could not be happier. I only wish some of the anime elements would carry over: shortly after Ash Ketchum enters the Unova region, everyone’s favorite electric mouse will seemingly lose its electrical abilities after being blasted by the electric dragon, Zekrom (above). It would be cool if you had a mission to restore your pokémon’s ability to use its special powers.

I wouldn’t blame you if the words that spring to mind are “What the hell is that?” The answer is Genosect, the Paleozoic pokémon and the culmination of the new pokédex as number 649. Somewhat of a weird description because it is made by Team Plasma and has more of a futuristic look. Some fans even liken it to the Gen 1 Decepticon, Shockwave. I fail to see why one of the new supposed “uber” monsters would have such an overwhelming weakness. Being a combination bug and steel type, it is horribly susceptible to fire. Last gen featured pokémon# 442, Spiritomb, which was a Ghost/Dark type. This combo made it damn near invincible; it was impossible to get a super-effective hit on it. Things like this fuel the flaming fan complaints that the franchise is just out of ideas. New pokémon that look like repaints of older ones, type combinations that make no sense and this:

pokémon# 518: Musharna (no English name yet)

I saw this thing today and said why is there a fetus pokémon? As I was writing this article, I could not remember its name or number so I googled “fetus pokémon” and viola! Even worse, this is an evolved form! Despite this rampant stupidity, I am still rather excited to play this game in March.

The character roster is much more diverse than in previous games. For the first time, the professor who sends you on your journey is a woman and the trainers are no longer little ten year old children. The trainer you select (boy or girl), along with their friends Cheren and Bianca, appear to be somewhere between 16-18 years old. At least now when they encounter gang members (Team Plasma) it doesn’t look like Chris Hansen should be running out and saying “Why don’t you have a seat over there?” The city designs have also changed as you now have multiple skyscrapers and cities full of people instead of towns with maybe 20 people to talk to. Best of all is that there will be significant changes depending upon which version you play. In the black version, there is a city called Black City, but the same place in the white version is the White Forest. Finally it will make a little bit of sense that certain pokémon only appear in certain versions.

All of this information does not really even scratch on the surface of what is the Pokémon Black/White phenomenon. With triple battles and random online matchups, a dream world where pokémon abilities change, seasons that affect not only who you encounter but how some pokémon look and WPA security for your games, this literally is a whole new world for the franchise and I hope it turns out to be the best series yet. Less than two months remain before we will get to see for ourselves. 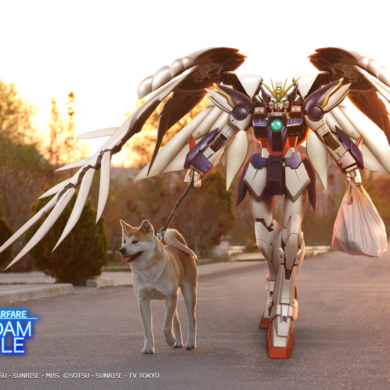