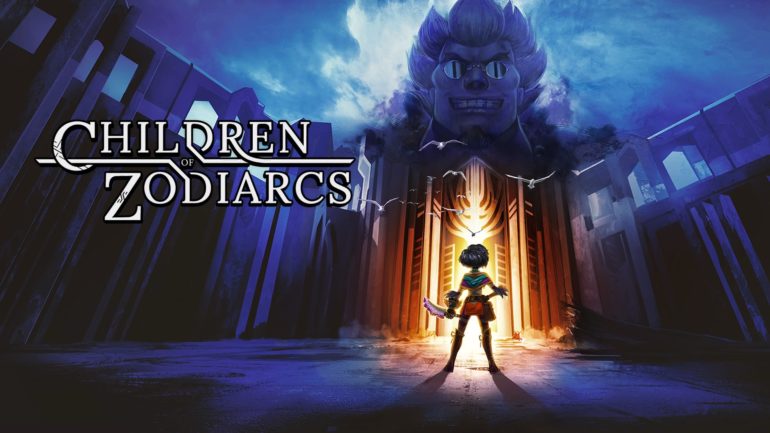 Square Enix released Final Fantasy XII The Zodiac Age, bringing the classic action RPG to a new generation of gamers. A week later, they go to the other end of the spectrum. Square Enix Collective is a branch of the company that helps small developers publish their games. One such developer is Cardboard Utopia, who bring us a brand new tactical RPG. Let's now take a closer look at Children of Zodiarcs.

Children of Zodiarcs was born about three years ago as War of Zodiarcs. Cardboard Utopia hoped to create a hybrid tactical RPG using gameplay elements from other genres. The result launched on PlayStation 4 and Steam on July 18, 2017. As a fan of games like Final Fantasy Tactics, this immediately caught my attention. Read on to see if this game is worth yours. 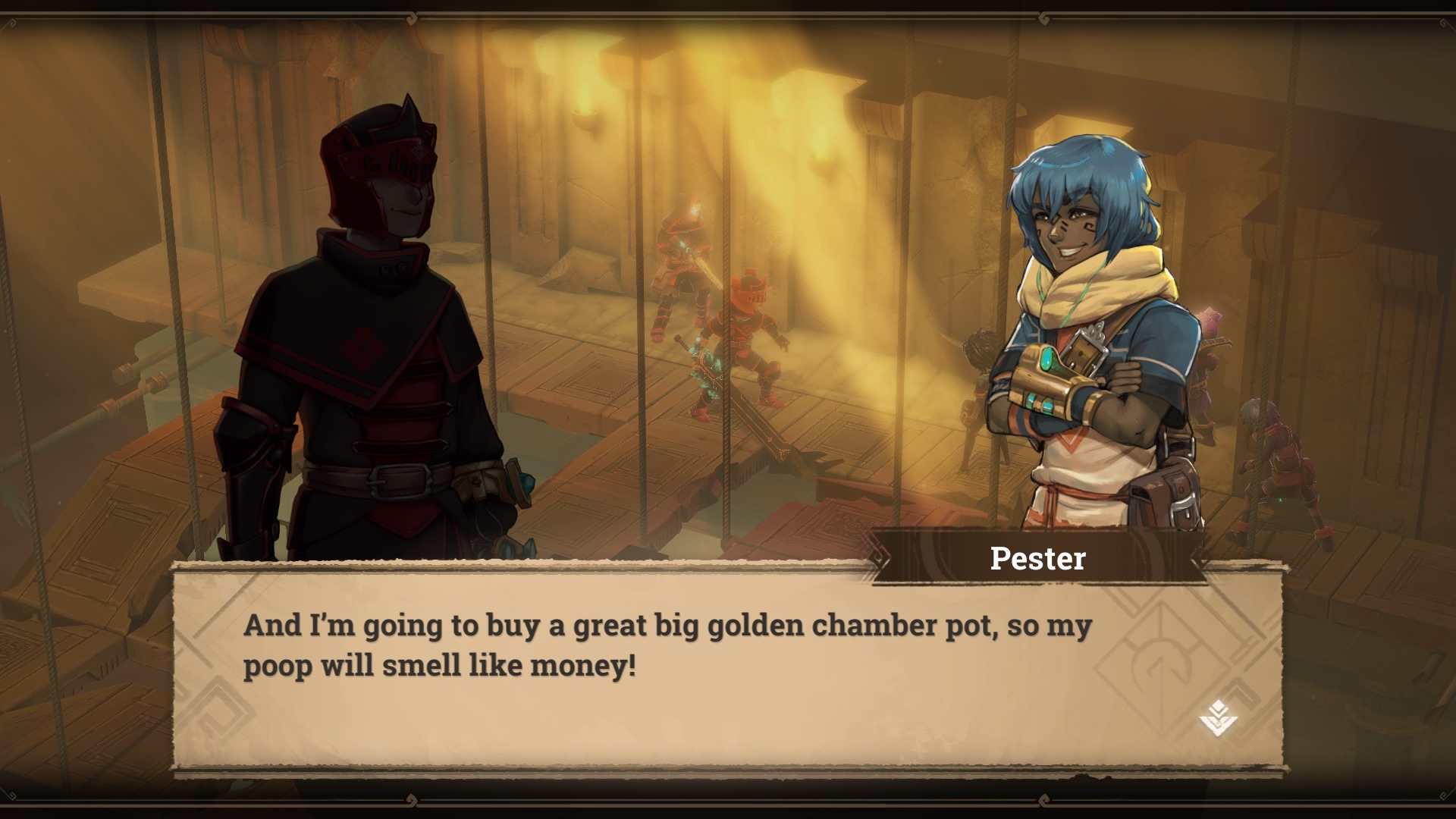 Children of Zodiarcs Are Not Happy Children

Our story is set in the land of Torus where a very unfair caste system is in place. Nobles are the rich elite; the only reason why guards matter to them is they keep them safe. The guards or “dogs” as they are known are supposed to uphold justice in Torus. All they really do is keep everyone else out of the rich part of town. Everyone else either lives in the slums or the Inbetweens and are considered less than human by the nobles. obviously, this leads to much civil unrest.

Because there is no law enforcement outside of the nobles' area, gangs are the law. The Family is one such gang; led by Zirchhoff and home to our main character, Nahmi. Nahmi is an expert cat burglar. She steals from the nobles to sell their property on the black market. This, in turn, brings money to the Family and feeds the many orphans that constitute the gang.

Children of Zodiarcs delves deeply into morality issues. Topics like vengeance, loyalty and right over wrong are constantly addressed in the narrative. Even as you play through (primarily) as Nahmi's team you have to ask who exactly the bad guys are. The story is nothing you have not seen in other games, but it is still a decent tale. 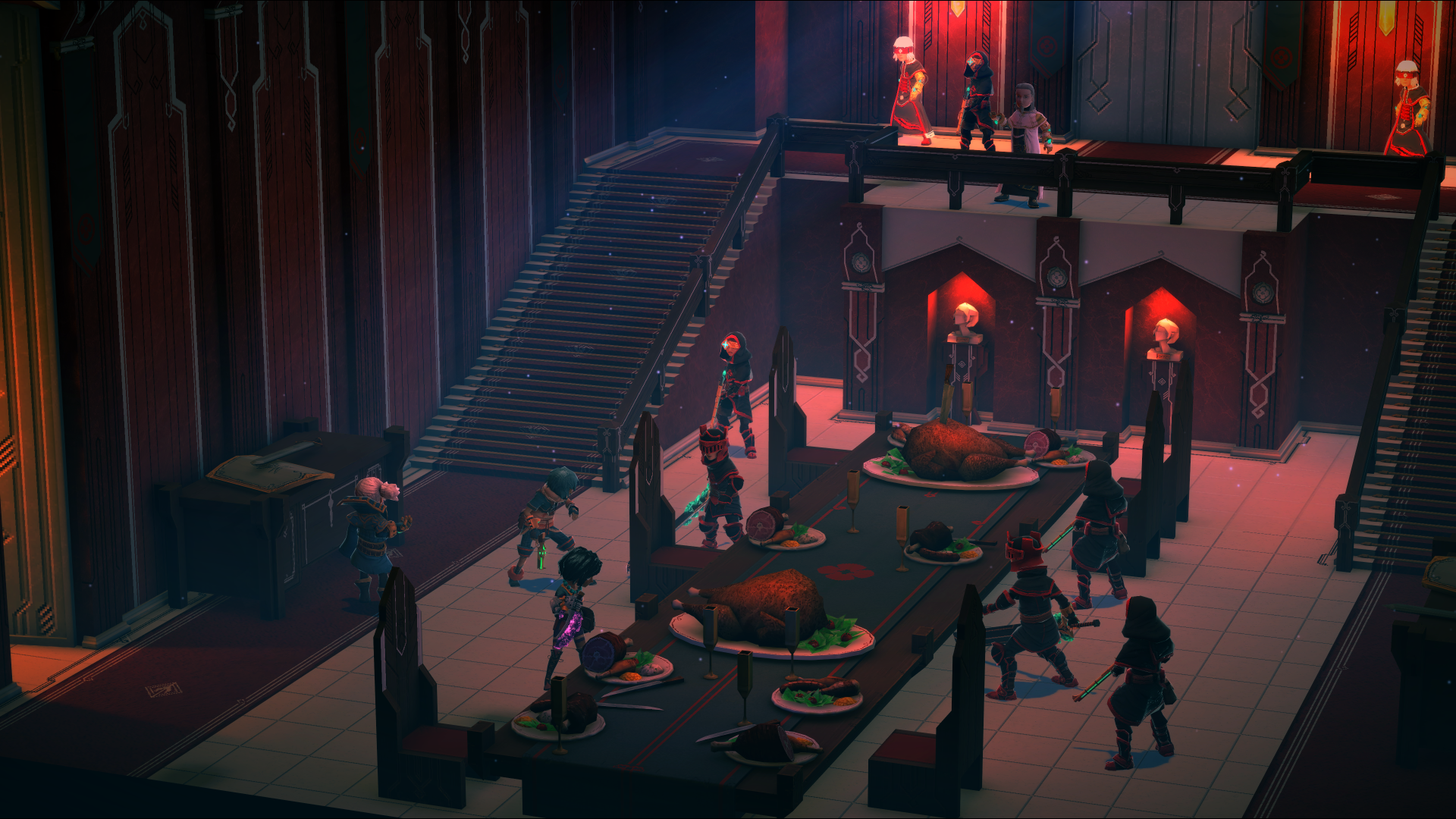 Children of Zodiarcs is a tactical RPG with a few twists. Leveling up does improve your stats and teach you new abilities; your proficiency in battle however, has a large degree of chance involved. All character abilities are within a deck of cards that each character has. A heal spell may have six cards in the deck for the same number of uses. Before each battle you can create a deck for each character which must have at least eighteen cards.

There is no limit to how many cards a character can carry, but if you put all your cards in the deck, you may not get the move you need when you need it. You hold a hand of up to seven cards to choose your moves in battle. Once chosen, you determine the strength of the card and whether added effects will come into play. This is determined by a roll of dice. Anywhere from three to seventeen dice determine the benefits and/or detriments of your move.

Due to the multiple elements that make up the gameplay of Children of Zodiarcs, it is not easy to explain. Fortunately, it is not terribly difficult to learn. once you get the basics, you just need to create and master your own strategies (and use the Devour card). I figured seeing the game in motion might explain things a little better:

Power of the Pencil

Children of Zodiarcs has enough production value in its visuals to make you forget that it is an indie title. The play field is essentially an isometric 3D grid, but everything from the characters to the backgrounds feature hand drawn art over said models. Nahmi and crew will leave you wonder what comic book they were taken from as you watch the dialogue cutscenes. Many of the levels look similar but you will never get tired of the aesthetics.

I did come across two issues occasionally. Levels that take place in the Inbetweens feature ambient sunlight because they are underground. Sometimes that light can obscure your vision of the action. The same think can happen with the camera angle when you set your character into motion because the camera rotation locks for a moment. neither of these are game breakers, they were just minor annoyances for me.

The hand drawn world is paired with beautiful music from Vibe Avenue. From the moment you start the game you are treated to orchestrated melodies that fit each situation perfectly. Battles with Toran guards in the Nobles' quarter have tense, battle themes. You hear more haunting melodies as you fight cannibal cultists in the Inbetweens. When you reach the final battle, “End of a King” urges you ever forward. It is a shame that this soundtrack is only available bundled with the game on Steam. 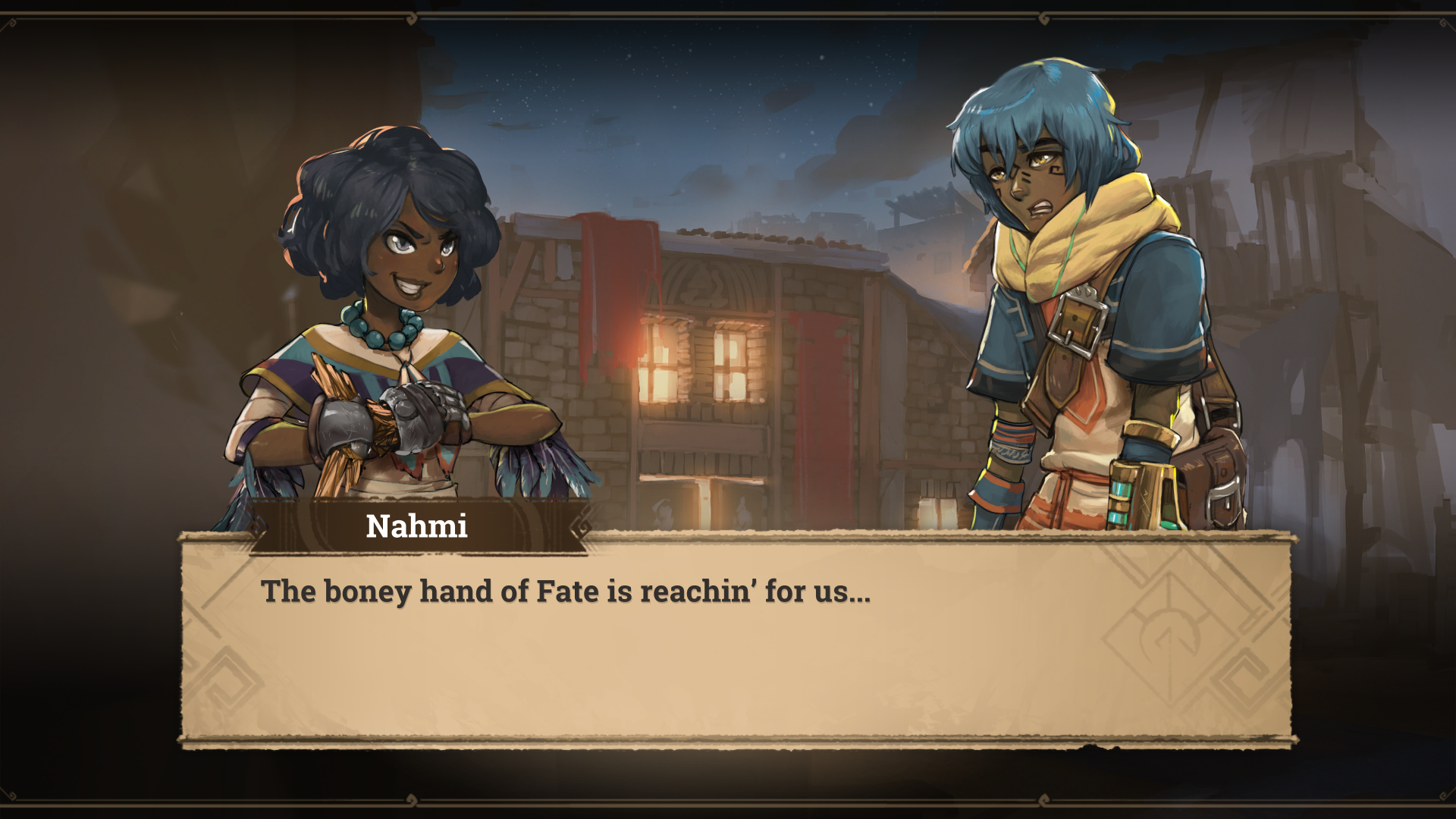 Many know that I am somewhat of a trophy (expletive deleted) um, enthusiast. I can honestly tell my fellow collectors that this is a game worth your time. The Platinum Zodiarc trophy is one that you can take pride in if you get it (I have not as yet). To date, only 0.1% of the (North American) PlayStation community have it. This is due primarily to the difficulty of three trophies:

Conquer those hurdles and a beautiful new platinum trophy is yours. I mean, unless you are playing on Steam, that is. Either way, there is a fair amount of challenge awaiting you. here is the final level of the Arena of Xin to give you an idea:

Verdict: Should You Play With the Children?

The first question you have to answer for yourself is whether you enjoy tactical RPGs. Children of Zodiarcs is a hybrid tactical RPG, due to the addition of cards and dice. Strategy is a must in this game because you will always be outnumbered and your numbers are sometimes divided. Despite being difficult to describe, the gameplay is very easy to learn. As you begin to cultivate your style the fun factor increases.

The story is primarily told through the cutscenes between levels. Children of Zodiarcs is not a happy story; at times it can be downright dismal. Nahmi makes decisions based upon the heat of the moment and then has to deal with them. The moral choices are made for you. I think a game like this could have benefit from letting the player make them. Certain moments with Brice and Pester in particular would have benefit from player choice.

That said, the game has a fair amount of humor mixed in with its dark narrative. You learn a lot about Nahmi's past but not so much for anyone else. I would have liked more exposition on the supporting characters. When it was all said and done this felt like an origin story; hopefully that will lead to a sequel.

The gameplay here is fantastic, but I am sure that some will disagree. Depending upon how much you like to be challenged, Children of Zodiarcs may turn you off. I said earlier that you are always outnumbered. Outnumbered does not mean outmatched in this game. The final Arena of Xin challenge pits against a force eight times your size and much more powerful. To be blunt, if you hate the game of chess, do not come near this one.

Children of Zodiarcs is $17.99 on PSN and Steam. PC owners should spend an extra five and get the soundtrack. This game features twenty main story levels, four side story levels and three (maybe four?) arena battles. Top that with the skirmish system which allows for infinite replay. It is a fun, fulfilling game that you will get at least thirty hours out of. RPG fans need this in their collection. 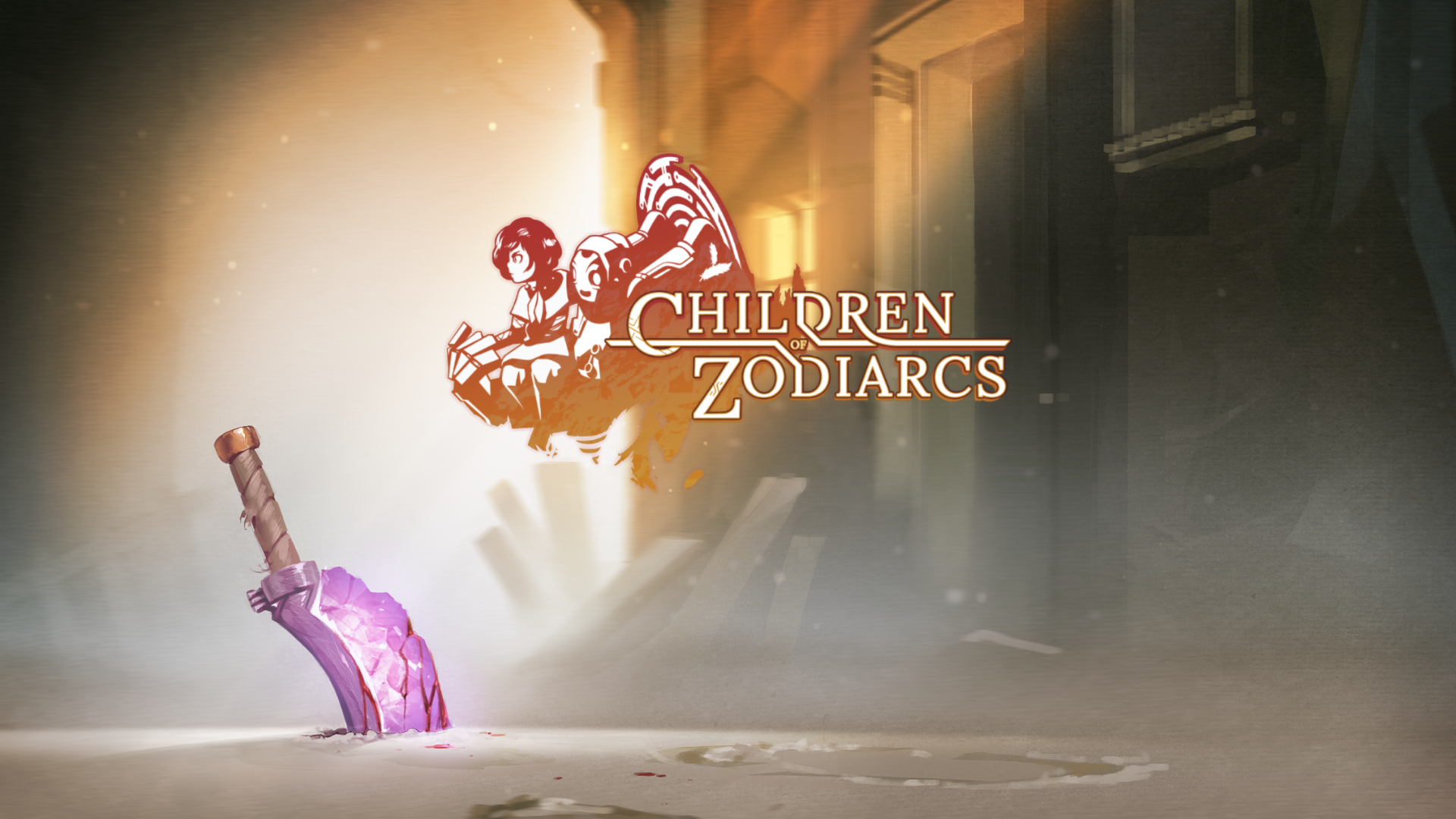