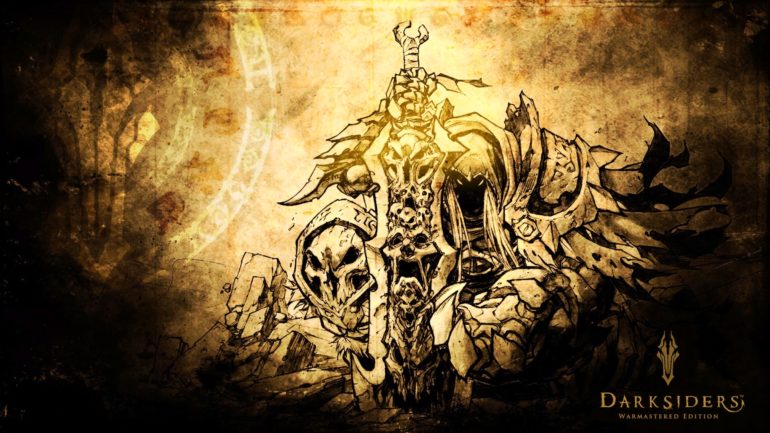 During this console generation and this year (2016) in particular, we have seen more than our fair share of remakes. Having reviewed quite a few, I have basically beaten the horse back to life on how I feel about them. Unless a considerable amount of time has passed or something truly remarkable was done in the new version, leave it alone. Last year, THQ Nordic definitely hit the “leave it alone” bin with Darksiders II Deathininitive Edition. It received a mostly “meh” response from critics and gamers alike due to performance issues and just not really using the power of the new consoles. Fast forward to Thanksgiving 2016 and we have the tale of War, the horseman who literally started it all. In Darksiders: Warmastered Edition (they love making up these words), the 2010 classic debuts on current console sand PC. I will break it down as fairly as possible and see if it belongs here. 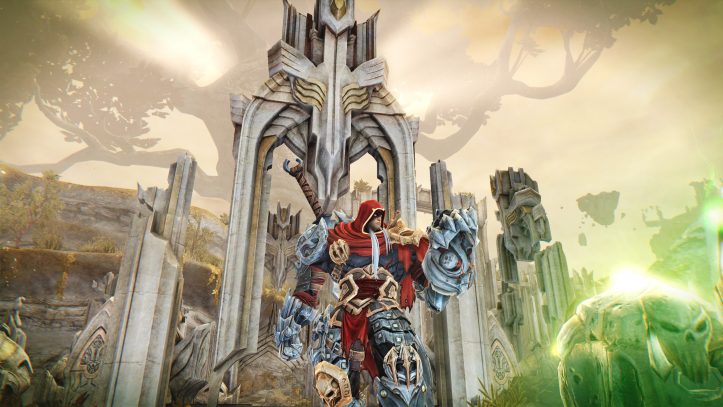 The game starts at the end; at least the end for humanity. A congested Manhattan street is bombarded by what appear to be meteorites. To humanity's horror, the truth is that warriors of both heaven and hell have brought their decisive battle to Earth. Completely outclassed, all we can do is run. If that weren't bad enough, War appears. If you have ever read the Book of Revelation, you know that is the key for you to find some clean underwear. War tears through both forces and faces Straga, chosen of the Destroyer and general of hell's army. When it appears War has won, his power suddenly leaves him and Straga uses the opportunity to literally end the War.

War awakens before the Charred Council who deem him a traitor. They say the seven seals were never broken and there was no call for the Four Horsemen. War swears his loyalty and asks for a chance to prove it. Since his sentence is death (again), if he fails the demons will have carried out his punishment. Now War must battle his way through anything and everything that stands between him and the Destroyer. To clear his name he must find the truth and attempt to restore the balance. 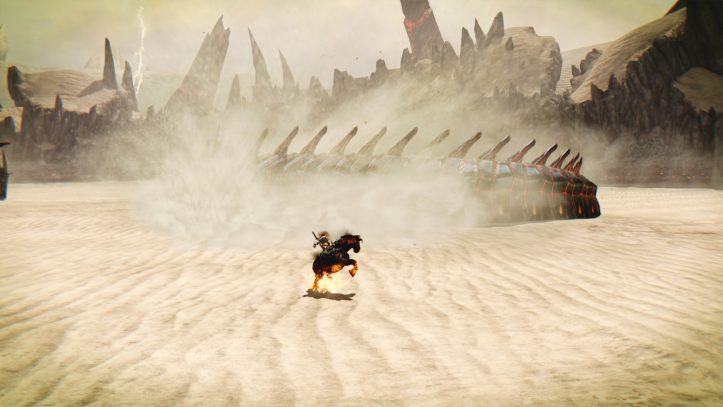 The original Darksiders had a solid control set; Darksiders: Warmastered Edition follows suit. In many ways, the controls work better. I do have to add a caveat however; I played the original game on the PlayStation 3 and Warmastered on the PlayStation 4. The real difference is in the controller. I have a fully functional Dualshock 3 and a (slightly) broken Dualshock 4. On the original I found my fat fingers would constantly hit the triggers, causing me to strafe or use secondary weapons. The Dualshock 4 wins because of spacing and there are otherwise no real control issues in the game.

Darksiders: Warmastered Edition is essentially like tossing Kratos into Hyrule. Vicious action combined with dungeon puzzles is the name of this game. You will backtrack to complete this game but you can move mostly forward if you simply want to beat it. The main game has minimum twenty hours of gameplay if you focus on pushing forward and collecting what you can. Anywhere from 10-15 can be added for full completion. My PS3 save file was at twenty-eight hours with 92% completion. Completionists should note that there are four missable trophies: Aerial Predator, Open Air Parking, Improvised Kills and High Flier. You may need to start a new game to get High Flier and definitely if you miss Aerial Predator. Both are before the first boss so it is not terrible.

For $20 there are games that give you a lot less.

I will say this right off the bat: the images for Darksiders: Warmastered Edition, even the 4K ones, do not do the game any justice. I have to mention that I am a huge Joe Madureira fan from way back in the 90s when he worked on Uncanny X-Men. His name alone originally sold me on this game and the graphics did not disappoint. On the PS4, the game does look a little bit better, but that is primarily because it runs at 60 fps (most of the time). All the texturing and rendering have only served to darken the game; the original is much brighter. Again, I have played them back to back on the same TV recently and not messed with any picture settings.

The audio of the game is a very mixed bag however. I refer you once again to my stream above. Pay attention to the Tiamat conversation and then the one with Vulgrim. The lip syncing is off and that is not because you are watching a YouTube video. I remark on it throughout the stream. The original version had no such issues. There is also quite a bit of audio clipping when there is a scene change or load screen. Once again, not present in the original. Thankfully, what remains in tact are the stellar voice work of talent like Mark Hamill, Phil LaMarr and Moon Bloodgood. Compound that with a score composed (in part) by Cris Velasco, who also worked on a game starring a certain ghost of Sparta. I am hoping that the audio and lip sync issues are fixed by a patch; if so, I will update this review. 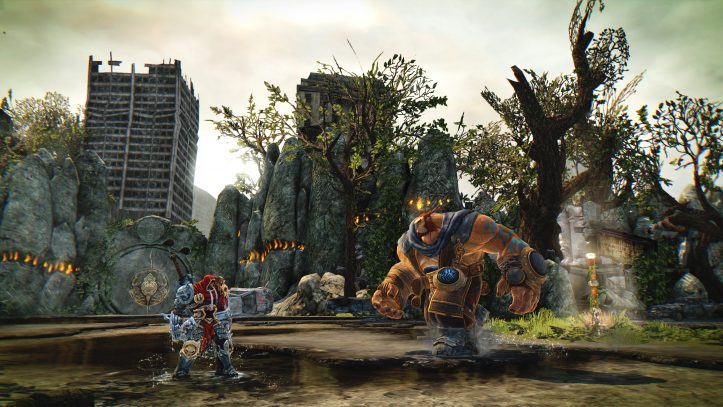 I was happy to see the way that Darksiders: Warmastered Edition turned out. Obviously they were not going to touch the story and that is one of the biggest things the game has going for it. I do hope they fix the lip sync and audio issues because that is a big part of story delivery and it currently just looks off. Yes this game could be called The Legend of Kratos: Hyrule Goes to Hell, but as a fan of the Arkham series I could never fault a game for borrowing styles. The gameplay was not broken, but in my case the DS4 fixed it. The graphics are nothing special on PS4 and definitely not on PC, but they still look good. You could do a lot worse with a budget title. Sadly, the answer is no as to whether you need this game. Those who played it on PS3, 360 or PC will find nothing new other than maybe 4K resolution. On the other hand, if you have never played it, this needs to be on your holiday list. Darksiders: Warmastered Edition is definitely for all newcomers.