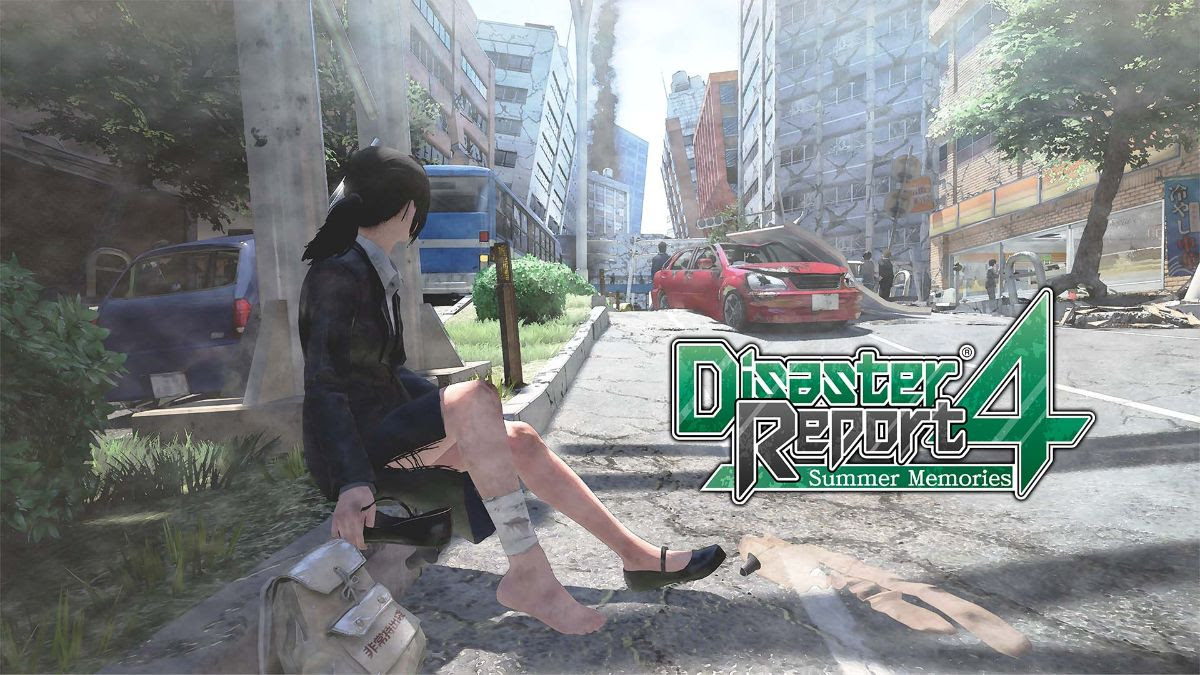 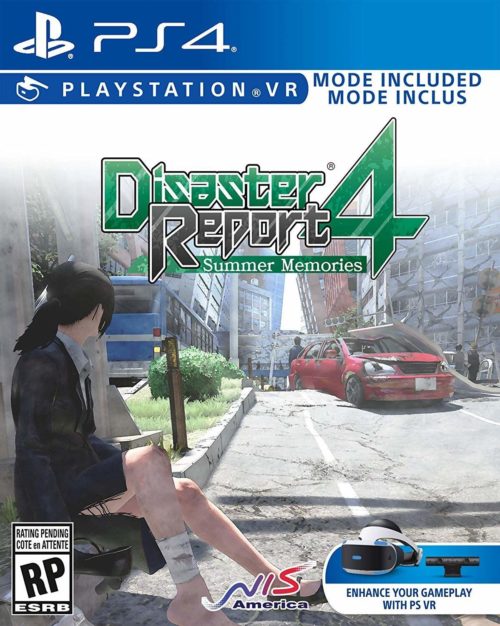 I would like to think (or hope) that we have all considered our actions in a disaster. The current pandemic spreading across the globe is a prime example of the “do unto others” mentality being needed. To some extent, we have to prioritize ourselves because you cannot help anyone if you are helpless. That said, today's review focuses on the choices that we make when the chips are truly down. Disaster Report 4: Summer Memories might be a title all gamers need to play under our current circumstances. Of course, we also have to have fun, so I will break down how this game balances the two.

A fresh new start in a new city. You are on your way to a job interview; you help an old lady and the sun is shining! Today is going to be a great day! That is until your entire bus gets the emergency notification on their cell phones that an earthquake has struck nearby. Rattled, quick thinking allows you to escape the bus with some help. Your life is now about survival. You were dreaming of a brighter tomorrow; now you wonder what will happen from one minute to the next. Disaster Report 4: Summer Memories examines the human condition during a living nightmare situation. You matter because your actions will influence the action and behavior of others.

The game comes with a DLC epilogue that ties up most of the main story's loose ends. Regardless of the ending path you choose, you leave several stories you start unresolved. Playing as Yuko or Masato, you return to Hisui City at Christmas. You want to visit those you left behind and see how they are doing months after the quake. The main story does not hesitate to lighten the mood, but the epilogue just makes fun of everything. Many of the NPCs are still in the same places they were during the quake. They are given new dialogue to explain why they are there and it is just silly. The ending is a surprise I do not dare spoil. Just know that it makes everything worth it. The narrative of this game was written a decade ago yet eerily mirrors things happening today. The epilogue DLC lightens things up following the principle of “sometimes you just have to laugh.” I can guarantee that you will laugh.

The game encourages you to be who you really would be if a disaster occurred where you live. A lot of games let you be good or bad. Disaster Report 4: Summer Memories gives you more of a rainbow. If you find a person in trouble you can choose to help them out of the goodness of your heart. Conversely, you can tell them you will only help if they pay you. Your choices range from selfless to selfish; from gentleperson to absolute creep. Overall, the story is on rails; you will progress to the same end points regardless of choices. The difference is who accompanies you and the impact you have on others. Certain people may come to love or hate you; the game is more about the journey than the goal.

There is a whole story about how Disaster Report 4: Summer Memories came to be. The short version is that it was supposed to launch on PS3 in 2011, but the 2011 Tōhoku earthquake and tsunami shelved and canceled the title. The game shows its age in terms of controls. You stumble about a lot and it has nothing to do with the frequent aftershocks you experience. Invisible walls abound along with visible barriers like fires and collapsed buildings. This makes a game that is heavy on exploration feels cramped at times. Also, you pick up items that would be very useful in situations that become useless due to scripting. The game has just enough charm for a player to proceed because I guarantee you will get frustrated. The answer is always in your immediate area. Despite its age, the game functions perfectly and never crashes. A sequel that properly utilizes PS4 technology would be welcomed.

2011 seems like forever ago right now. The PlayStation 4 had not been announced and the concept of the Nintendo Switch was completely alien. This is when Disaster Report 4: Summer Memories was supposed to launch. That says a lot about this game and more good than bad. The PS3 had some graphically amazing games, especially in its latter days. This was not one of them, but it is far from ugly. Only because we are about to be two console generations ahead of when the game was made do things really stand out. The biggest complaint would be the indoor camera which works like the original Resident Evil or Dino Crisis games. I am not going to fault all of the technical issues when so many things were still done well. The framerate is solid throughout which is something several PS4-native games cannot say.

The music is kind of lacking. There are a few full songs and I personally enjoyed the “action” music, but there are few praises to be sung. The sound effects of taking steps can be really annoying indoors. It is not great when everywhere you walk it sounds like you have six-inch wooden blocks tied to your feet. The voice acting is good, with the protagonists rightfully being the standouts. They properly range their voices for the variety of crazy responses you can give. In all, you will not be rushing to connect this game to the surround sound.

Verdict: Disaster Report 4: Summer Memories Might Teach You Something

It is impossible to play this game and not think about what is going on in the world right now. I am not going to get on a soapbox, but if you play this game, you will see what I mean. You are always free to choose what you want; there are no “dead-end” choices. Your character does tend to be internally critical of some options, however. They will sometimes note that something is selfish or just plain extra. I like the freedom of choice the game gives because it does not give enough freedom of movement. Disaster Report 5 is heavily teased while you play and I hope said sequel allows you to climb over the rubble. I would never try to move through a collapsed building, but an uneven street like this is no problem:

Disaster Report 4: Summer Memories has your character survive for a week after an earthquake turns your life upside down. You actually experience hunger, thirst and the need to relieve yourself. Unfortunately, there is no urgency – all you do is hold your belly or do the pee-pee dance. I loved that the game had realism, but it lacked consequence. It is also short. A week is a very long time in this situation and I felt that was the perfect timeline. The overall game is less than a dozen hours long, even adding in the DLC. The first time you play it may take longer as you try to solve the next puzzle, but that is it. This game felt like it both could and should have offered more exploration and adventure variety. It is supposed to be a somewhat open-world, but really rides rails the whole way through.

Overall, this is a highly enjoyable game. You have no weapons, so don't expect to fight people *wink*. The replayability comes in seeing how people react to your different responses. You can do that with the many save points. The game does not change enough to warrant too many full playthroughs. I may never get a chance to play the previous Disaster Report Games, but this one made me long for a future title built for current systems. Just make sure you bring back Kumazawa. Once again, I do not want to spoil by elaborating on that. Just that he is the kind of character that helps define a franchise. Pick up Disaster Report 4: Summer Memories, and not just because you have nothing better to do right now.