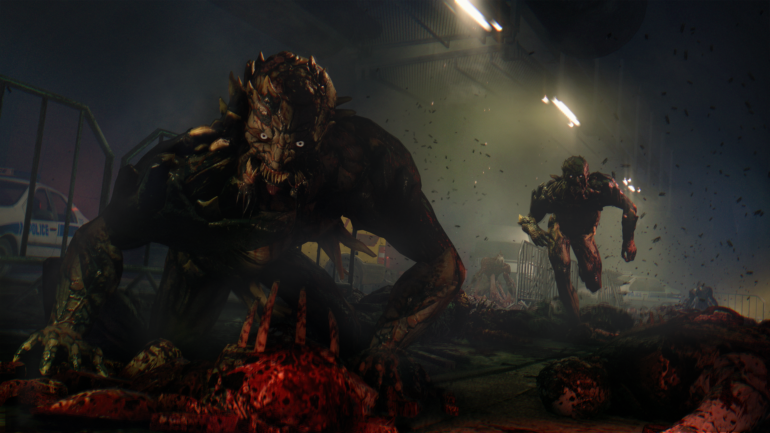 Dying Light originally released on January 27, 2015. I remember that clearly because I was heavily anticipating the game and there was a blizzard that prevented me from receiving my copy for almost a week. Essentially the model for what would have been Dead Island 2, Dying Light grew out of its predecessor when Dead Island publisher Deep Silver decided to not continue working with Techland on that IP. That was foolish in my eyes because Dying Light was huge in 2015. I still firmly believe that Dead Island 2 pushed its release to this year because it was afraid to compete with Dying Light. As of now, Deep Silver also ended it's partnership with new Dead Island 2 developer Yager and the game may never be released at this point. Thankfully Dying Light successfully breathed some “fresh” air into the zombie genre (not sure you'd call Harran air fresh). Kyle Crane was sent to investigate the outbreak in Harran and things went to hell from there. When all the smoke cleared, Crane was still standing, but things would never be the same for him or the people of Harran. Techland has been promising an expansion to continue this story since Spring of 2015 and it is finally here. Dying Light turns the page to a new chapter of terror and the fans couldn't wait another moment for it. Quite aptly named, this new story content has developed quite “The Following.”

This review assumes that you have played the original Dying Light game. The review for that game is here.

THE CURRENCY OF TRUST Harran is a nightmare. Rais is dead and the GRE and Ministry of Defense have staved off the bombings, but Kyle Crane is still trapped. The close friends he made in Harran are dead and all he has left are the promises he made to them. He promised to help the survivors. Unfortunately, Crane's time is short because he is infected. As this new chapter begins, Lena cares for an injured man who is delirious. He keeps shouting about a place where the people are not infected and they do not turn even if they are bitten. Crane is quick to dismiss it as the ramblings of a madman but there is a map. The map shows a way out of Harran into the countryside. The good news is the map is real. The bad news is that you are out of communications range of Brecken, Lena and the tower. You were a stranger in Harran, but the people knew you after all you had done. Now it is back to square one and these people do not trust outsiders at all. Most of them won't even look Crane in the eye to say that they know nothing and cannot help you. The first group you encounter all seem to answer to a man named Jasir and he will not tell you anything. If not for his daughter Ezgi at least giving you some basic info and a quest, you would have been stuck. Once you gain a little bit of trust, Jasir tells you of Mother and her devotees, The Faceless. If Crane is to have any hope of saving the people of Harran, himself included, he will have to gain the trust of the Faceless. Back in Harran, the path was at least somewhat clear for Crane. Now he must help these people just to find the path. Until he gets close enough to this Faceless group, nothing will truly be accomplished. Crane must move forward without support; he is not a coward, but things are much scarier when no one is watching your back.

THE NEW FACE(LESS) Those familiar with the controls of Dying Light will be right at home in the countryside. I finished the main game a little while back so I had to teach myself what buttons do what again. How you play has not changed; the game itself is what is different. In Dying Light, buildings were your friend. There was always a place to breathe and be away from the undead. In The Following, there are wide expanses of nothing but grass and there are literal hordes in some of these areas with nothing to climb up on. Your buggy is often the only thing between you and a grisly death. The buggy itself is a godsend in this Harran countryside. It handles quite well and it is fast as hell, with a catch, of course. To add a bit of realism and extra difficulty to the game, the buggy must be maintained. When I say maintained, I mean to level where you almost feel like the pit crew in Gran Turismo or Forza. You have to keep the buggy fueled and repair/replace things like tires, suspension, brakes and even the engine. In general, this is no big deal because you have always had to maintain your weapons. The thing is that early on in the game you are likely to need repairs in very inopportune areas. Poorly maintained parts will result in noticeably reduced function of the vehicle. Speed is important not only because there are some timed missions but because you never want to see this:

Kyle Crane might be infected but that is NOT me taking a selfie!

Fortunately, that screen does not immediately mean the end but you have a very small window to throw a Volatile off of your vehicle. When you don't have offensive abilities equipped, rough driving is the about the only way. Regardless of the high terror level, having to deal with smugglers and the near-complete lack of places to hide, there is much fun to have in The Following. The weapons that made Dying Light great are back and there are lots of new ones including the crossbow. Nightmare mode is aptly named because zombies and humans are stronger, night lasts much longer and your stamina drains faster than normal. The only upsides are that you get more EXP than normal (with bonuses for co-op partners), and the legendary weapon drop rate is higher. The EXP bonus is countered by  the fact that dying will take all of your EXP past your last level up. So if you are level 49 and so much as one point away from 50, but you see that Volatile death screen, it's back to the beginning of level 49. As frustrating as that can be, I have to applaud Techland because you can still change difficulty at any time. Dying Light was way too easy at the end of the original story if you had maxed your abilities. Making Crane have to work again makes the expansion that much more rewarding as you progress. Toss in extras like the Bounty system, Volatile Hives and mutants that make Demolishers look tiny, and you have and expansion that truly builds upon the foundation gameplay the original Dying Light had established.

This player is about to die.

BEAUTIFUL BUT DEADLY I don't think I really even need to speak on the graphics of Dying Light at this point. The game looked amazing a year ago and Techland really put in effort to make it look better. As you can see from the above picture, the Volatile model has been improved with greater texture detail and it is an overall nastier version of what was a nasty freaking beast to start with. If you have the option to play in 4K, you eyes are in for a treat which you will later regret while trying to sleep; when they get that close your chance of survival is not looking very good. The regular zombies have not had much of a facelift however; I could not say exactly how many models there are, but veterans of the game will notice the same decaying faces as last time around. It is primarily the Volatile and the Night Hunter that have seen the most graphical improvement. On the human front, I immediately noticed some reuse in the first safe zone. If you recall Dawud's son, he was carrying what looked like Link's Master Sword when you meet him in the sewer. The model of that same boy is in the first safe zone (doing the same little dance) where you meet Jasir and Ezgi but it's a different child. I can let that go because one of The Following's Easter eggs lets you construct and use that sword, but it is worth mentioning. Where the game truly shines is in level design. The landscape, lighting and water effects and features like being able to change the graphics filter are spectacular on the PS4. On a high spec PC you will be blown away. You will want to get the hang of knowing when to attack, hide and run to stay alive longer because literally, this Harran countryside is a sight to behold.

Dying Light: The Following was a long time coming. Techland had never actually said it was coming out in 2015, but thy alluded to it multiple times before finally giving the February 9 date. I think that when they first made the announcement that they were unsure themselves as to how big the game was going to be. The time they put in and commitment to quality has churned out a truly excellent expansion worthy of the original game. Often, when a game ends, even if you really want more you wonder to yourself where the developers could go from this point. When Crane killed Rais, he managed to restore some hope to Harran but there was still no cure to the viral outbreak. There almost had to be some form of continuation to the story and Techland did a great job on it. THe best players will find themselves somewhat humbled when they first start the new story and if you play on Nightmare mode I guarantee that humbling will come quite often in the form of a “YOU ARE DEAD” screen. There was a guy that played through all of the original game without using weapons; he used Crane's bare hands for everything. Good sir, I challenge you to do that again on Nightmare mode. If you can manage that without dying or with even less than ten deaths total, I think Techland would need to reward you. The Following itself is a reward to those that played the original game and bought the season pass early on. Considering that pass gave early adopters extra side quests, The Bozak Horde challenge skins, weapons, etc., you essentially got The Following for free. even if you are buying the full game for the first time this week, you are making off like a bandit with all the content passed inside. The Following, by itself, is more than enough reason to buy Dying Light. If you play the full experience from start to finish and get everything, depending upon how frequently you die you are looking at a minimum of sixty hours of gameplay. If you rush through and skip the extras, it would still be at least half.