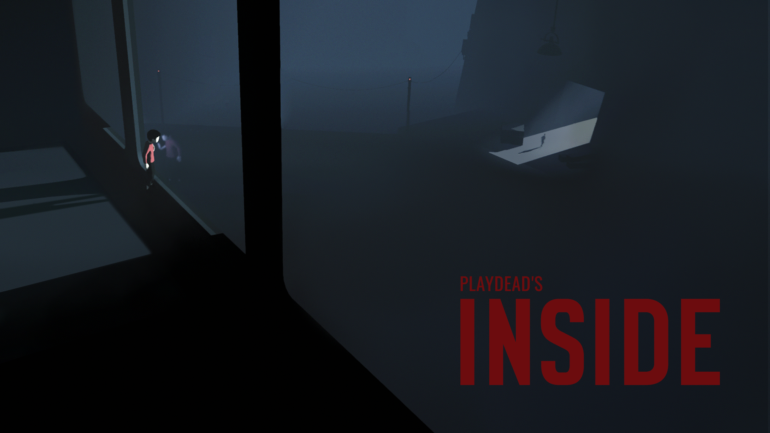 I want to take a moment before we go Inside this game (yeah, I went there). Playdead is an indie developer full of creative, yet twisted minds. If you doubt or need proof of that, l submit for your approval a little game called Limbo. This was Playdead's first title that launched back in 2010. The only definitive story information given is that you are a little boy looking for your missing sister. What follows is like something from the minds of the Brothers Grimm. Considering Playdead is based in Denmark, this is not a far stretch. Fast forward six years and their new title, Inside, looks to continue their tradition of making folk tale-like games. Now we find out if the spiritual successor to Limbo lives up to the company's legacy.

THE CREEPIEST PLACE ON EARTH Inside simply begins once the game loads. There is neither an intro cinematic nor music. A faceless boy in a red shirt runs through the forest. Almost immediately he is hunted by men with tranquilizer guns and dogs. If you are unfamiliar with Playdead's style, know that they create a world with no words; the story is left up to the imagination of those observing.

What can be determined from the visuals is that society has crumbled and this is likely due to nuclear war. There is some kind of Big Brother system in effect, but nothing seems to operate at 100% in this world. The boy is of interest to whoever is in charge because there is something different about him. Whether something dormant is awakening within him or he is an escapee of the facility is unknown. Players must decide for themselves whether ‘Inside' refers to something within the protagonist or facility. Secrets definitely reside within both.

This story grabs you from the moment you see the trailer. You do not know what is happening but you want to know more. Inside is not a scary game by any means, but it becomes increasingly more creepy as you progress. Dead pigs, a partially submerged research facility, the people who follow you – everything in the game is disturbing. Regardless, putting it down becomes impossible once you start; the need to find out what happens next is irresistible.

PERVERSE SCIENCE Two buttons and one stick; it sounds like a website that is not safe for work. In actuality, this is all that will be used to play Inside. The left analog moves the boy; you jump with X and interact with square. This simple control scheme will have you solving puzzle after puzzle. Most are straightforward but a few will bend the brain a bit. You will need to think on your feet because a door may close on you if you are too slow. In a few specific instances, jaws may close on you should you react too slowly. It is good that the controls are tight throughout the game. There are no “I pressed it!” moments or issues where the boy does not respond to your command input on the analog. Understand that every time you die (it will happen) it will be your fault.

POD PEOPLE Inside is a freaking creepy game. Allow me to clarify: the game is creepy insofar as subject matter and events. It is not scary at all so don't think Alien: Isolation. Unlike its predecessor, full color is used in this game. It is the use of faceless people and the intentionally drab color palette that unnerve you. In Limbo, you could see the boy's eyes; our protagonist here literally has no face. The imagery is powerful and that gets magnified by the fact that everything is happening to a small boy. The music raises the tension even more as it only plays when something is going to happen. That something is almost always bad. Every time I heard the slightest bit of music playing I felt like I was hearing the Jaws theme. There are a few underwater moments where that is more accurate than I'd like.

The irony of how much detail is put into everything except the people is not lost on me. I believe Playdead aimed for an anyman (or any child) story that let's the player figure out who is who. The music helps drive that across. It onyl comes in at moments where our protagonist is in immediate danger. Not counting footsteps and a few grunts, the game is otherwise silent. Pun not intended, but this actually puts you inside the boy's character because there are so few distractions. The true irony of Inside is how immersive it feels while Playdead went so light on audio and visual detail.

Inside is the kind of game you play in the dark. As I said, it is not scary, but the darkness enhances your connection to the boy. I feel that this game is a lot more disturbing than LIMBO. I mean, that game had giant spiders and little kids killing a little kid. This game has more realistic death and things that no one, especially not a child, should ever have to experience. Running across an active blast zone and having to protect yourself from being torn apart by shockwaves would not be a pleasant memory for anyone.The music makes you want to stop sometimes because you feel like “great, what is going to try and kill me now?” Combine that with graphics that give you just enough detail to not want to see more. No need to make the dogs tearing the boy's throat out any clearer, thanks. Puzzle fans and those who love to speculate about things will eat this game up. Top that with the fact that you can play through the whole game in about three hours tops and $20 is totally worth it. You will want to play this game more than once just to look at it and try to figure out what the hell is happening. Considering that Playdead will probably never make that crystal clear, this is one you will play over and over, come back after a long time and play again.

NOW KEEP THAT CREEPY SWIMMER AWAY FROM ME!

Full playthrough of INSIDE, with secrets, commentary and Alternate Ending.