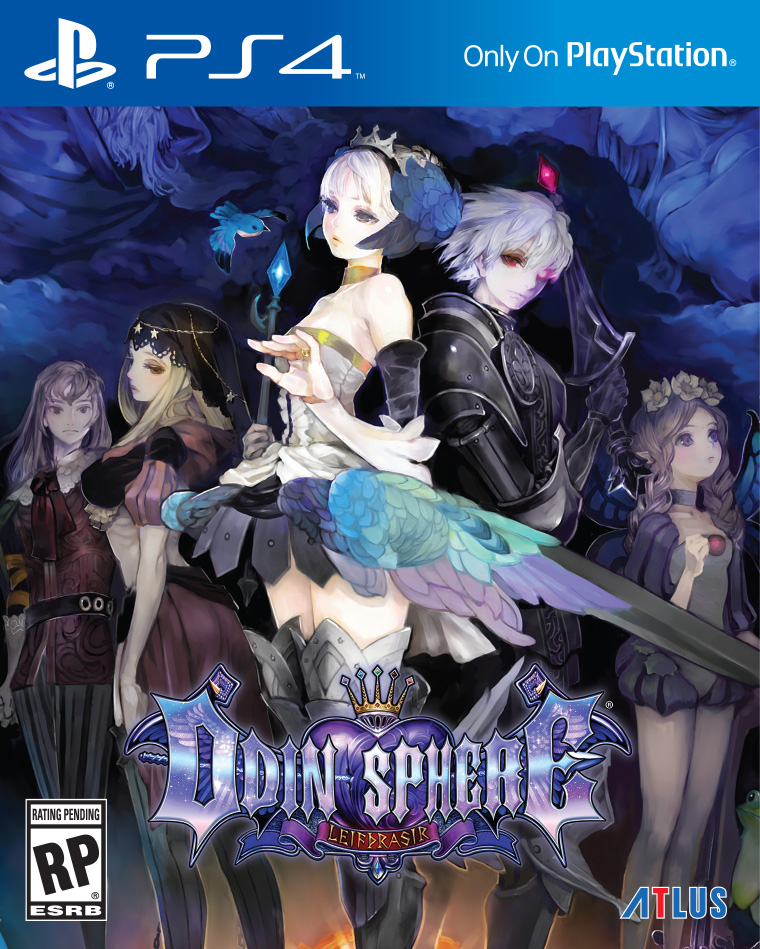 Odin Sphere Leifthrasir brings a PS2 classic into the current generation of Sony consoles and handhelds. Since the release of the PlayStation 4, I have remarked repeatedly on how reliant developers have become on remakes. All too often we see games that were on the PS3 and Xbox 360 getting “definitive” editions. All that has really meant is that the same game was mastered in 1080p; in some cases that was not even done very well. Here we have a rare exception to the rule. Make no mistake that this is still a remake but the original Odin Sphere launched on the PS2 almost ten years ago. Any gamer worth their salt has said “I wish I could play (insert name) if it were made with today's capabilities. For this reason, I looked forward to playing Odin Sphere Leifthrasir. I actually missed out on this game's initial release because the PS2 had way too many games for me to keep up with. It is time to see how this game has aged and if it is worth the time of today's gamers.

A TALE OF FIVE CITIES The game's story is recounted by a young girl named Alice. She is in her family attic reading books. Alice has an anthology of five books; each one telling the tale of a hero in the land of Erion. The protagonists are Gwendolyn, Cornelius, Mercedes, Oswald and Velvet. As you progress through each story, you will encounter the other characters who may or may not be friendly. As you complete one book, you unlock another and the tale proceeds from a different point of view. You will always see a different tale, but you may encounter familiar scenes seen from a fresh pair of eyes. This sort of fantastical “Pulp Fiction” keeps the player interested in seeing not only what happens next but hearing the tale anew. What you thought was happening may not be the case when seen from a different angle. As the tale of Erion unfolds, each character fights for what they believe in. Their ideologies may skew how they process information so you have to piece the “true” story together as you see it from each perspective. The only downside of this method of storytelling is its linearity. You are unable to change how the story unfolds. This is where the game's age became a factor. I am glad that the story was not changed, but I would love to see something like this done with decisions and consequences.

DOWNRIGHT FIERCE Odin Sphere Leifthrasir is an RPG by definition. That said, the action is intense for this genre. You upgrade your abilities, items and magic, just like any other RPG but the core fighting is not what you see very often. Plenty of other games in the genre allow you really get down and brawl with enemies but not quite like this. The combat almost feels like a Capcom fighting game from their vs. era. You can button mash and plow your way through even the toughest enemies. That will have you taking considerable damage however. There is a science of sorts that you can apply as well. In between the insane combos you pull off, you can access your item and/or magic menus for additional offense or much needed defense. Executed properly, you can trap even a level boss in between your frontal assault and the spell of your choice activating behind them.

That is just the combat aspect of the gameplay. The maintenance and enhancement of your characters has almost nothing to do with fighting. You do get many of your implements and ingredients from battle, but you have to wait for things to calm down before you can beef yourself up. Experience and leveling up come primarily from eating food. If only real life worked this way! Whether you grow it yourself or have someone prepare a meal, food gives you EXP which in turn raises your level. Ability points allow you to unlock magic and skills which raise your combat ability. It is a very cyclical process but it does involve some grinding. Alchemy also allows for the combination of chemicals and/or food to create enhanced items for use in and out of battle. RPG fans will quickly and comfortably settle into this system and the necessity of beating the snot out of your enemies to get these goods may attract action fans as well.

WHEN OLD MEETS NEW Odin Sphere had a very distinct graphical style when it originally launched on the PS2. The remake maintains all of the beauty and imagery of the original while allowing players to experience it in widescreen 1080p. The old saying “if it ain't broke, don't fix it” applies here and Vanillaware did the right thing using the original art. Visually this game is beautiful but the graphics still show their age. I do not want anyone to take this as a negative but it is what it is. Odin Sphere Leifthrasir is not going to bring home any graphical awards unless it travels back to 2007. Even then, it would be a tough fight.

It would be wrong to say that the game lacks in the graphical department, but where the graphics are not quite today's standard, the music still holds up beautifully. In scoring a fantasy, the music has to have a proper range to cover the lighthearted moments along with the visceral fight scenes. Vanillaware knocked it out of the park on this front and the music is just a great today as it was on the PS2.

I was not amongst those lucky enough to experience Odin Sphere on PS2. By 2007, I was still playing games on my PS2, but I was already watching blu-rays and playing PS3 games. I am extremely happy that I am not missing Odin Sphere Leifthrasir because it is a very fun game. The story is a bit pretentious and the characters tend to overact but that does not take away from the enjoyment. The graphics have aged extremely well; the only real difference between the original visuals and these are the widescreen presentation and 1080p resolution. Even back then the game looked like a cartoon during both story and battle scenes. That said, the graphics have aged; they do not live up to the standard of the three newer PlayStations that they are being offered on. For example, take the art styles of Street Fighter III and IV. There is a huge difference. I would have to think that if the game were made from the ground up today that would be the kind of graphical leap we would see. Speaking of fighting games, the gameplay felt like a mix of The Legend of Zelda with a Capcom vs. SNK title. The combos and special moves are extremely satisfying, especially when facing large groups of enemies. Despite the dreaded “remake” moniker that I usually condemn, Odin Sphere Leifthrasir is not to be missed by RPG fans.