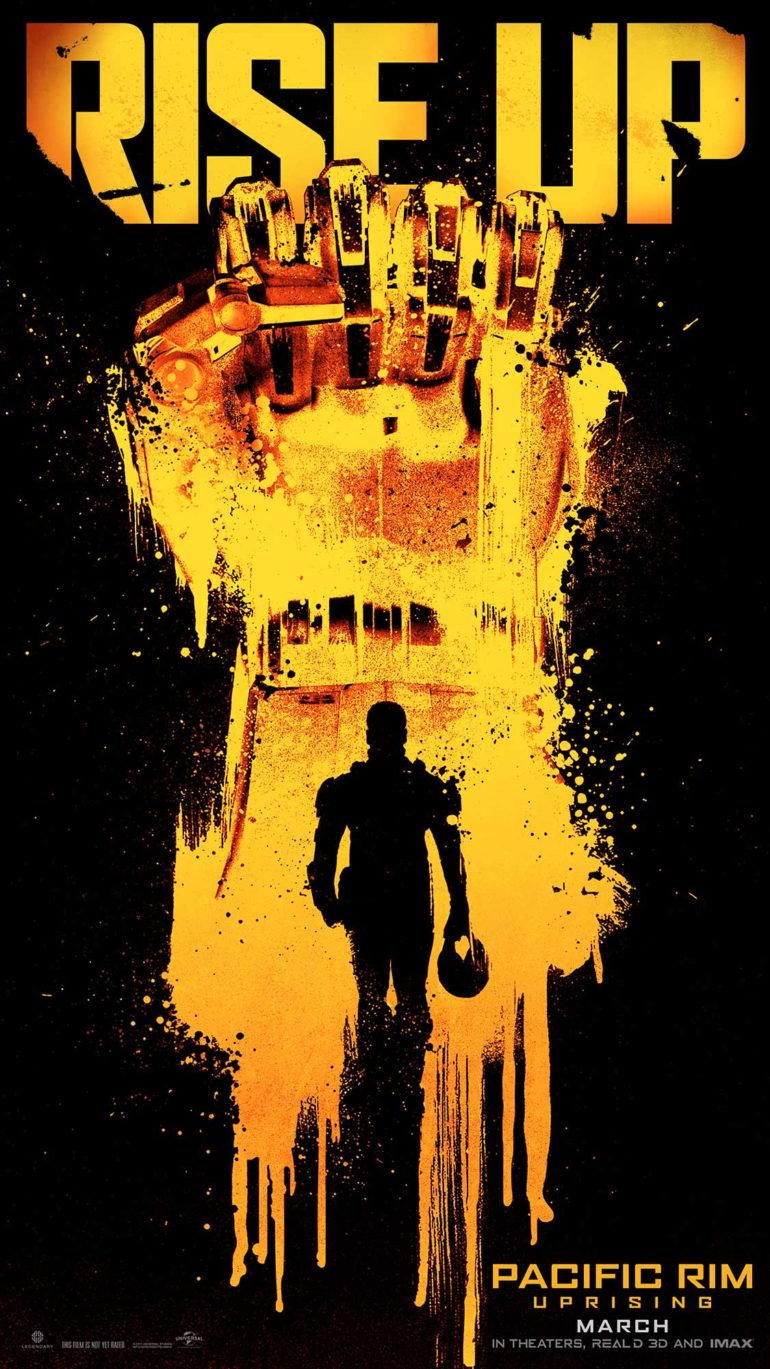 Flashback to July of 2013 and the little boy in me was very excited. A movie was coming out called Pacific Rim and I had to see it. I believe I went on record describing it as “MFn robots punchin' MFn monsters in their MFn faces.” The concept was so glorious that I did not even care if the movie was good. So long as the above quote was satisfied, I would be as well. In 2018, director Guillermo del Toro brings us the sequel, Pacific Rim Uprising. I will break it down and see if the little boy in me is still as excited.

The Kaiju War ended ten years ago when Stacker Pentecost (Idris Elba) gave his life to seal the breach. Earth is healing from the destruction suffered by continuous Kaiju attacks. There are however, areas that have been abandoned. One such area introduces us to Amara Namani (Cailee Spaeny) and Jake (John Boyega), son of Stacker. Amara wants to be ready for when the Kaiju return; Jake is running away from his legacy. A quick run-in with the law (and a Jaeger) gets them enlisted at a Shatterdome. Despite past experience with the PPDC, Jake must learn from Amara and vice versa. A surprise threat endangers the planet and they are among the few able to stop it.

Set aside the obvious fact that a movie about giant robots and monsters will not have the greatest story. Pacific Rim Uprising just feels forced in terms of plot. One the one hand, there are legitimate surprises in how the story develops. Unfortunately, the overall product is thinner than tissue paper. Even fans of the first film may have difficulty swallowing this pill.

it was obvious that Idris Elba was not going to make an appearance in this sequel. Thankfully, John Boyega had enough charisma to carry Pacific Rim Uprising. He was essentially the glue that brought (most of) the cast together. Burn Gorman and Charlie Day were the only characters that had chemistry without him. Reprising their roles as Doctors Gottleib and Geiszler (respectively), they were great together. Spaeny was very good, but ninety percent of her scenes were with Boyega. Honestly, the rest of the cast was just kind of there to make them shine. I just felt like there should not be a sub-story about new recruits if only one of them was going to matter.

You're Gonna Get These (Plasma) Hands

One hundred and fifty million buys a lot of popcorn, so it had better produce some spectacular effects. The first film had spectacular CG fights between Jaeger and Kaiju. Pacific Rim Uprising does not disappoint in the quality of the effects. Sadly, the quantity and usage of CGI was a bit of a letdown. That little boy that wants to see ‘robots punchin' monster faces' got robots punchin' robots instead. The Jaegers were colorful but less inspired than the first film. In terms of design, each Jaeger seems to have a distinct color and that's it. The focus was on weaponry. Normally I would not care, but said weaponry was only put to use at the end of the film. 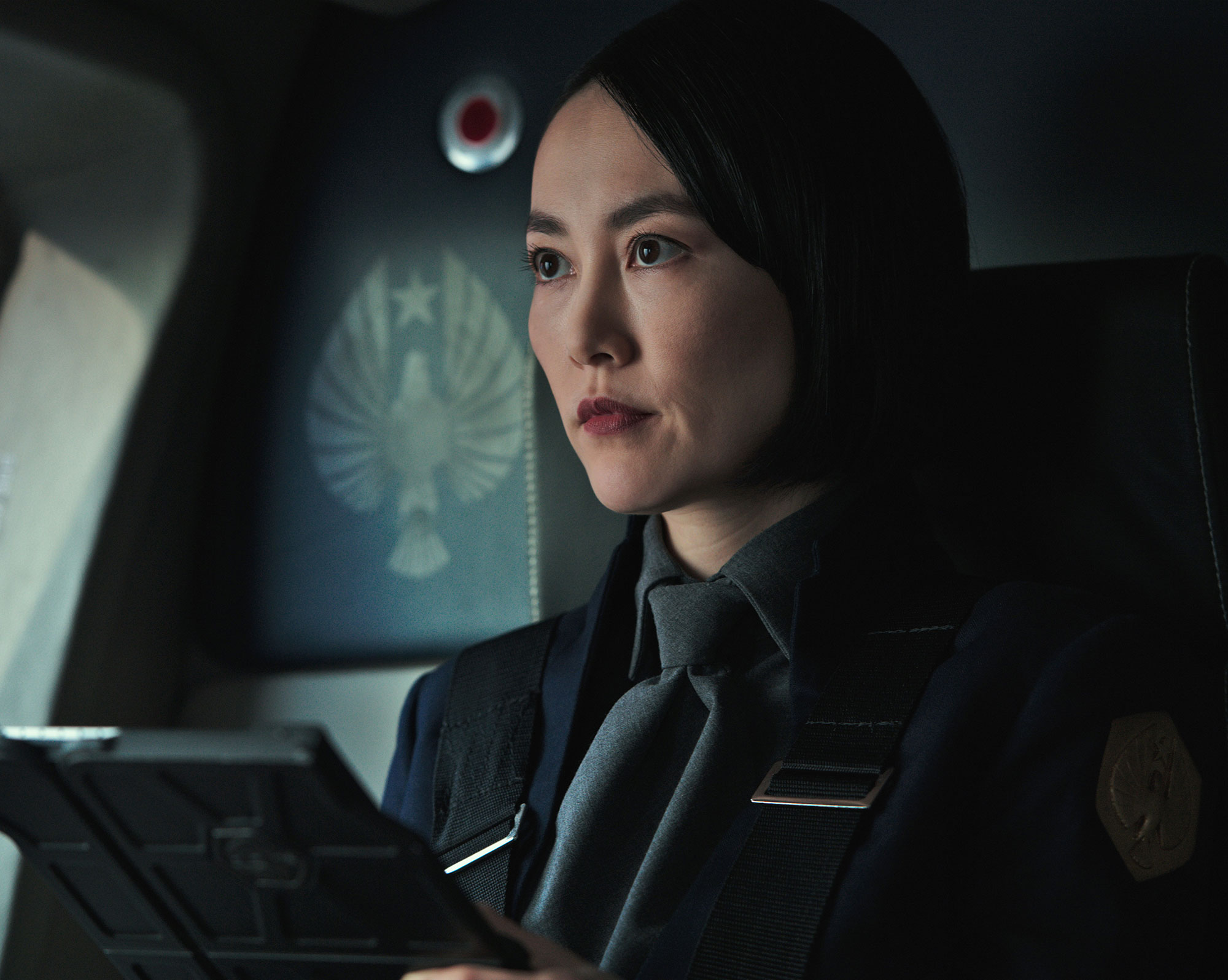 Verdict: Should ‘Pacific Rim Uprising' Be Put Down?

This is a popcorn flick. If you went to see it for its story, even as a huge fan of the first, you made a mistake. The Pacific Rim series is for people wanting to see fantasy violence against an overwhelming opponent. You should avoid both movies if mech combat is not your thing. Getting back to the question at hand, I found Pacific Rim Uprising to be a letdown. Overall I enjoyed it, but this is nothing you need to rush to theaters for.

The primary flaw of this film is the fact that the creators kinda forgot what this series is about. Pacific Rim Uprising has nearly a two hour run time and less than a sixth of that was about fighting Kaiju. When we finally get said big fight, it was not as amazing as in the first film. The Jaegers had great weapons but the first film was awesome because of improvisation. Gipsy Danger smacked a Kaiju with a boat, for crying out loud. Dropping buildings feels blah, especially since it was done recently in Shin Godzilla.

The story was extremely weak, but still fun. They tried to do something different with how the Precursors planned their attack. I can appreciate that, but the execution just dulled the action for someone that grew up on Godzilla marathons. A not to Legendary Pictures – if we wanna see nondescript robots assaulting each other, we have crappy Michael Bay movies to watch. Please keep in mind for Pacific Rim 3 that Jaegers should fight Kaiju and lots of them. Worst of all is that despite all the rumors, there was no Legendary connection. If you are a fan of films from this company, you know exactly what that means.

Wait for this one to hit home video. If you must see it in theaters, do not spend the extra cash on IMAX 3D.