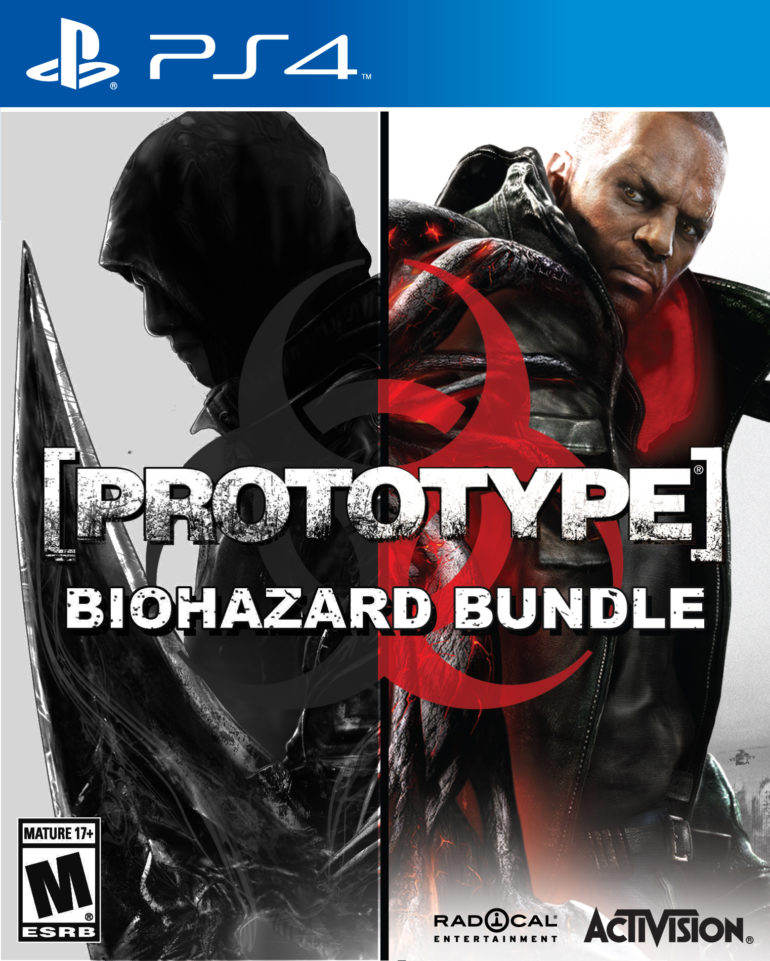 Yours truly was a huge fan of the first Prototype game. The combat was a bit simple and repetitive, but the story was engrossing and a bit poignant from the view of Alex Mercer. Initially he just wanted to figure out exactly what had happened to him and who made him into the thing that he had become. That search let players like myself literally tear up and down the island of Manhattan. Taking on monsters, the military (and their monsters) and ultimately a nuke made the summer of 2009 very enjoyable. The story was left open however. Mercer was free to do whatever he chose at the end of the game and we were left to wonder when that question would be answered. At e3 2011 we found out that Radical Games was hard at work on the answer. However, things at first were a little bit confusing because Prototype 2 was not to star Alex Mercer. Instead we had a new character in the name of James Heller. I was torn because I definitely wanted to play the game but I did not understand why I could no longer control my favorite coughing and complaining viral mass of destruction. I was going to have to wait until April of 2012 to get my answer.

WHAT THE HELLER? It seems that when nearly three years pass, you sometimes get hazy on small details. At the end of the first Prototype, Alex Mercer had come to realize that he really wasn't Alex Mercer. That man died in Grand Central Station before any of this madness even started. However, Alex Mercer did create what he was. When he broke that vial, Mercer was the first person that the Blacklight virus consumed and became, so he kept the name. Having consumed so many targets in the search for the truth, he probably took on the twisted characteristics that many of them had. He no longer wanted to stop the outbreak because he came to realize that he was the outbreak and he could control it, especially after having consumed Elizabeth Greene. That was pretty much all she wrote for the island of Manhattan. Unfortunately for war hero Sergeant James Heller, his wife and daughter were right in the middle of that. With his family dead, three words continually consumed his thoughts: Kill Alex Mercer. Heller does everything he can to be assigned to the Red Zone (Times Square to South Street Seaport) and the moment he got in, Mercer found him. Instead of killing him, Mercer infected James Heller and turned him into the same thing he'd become. Alex told Heller that it was Blackwatch, not him that was responsible for the death of his family. He gave him abilities to make him strong enough to help Alex bring Blackwatch down. Heller was told that Mercer would find him again once he was strong enough. Now James Heller has the same mission but instead of one, his targets are numerous. He sought out help starting in his old neighborhood.

The way in which Prototype 2 begins is fantastic. I think that Radical Entertainment knew that people wanted to play as Alex Mercer so they had to figure a way to quickly invest you in the welfare of James Heller. Killing off his immediate family and making Mercer responsible worked like a charm. Just seeing that “gone” look in Heller's eyes I wanted to get my hands on Alex in the worst way, knowing that there was no possible way for a single human by himself to do anything to Mercer. This is also where the storytelling falls off for most of the game. The Web of Intrigue was optional in the first game and there were only a few consume events that you had to take part in to drive the story forward. In the sequel, the Web of Intrigue is non-existent, a huge mistake in my eyes. A lot of games go way too far in fleshing out a story and force all that information on you. That can be really boring. The first Prototype fed it to you in bits and pieces and after each spoonful asked if you wanted more. Without the option, the story is not nearly enough of a meal to satisfy. This was where a remake could have gone a long way to improve the product but nothing was even attempted.

ONCE YOU GO BLACK(LIGHT) I mentioned in part 1 of this review that the controls of Prototype 2 were much better than its predecessor. Once again, FUN Labs left things alone and focused on what to do with the touchpad and options button. In the absence of the Web of Intrigue, the options button brings up the backend menu for saving, loading and modifying A/V settings while the touchpad brings up the game and RADNET menus. For these reasons, the Dualshock 4 just feels better in the hands playing the sequel versus the first game. You still gain XP by completing missions and challenges but Heller levels up when he obtains a certain amount of experience and is able to upgrade one part of his arsenal at a time for each level. There is a separate mutations menu that does things like make Heller jump higher, run faster and glide further. This set of upgrades is accessed by completing Blacknet missions. Unlike regular missions, these require you to hunt and consume a specific target and use their knowledge to infiltrate and sabotage Blackwatch. The mission variation and abilities of James Heller definitely make Alex Mercer look like yesterday's news, but the problem is that Prototype 2 offers no challenge whatsoever. Prototype was hard. On the normal difficulty, you would die a lot fighting the later bosses. It wasn't even one of those situations where you might keep dying but you are whittling down the boss' life bare either. You would always have to start from a checkpoint. And then there was the actual hard mode. Prototype would just throw more and more at you until you could barely handle anymore. Then it would throw even more. In Prototype 2, things get challenging, but only to a point. You learn patterns and adapt quickly. After I beat it and played it again on hard, I found myself pausing over and over to make sure the game was actually on hard. The hard setting was almost easier than normal because of the New Game+ feature. I am not going to beat a dead horse in saying that nothing was done to remedy this with the remake anymore.

NO TREATMENT NECESSARY If I sound like I am being harsh on this game, it is only because I really enjoy this series and I want it to be the best it can possibly be. This especially would apply to a second release on a more powerful set of game consoles. Prototype 2 was technically superior to its predecessor; it just was not the overall better game. Its best foot forward was with its graphics. Even on PS3, Prototype 2 was a beautiful game. While the enhancements that FUN Labs applied do not bring it up to what the PS4 is capable of, the game still looks really good. The day/night cycle I dumped on in the first game looks just fine here but it was in the original sequel. The enhancements that were boasted for the overall bundle definitely feel like they were applied here. Note that I said “feel” because I still cannot measure framerate but it seems fine in this game. It is a real shame that the graphics, sound and technical aspects of Prototype 2 are the only parts of the entire bundle that I feel are fine the way they were presented.

Prototype 2 left a bit of a bad taste in my mouth back in 2012 and that is part of why I was initially excited for the Prototype Biohazard Bundle. The story sold me on James Heller and I got to somewhat like his character, especially once he had something to fight for at the end. The problem was I guess I just really wanted to be Alex Mercer. The biggest issue however, was that Prototype 2 completely ignored the plot hole left open at the end of Prototype. Elizabeth Greene had a child. The child was purposely moved to the other side of the country from her to keep them separated. Codenamed “Pariah,” the child is kept in Vandenberg AFB (look it up, it's real), located roughly 10 miles outside of Lompoc, CA. Initially I thought Prototype 2 would take place in California or at least culminate there because the first game mentioned how Mercer and Pariah meeting would be an “extraordinarily bad” idea. It was thought that the boy, who by our standards is over thirty years old, was the only being that could stop Alex Mercer. That has obviously been proven wrong. Even though Heller has a reason to “remain human,” the fact that he is free and that he definitely knows about Pariah leave the possibility open for a final game that would tie up loose ends. As I said, I thought this was the purpose of the Biohazard Bundle, to drum up excitement for the development of this third installment. e3 is a few months away so I can patiently wait and hope. Activision disappointed a lot of fans with what turnout to be a blatant cash grab. Unless you have never played Prototype at all, there is no reason to purchase this game. You would also be doing yourself a disservice if you bought either of these “remastered” games separately. Both games bundled will cost you fifty dollars, but part 1 separately is $30 and part 2 is $40. Anyone looking to play either game for the first time is cheating themselves if they buy anything but the bundle. I hate that I had to bash this series at all; I only hope that Activision has Radical Games working on part three so that fans can get some closure. After this mess they lied and called a remastered bundle, they really owe it to us.