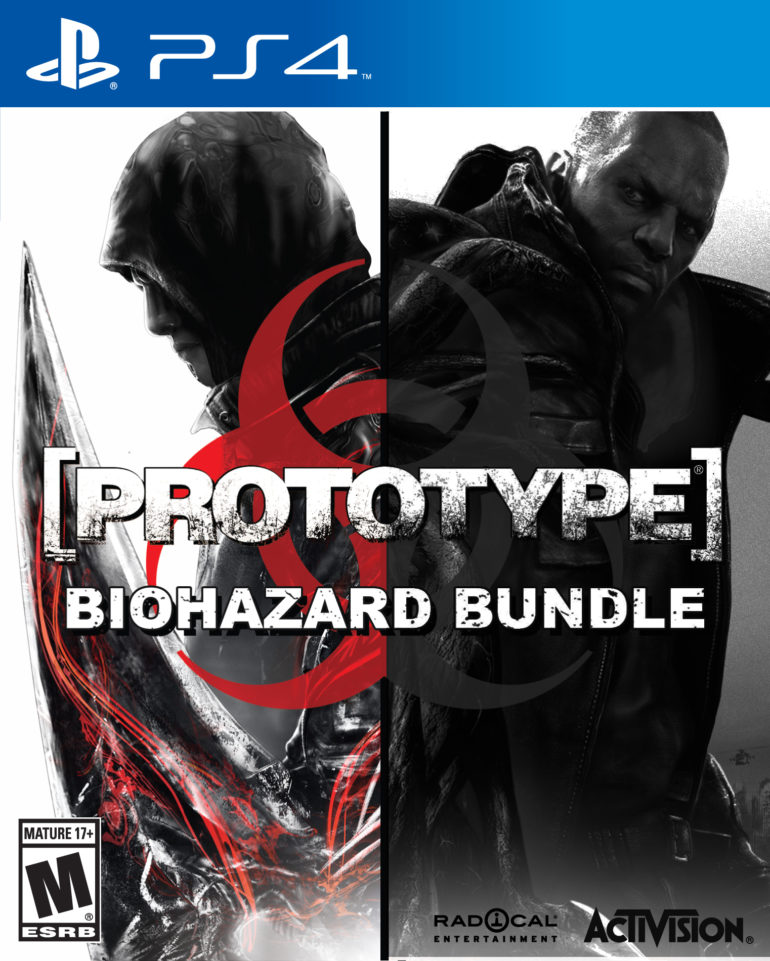 Back in 2009, Radical Entertainment brought us the original Prototype video game. They were best known at the time for the Crash Bandicoot series and the game Scarface: The World Is Yours. Personally, I knew them for a slightly less notable game called The Incredible Hulk: Ultimate Destruction. This was one of the best superhero games ever made and that still stands true today, but it did not sell well. Radical decided to use Hulk's game engine to create the story of Alex Mercer, protagonist of the first Prototype. Once the story unfolded however, I became engrossed in the game and could not stop playing it. Even with a smaller character, it felt great being able to do a Macho Man Randy Savage elbow drop off the top of a building to destroy a tank. Prototype became one of my favorite games of 2009. I was in a minority that did not compare it to Sony's inFAMOUS which came out at roughly the same time. For the record, both games were great. Fast forward to 2015, where Activision announces a remake of Prototype. I was hoping they were looking to gauge interest in a possible third game and I still hold on to that, but let's see how developer FUN Labs did with bringing this game to the next generation of consoles first.

BLACKLIGHT REVISITED We all know that our government (doesn't matter which) has dirty little secrets. In our story, the United States government had worked with a company called Gentek for decades in attempts to weaponize a virus they called Redlight. The experiment was conducted in a small town called Hope, Idaho. Families were brought in and told that it was an experiment to make people self sufficient in the wake of a nuclear war. The truth was they were testing the virus which had a 99.999% mortality rate and had infected 70% of the population of Hope in three days. There were two survivors: Elizabeth Greene and her then unborn child. Greene was moved to a high security Gentek facility in Manhattan where she did not age for four decades. A brilliant scientist named Alex Mercer used samples from Greene to create a new strain of the virus called Blacklight. Unfortunately, he also then learned what the government was up to and tried to escape Gentek with the sample. He made it to Grand Central Station where he intentionally broke the test tube containing Blacklight before being shot to death by the military. He woke up on an autopsy table back in Gentek and that is where our story begins. Alex Mercer thinks himself still human but in reality he is now the Prototype for the Blacklight virus.

SAME AS IT EVER WAS When Activision announced that they were releasing the Prototype Biohazard Bundle, the press release only mentioned that the game would be fully rendered in HD, have a better framerate and that textures and effects would be improved. Regardless, one would think that the gameplay would at least get a tweak to where the first Prototype would receive the better control scheme that the second game had. This would sadly be incorrect thinking. The controls from the original game are completely intact as they were in 2009. That means the game is absolutely playable but things may not always go the way you want. Controlling Alex is very simple when you are in free roam; simple tasks like consuming Web of Intrigue targets and fighting small to mid-sized enemies becomes routine. However when things get crazy and you find yourself fighting multiple enemies like Tanks, choppers and hunters all at the same time, the controls may seem loose and flighty unless you are really good at the game. Even then it can be a chore to clean up so to speak, especially if there is a boss amongst all that madness. The targeting system is wonky at best.  You can position Alex to where he is literally looking at a potential target, click L2 and he will target a helicopter tat is much further away because it is the “larger threat.” Switching between targets does not work well unless they are all in view either. The combat works well as long as you know the limits of Alex' abilities. You do not go head to head with a leader hunter or a tank using your claws unless you are extremely good at dodging. The massive amounts of carnage and destruction you are capable of in the game thankfully make up for a lot of the shortcomings. Unfortunately, that cannot really be said a second time around when you had time and technology on your side to remedy said shortcomings.

UNEVEN POLISH I mentioned earlier what enhancements over the original game were going to be offered in this bundle. With regard to Prototype, I can say that FUN Labs definitely increased the resolution from 720p on the PS3 to 1080p on the PS4. Unfortunately, that seems to be where the improvements end. Since this is a game console and not a PC, I have no way of measuring frames per second, but the framerate is not steady in this game. Just as with the original, there is some slowdown when the action gets intense. This does not really apply to the pedestrians as the PS4 can handle quite a lot of them on screen with no problem. It is when you have to fight combinations of military vehicles and evolved infected like leader hunters and hydras where you can clearly see the slowdown. It is not so bad that it is game-breaking, nor was it originally, but it is always a bit annoying. Textural effects have been improved, but only to the point of what PCs were doing back in 2009. Basically, if you play Prototype on the PS4, you are getting the 2009 PC version of the game. When effects were mentioned, the only noticeable one is lighting. The game has a day/night cycle not originally present. It adds nothing to the quality of the game and hopefully you did not have your TV on a cinema setting before you hit start. Whoever added the night cycle has never been to Manhattan at night. Unless you are in an alley or something, the island is nowhere near as dark as the game makes it seem. This is why I mentioned TV settings. I play a lot at night and watch movies til I pass out so I had my screen set for a darkened room. When the sun set in Prototype I could barely see Mercer. What is worse is that this effect only seems to work in non-infected areas. I hit a red zone in the game when it was still night time but suddenly it was as bright as high noon; and then it was dark again when I left the red zone. Graphically, there is nothing to write home about in terms of how this game was supposedly enhanced.

When I played Prototype back in 2009, I thought it was fantastic. The gameplay was not spectacular, but it was a lot of fun. Immediately I saw that the game was essentially an older Hulk game with a facelift, but I was not upset because I loved that game as well. Then there was the Web of Intrigue. A side quest that spanned the entirety of the game actually made the game better. They made it mostly optional, understanding that many gamers just want to play and don't even care about a story. For me, I love a great story and completing the Web tells a great story. There was nothing for FUN Labs to fix here and thank goodness they left it alone. Moving on to the gameplay, all of the action commands were again left alone which was unfortunate because there was room for improvement. Then there is the issue of the difference between a Dualshock 3 and a Dualshock 4. FUN Labs felt the need to use all of the extra buttons and did a poor job of it. The Options button brings up the Web of Intrigue. This button is classically the pause button for PS4 games and should have brought up the menu. In the original game the Web was accessible from the menu and did not need it's own button. What they should have done is make the touchpad the map button (instead of the menu). The touchpad would have been great for scanning the map and dropping waypoints. This is a minor gripe because it does not affect gameplay but I press the options button so frequently expecting the menu to come up and it is tiresome. Graphically, the game looks good, just not PS4 good. Prototype on the PS4 is far from a bad game. The issue is that if you played it on the PS3 or any other older platform, there is no reason to buy this again.